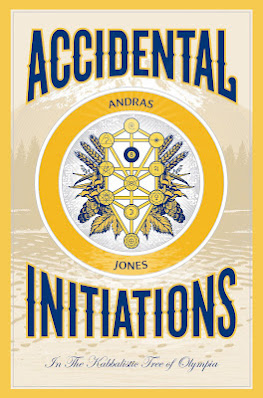 Accidental Initiations is a book I bought from Amazon after I had read Andras Jones’ chapter in The SYNC Book.
To quote The SYNC Book Press site's blurb about the book;
"A Kabbalistic Tree of Life built into the architecture of the city of Olympia, Washington provides the setting for Andras Jones’ psychedelic Walden Pond.
Part travel guide, part intimate memoir, part gonzo self-help book, Accidental Initiations in The Kabbalistic Tree of Olympia is that rare literary feat; a living document.
Invite yourself into its pages and prepare to be transformed, initiated and entertained. Whether Jones is holding forth on concepts such as The Pop Oracle, A Balanced Diet of Cults, Honor Among Men, or introducing readers to the artifact that gives the book its name, he does so with a keen wit and a provocateur’s knack for raising difficult issues; beginning conversations that will continue long after you have left its pages.
At the heart of his story is Jones’ quest for justice and “awesomeness” in the face of what he calls “the boring haters.”
It’s a personal tale of a man, a magickal item, and a small town on the banks of a vortex."

Now, those who don't know who Andras Jones is, you might want to watch the You Tube below.
He plays Rick Johnson in
A Nightmare on Elm Street 4: The Dream Master.
He is also the host of a show called Radio8Ball.
I was hooked from the first chapter when Andras wrote,
"There is a Kabbalistic Tree of Life in Olympia.
It is hidden in plain sight....
Before the "Greeners", it was the loggers and the brewers..."
My grandparents on my mother's side were loggers and those who know me will know what the word "brewers" means for me personally ... and no, I don't have a drinking problem ... yet;-)
But, I was more than hooked when he wrote,
"At the center of historic Olympia is Sylvester Park, a bucolic 19th century village green with a gazebo at it's heart."
My synchronicity ride really got going when my cat Sylvester got run over and I had to bury him.
Gabriel (Peter)
I buried him in the forest opposite the above park ... which now happens to have a gazebo in it.
Underwood Road, Priestdale
There is also a Buddhist temple across the road, a little up from this park.
Welcome to the Year of the Dragon 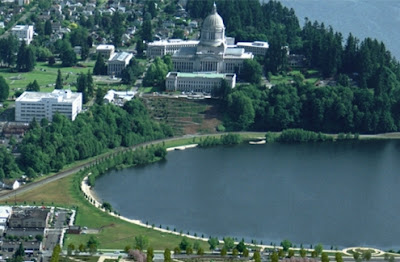 The walk in the book takes place around Sylvester Park and surrounds in Olympia, Washington. 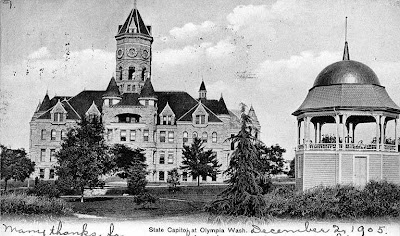 The tree in the book is situated near the Old Capital Building.
The walk/tree starts at The Kneeling Freemason of Malkuth - George Washington. 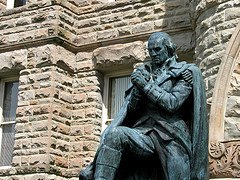 Andras also reprints his chapter from The SYNC Book,
"The Pop Oracle", which starts off -

"Here's a game I call Radio8Ball:
1. Ask a question to The Pop Oracle.
2. Pick a song at random and listen to it.
3. Think about and / or discuss the answer.
The Pop Oracle makes all of this truth palatable by using music as a vehicle.

It doesn't even have to be a "good" song.
As long as it's randomly chosen you will be able to find your answer in it and,
in so doing, reveal the song's genius.
Even an innocuous pop song carries a tremendous amount of cultural information
that makes it an ideal vessel for divination"

The thing that sent shivers down my spine was that when I was burying my cat Sylvester, the Peter Gabriel song Digging in the Dirt started playing as I started shoveling the dirt over my dead cat, and pretty much ended as I had finished filling in his grave.

"Sylvester is a name derived from the Latin adjective silvestris meaning "wooded" or "wild", which derives from the noun silva meaning "woodland"."
From that point on I took notice when a song would sync with me like that.
This was the point in my life that I started taking synchronicity a little more seriously. 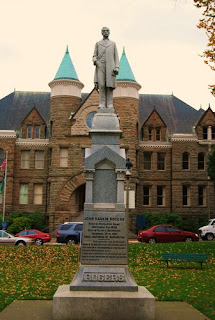 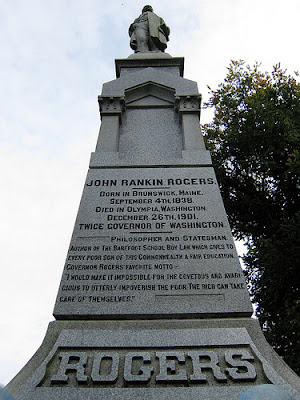 Inside Sylvester Park Andras takes us to the first landmark, which he identifies with Yesod on The Tree of Life.
A statue of John Rankin Rogers.
And he writes an interesting chapter about the phallic statue of Yesod.
And isn't a 'roger' a slang term for a phallus?-)

In the next chapter "A Balanced Diet of Cults", Andras talks about his cults, such as Baseball, Manhood, Yoga, Kabbalah, Chemistry, etc.
And CULTure in general.
He writes about his study of Tantric Yoga.
He writes,
"I didn't know I was learning Tantra when I was studying the actor's craft at the Vincent Chase Workshop in Hollywood with teachers like Tom Shadyac and W.Morgan Sheppard in the late 80's and early 90's."
I AM (Tom Shadyac) 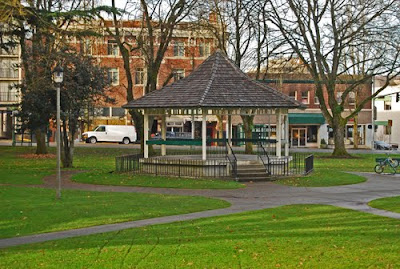 Andras writes that the center of The Tree (Tiphareth) is the gazebo.
He says that the original gazebo was built in 1893 and was burned, or taken down during the first world war, because it looked like the Kaiser's helmet.

The current one was built in 1976.
He says that the gazebo is in the heart center of the tree, and then goes on to tell some personal stories of the heart. 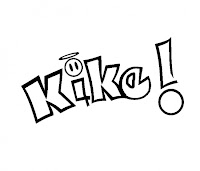 Andras also has some controversial chapters in the book such as "Kike", about his perceived experiences of being Jewish in Olympia.
Which being a secular Jew myself, I found an interesting read.
But there is also controversy surrounding his sacking from KAOS radio in Olympia, which you can read about here in the customer reviews;

http://www.amazon.com/Accidental-Initiations-Kabbalistic-Tree-Olympia/dp/1470160099/
and a chapter titled "C#nt Punch" (spelled incorrectly on purpose on my part;-)
This humble drinking fountain for humans and pets represents Love and Mercy and the entry point of "all things needful".
And Andras says it represents The Circle of Chesed on The Tree. 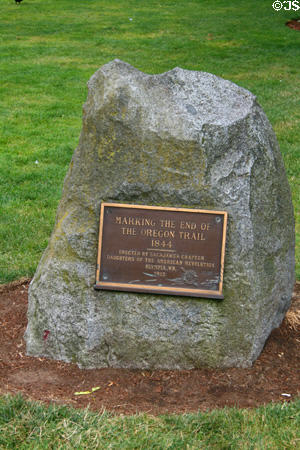 Then he draws attention to a stone with a plaque that marks the end of "The Oregon Trail".
He writes,
"The bloody trail of manifest destiny and the conquest of the Americas END HERE!
Think about that!
The full monty of European conquest, the nightmare and the dream, woven tight with the wrong and sacred ideas of so many previous generations winds itself around the Chesed corner of
The Kabbalistic Tree of Olympia."
Andras continues guiding us around The Tree and ends the book with a photo of the real tree that he wrote about at the beginning of the book.
He finishes by writing,
"You can follow and participate in my continued explorations of
The Kabbalistic Tree of Olympia in the sequel to this book, Accidental Initiations 2 at http://accidentalinitiations.com/"
An interesting read, indeed, in my opinion.

Update: August 1st, 2012
There seems to be a sync happening with bandstands here.
Mike Perry from England, who I weirdly sync with quite often, tells me in the comments section below that the bandstands in this post reminds him of the one in his childhood town of Hayes.
Mike Perry 2:39 AM, August 01, 2012

Sounds fascinating. When I saw the two gazebos it transported me to the town where I was born - Hayes (west London). In the park there is a bandstand very much like the gazebos. Not sure at the moment why I should feel so strongly about Hayes at this time.
Which is odd, because when I clicked on the link Mike gave me, underneath the picture of that bandstand it says -

"The bandstand is used each summer for concerts.
The park and bandstand were featured in the film
'Bend it Like Beckham' ".
The star of the movie was Keira Knightley who is also in
A Dangerous Method, a movie that Andras has referenced in his latest post;
The Sync Cabin (Non-Local 720)
And if you watch the clip from A Dangerous Method that Andras has used on his blog, you will see Keira Knightley getting a slap on the bottom, which sounds oddly like the crack in the bookcase that Freud and Jung are discussing:-)
Posted by Brizdaz (Darren) at 7/28/2012 03:34:00 PM