Every year when I go to the Chinese temple to celebrate
Chinese New Year I'm given a red envelope at the end of the blessing ceremony, which usually contains some trinket along with a thank-you message from the temple community.
This year it was a hanging ornament containing a gold coin on a card with the words auspicious blessing written on it. 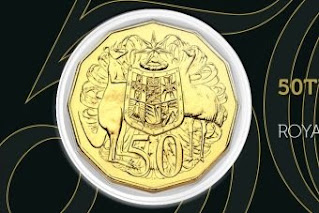 The Royal Australian Mint (RAM) will celebrate its 50th birthday this weekend by throwing open its factory doors to the public and releasing a golden commemorative coin.
Since the RAM first opened its doors in Canberra in 1965, it has churned out about 15 billion coins for circulation.
Fifty years ago, the mint was officially opened by
His Royal Highness Prince Philip, along with prime minister
Sir Robert Menzies and federal treasurer Harold Holt.
At the time, a postage stamp cost 4 cents, newspapers 5 cents and the average weekly wage was $63.
RAM chief executive officer Ross MacDiarmid said the anniversary marked a monumental occasion for Australia.
"The Royal Australian Mint was purposefully built to make Australia's new coinage in time for the introduction of decimal currency the following year," he said.
"Over one billion coins had to be made and they unveiled not only a new system of currency, but also six new coin designs - one, two, five, 10, 20 and 50 cent coins showcasing Australian wildlife."
Canberra resident Patricia Hammond made a special visit back to the Mint for the open day.
Ms Hammond was at the Mint opening in 1965 and remembered hearing sheep from a nearby paddock during the official ceremony with Prince Phillip.
"I was 33 years old in 1965 and was living in Hughes," she said.
"We all had seats sitting in front of the Mint, and there was a large paddock in the background with a lot of noisy sheep.
"And Prince Phillip turned around and said: 'Well, I've got an audience in the front and back, and I've never opened a Mint before in a great big country field, so good luck' - and that was it."
To mark the mint's golden anniversary, a limited edition, gold-plated collectible coin has been produced.
Appropriately, it will only be available for 50 days - and the total number made, 22,265, matches the anniversary date of
22 February, 1965.
The coin and can be purchased at the mint and online from February 21.
On a side note to the story above, I notice that Harold Holt, who would later become an Australian Prime-minister later on in his career, was the federal treasurer when the RAM was opened.
Harold Holt when acting Prime-minister of Australia would go out for a swim in the ocean ... so the story goes ... and never be seen again.
He just vanished.
"On the morning of Sunday 17 December 1967, Holt together with friends Christopher Anderson, Jan Lee and George Illson and his two bodyguards, drove down from Melbourne to see the British yachtsman Alec Rose sail through Port Phillip Heads in his boat Lively Lady to complete a leg of his solo circumnavigation of the globe, which started and ended in England. Around noon, the party drove to one of Holt's favourite swimming and snorkelling spots, Cheviot Beach on Point Nepean near Portsea, on the eastern arm of Port Phillip Bay. Holt decided to go swimming, although the surf was heavy and Cheviot Beach was notorious for its strong currents and dangerous rip tides.
Ignoring his friends' pleas not to go in, Holt began swimming, but soon disappeared from view. Fearing the worst, his friends raised the alert.
Within a short time, the beach and the water off shore were being searched by a large contingent of police, Royal Australian Navy divers,
Royal Australian Air Force helicopters, Army personnel from nearby Point Nepean and local volunteers.
This quickly escalated into one of the largest search operations in Australian history, but no trace of Holt could be found.
Two days later, on 19 December 1967, the government made an official announcement that Holt was thought to be dead. The Governor-General Lord Casey sent for the Country Party leader and Coalition Deputy Prime Minister John McEwen, and he was sworn in as caretaker Prime Minister until such time as the Liberals elected a new leader."
Harold Edward Holt, (5 August 1908 – 17 December 1967) 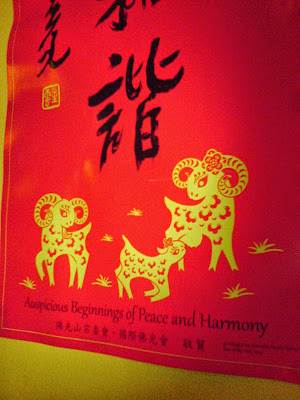 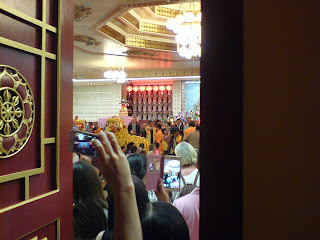 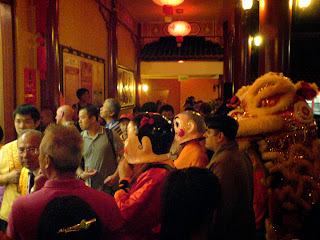 Also on the subject of the RAM and money, when I was grocery shopping yesterday I was craving an iced coffee, so I went to the dairy cabinet in the supermarket and found this brand of iced coffee, which I had not heard of before and thought was rather unusually named considering the milk came from a cow and not a RAM.
What other event was held on the 22nd of February this year featuring gold? 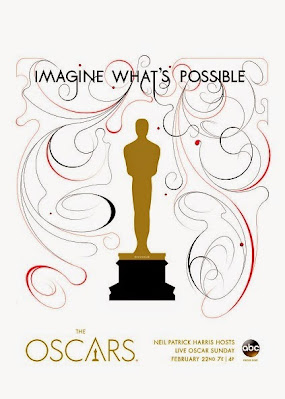 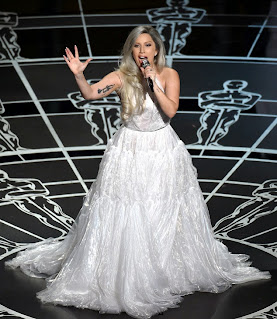 "Lady Gaga has described meeting Julie Andrews after she performed her Sound of Music medley at the Oscars as a "magical" surprise.
Dame Julie joined the singer on stage at the 87th Academy Awards to celebrate the 50th anniversary of the film classic about nun-turned-governess Maria Von Trapp who falls in love with her widower boss, a retired naval Captain played by
Christopher Plummer.
After a clip of the movie, Lady Gaga appeared in a floaty white dress to perform a medley featuring The Sound Of Music,
My Favourite Things, Edelweiss and Climb Every Mountain - to an overwhelmingly positive reaction on social media."
Lady Gaga on Julie Andrews' surprise Oscars appearance 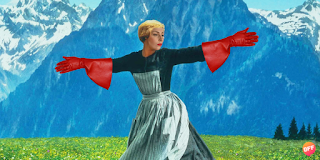 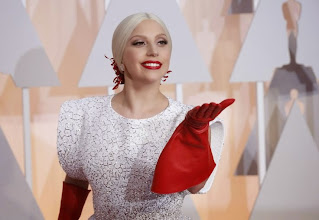 On a personal note, I was born in the Year of the Dragon and am 50 years old at the moment. 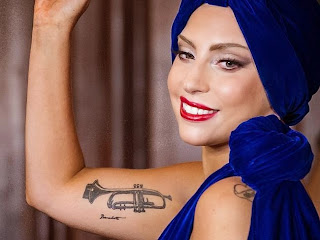 I wasn't going to add this part to the post, but I find it personally synchy
and funny at the same time.
I couldn't take my eye off Lady Gaga's trumpet tattoo when she was singing the Sound of Music songs at the Oscars.
All I kept thinking when seeing that tattoo was I don't like it and I wish it wasn't there, not that it's got anything to do with me what LG puts on her arm, but that was the thought I just couldn't help thinking while watching her performance.
Then later on that night I go back to watching the TV series Lost and the episode I'm watching has a road sign in it that I've never seen before and I couldn't help thinking about LG's tattoo.

Congratulations Patricia Arquette, Looks Like the 8-Ball Was Right About the Success of Your Longest Project 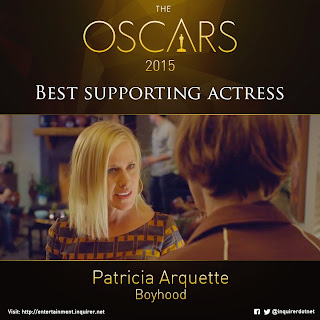 Did the "Pop Oracle" Forecast Patricia Arquette's Success in the Movie "Boyhood" Back in 2010?
Not to mention all the other awards Patricia bagged since my last post about her.
Congratulations Patricia.
And has Richard told you about the sequel he is working on?
Manhood?
It will only take another 13 years or more before it hits the screens;-)
Posted by Brizdaz (Darren) at 2/23/2015 08:21:00 PM No comments: 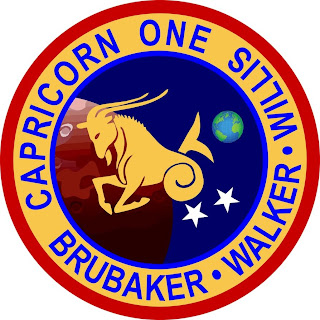 The Chinese New Year arrived just after midnight on the 19th of February this year bringing in the Year of the Goat/Sheep/Ram along with news that the twin cyclones named Lam (lamb?) and Marcia (which hit the Capricorn coast) were going to hit the Australian (Oz?) mainland at around about the same time as each other. 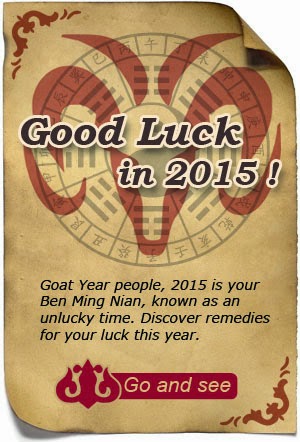 Which reminded me of the movie about a mission to Mars that was being faked to the public, because the government didn't really have the know-how to really pull it off.
That movie was called 'Capricorn One'.
The movie's story was inspired by conspiracy theories surrounding the Apollo Moon landings. 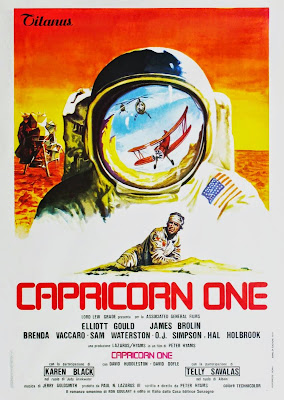 The Chinese New Year is ushered on the New Moon, which is a
dark moon you could say, and if like me, you have ever read the book 'Dark Moon'
then you might think the movie 'Capricorn One' isn't that far fetched after all, when it comes to fooling the sheep ... I mean people. 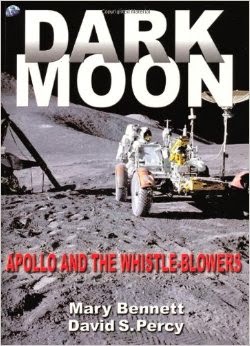 Now, I have to say that while I don't deny that there are such things as conspiracies happening on this planet, I must say also that I'm a big fan of Carl Jung's theory of synchronicity
and the "Collective Unconscious".
I love Chinese New Year celebrations and always try to get to my local Chinese temple to celebrate the coming of the New Year with my Buddhist friends.
One thing is always constant on any Chinese New Year and that is the bringing in the New Year with a Lion dance.
Which reminded me of this year's Superbowl half-time show where
Katy Perry rode in on the lion/tiger.
My Take on the Katy Perry Superbowl Halftime Show 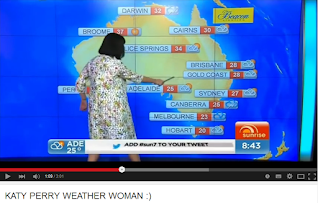 Let's not forget Katy Perry played weather girl on Australia's Channel 7 Sunrise show early in 2014, as well.
Here is the News ... Or Is It? 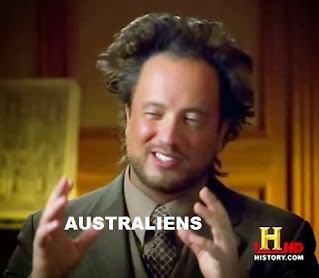 "Liber OZ" (or "Book 77") is a single page by English author and occultist Aleister Crowley
Crowley was also the founder of the A∴A∴, or Sliver Star. 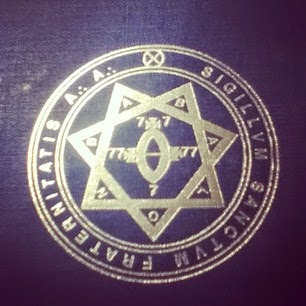 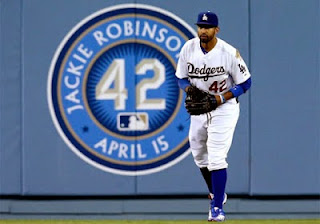 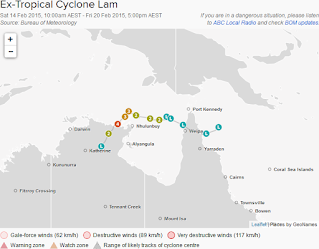 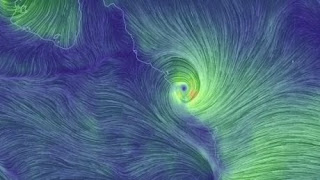 On a personal sync note, I'm reading Cheryl Strayed's autobiography 'Wild'at the moment
(I'm only about a tenth of the way in) and I decided to go to the cinema and see the movie on the big screen before its run ended, so I went out as Cyclone Marcia was breaking up over my hometown of Brisbane, to catch a screening of 'Wild'. 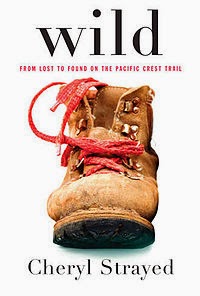 I didn't realize until I saw the movie 'Wild' for the second time
(I watched it on Movietube on the internet about a month ago, so I could catch all the nominated movies before the Academy Awards were on) the Cheryl's maiden name was GREY.
My plan for yesterday was to see 'Wild' and then
'Jupiter Ascending', but by the time I got out of the 'Wild' screening, it was going to be too much of a rush to make the
'Jupiter Ascending' screening, as I needed to go to the bathroom (as Americans would say), grab a coffee and something to eat.
So having written a post about the movie '50 Shades of Grey' and wondering what all the fuss over this movie/book was about I decided on seeing that movie instead.
Strange Coincidences Around Black Friday/Valentine's Day? 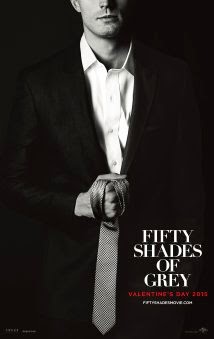 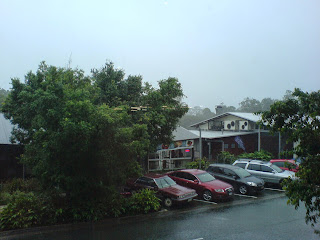 Just looking through the cinema cafe window waiting for my coffee and seeing the fifty shades of grey in the sky, thanks to
Cyclone Marcia, I kinda took that as a sign to see '50 Shades of Grey' on the big screen, as it was conveniently about to start for me.
Also I thought it was a coincidence that the new
Premier of Queensland is a woman named Annastacia Palaszczuk  (born 25 July 1969) and Dakota Johnson plays Anastasia Steele in the movie '50 Shades of Grey'.
After the defeat of the Newman government in the 2015 election,
Palaszczuk became the first woman in Australia to become
Premier of a state from Opposition.
She was sworn in as Queensland's Premier on 14 February 2015
(Valentine's Day).
Neil Armstrong's secret bag of Moon landing mementos 'that were supposed to remain in space' discovered by his widow in a closet
After seeing '50 Shades of Grey' and the above news story about what was found in Neil Armstrong's closet, I couldn't help but wonder what was going on behind closed doors in the Armstrong house;-)
I guess we may never know what really happened on the moon ...
or Neil Armstrong's bedroom, for that matter:-)