Spookiest Nicole Kidman Sync Story of the Year and Everyone Missed It? 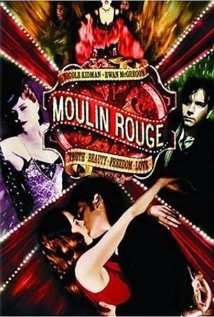 And Baz Luhrmann's (the director of Moulin Rouge!) father passed away while he was shooting the movie Nicole sung
"One Day I'll Fly Away" in.
"One Day I'll Fly Away" is Crawford's highest charting single, and has been covered by many artists, most notably by Nicole Kidman portraying the character of Satine
in 2001 motion picture Moulin Rouge!.
So there you go.
I've basically rehashed and rearranged the same post, but maybe leading the post off with
Joe Sample just wasn't going to get the same attention from bloggers as leading the post off with Nicole Kidman's name.
Then again, maybe I'm just playing to a tough crowd.
Anyway, I think it's one of the spookiest synch stories of the year
and nobody seemed to notice it at the time.
Posted by Brizdaz (Darren) at 12/27/2014 07:57:00 PM