Lifeboats, Flying Fish and the Sea of the Subconscious

I had a friend named Noah (of all people) remark about the synchronicities he was having involving  flying fish.
And while I thought it was interesting he was running into flying fish imagery in his life, that wasn't applying to my life.
Lifeboats and being lost at sea and looking for guidance from a source beyond me is my thing at the moment (I'm going through a separation right now), so I decided to pick up a book resting on my bookcase which I had bought at the Byron Bay Writer's Festival
last year called "The Lifeboat" by Zacharey Jane, and right on the very first page "flying fish" are mentioned in the story. 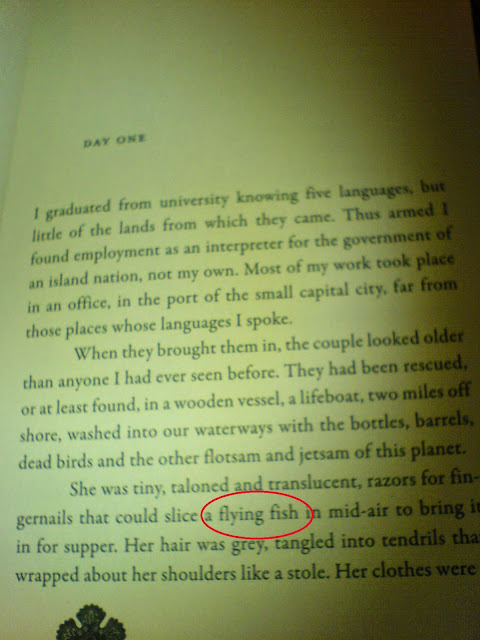 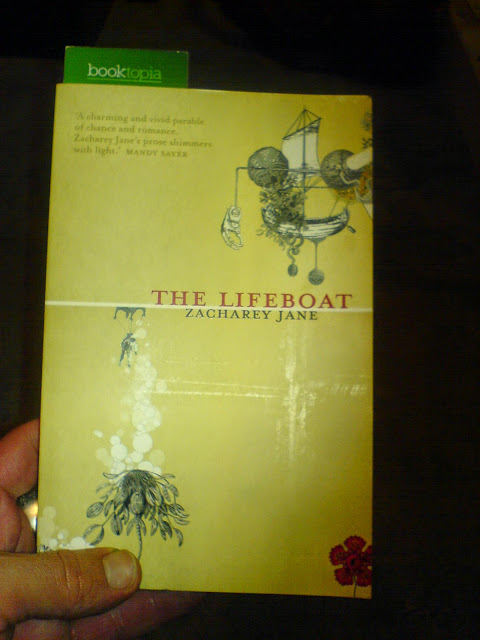 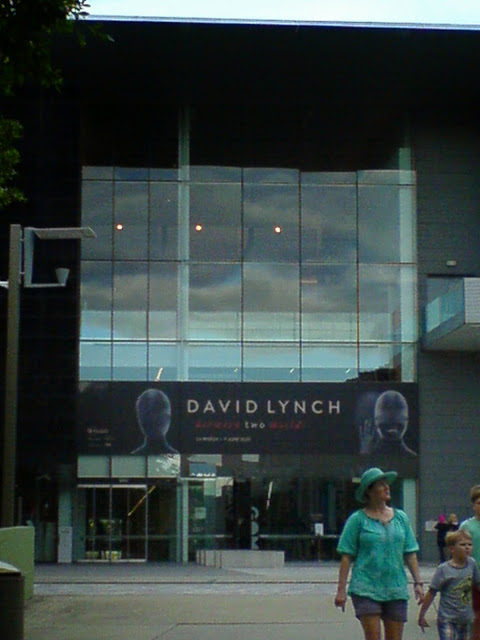 I also bought David Lynch's book and CD titled
"Catching the Big Fish", which is about tapping the subconscious/Collective Unconscious for guidance and using it in your life 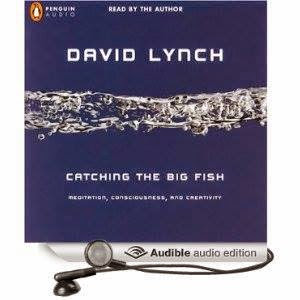 (which I see as the beam of light from the lighthouse, offering guidance to lost travelers on the  seas of the dark conscious reality, with the unknown lapping at the edges of the boat).
"The Lifeboat" by Zacharey Jane is about,
"A man and a woman are found at sea in pirate-infested waters,
with no memory of who they are or how they got there".
I must say that I really liked this book as one long metaphorical story about memory and tapping into the subconscious/Collective Unconscious and using it as guidance.
As a straight out novel the story would be a bit mediocre, but as a meditative act of reading and pondering about life, it is right up there with any of Paulo Coelho's novels.
Read about my Paulo Coelho encounter here -
A Monocled Monk Swimming 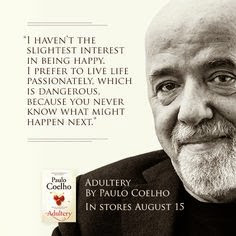 You can hear Zacharey Jane talk about  The Lifeboat on this radio podcast at around the 20 minute mark -
http://mpegmedia.abc.net.au/rn/podcast/2008/04/bsw_20080430.mp3
"Washing up on a remote shore without memory, without a past and with nothing but a stranger for company—that's the fate of two characters in The Lifeboat, a new book from novelist Zacharey Jane.
The Lifeboat asks whether we are who we are because of our accumulated experiences, or is there some intrinsic core that defines us?"
Zacharey Jane and the sense of self
I  first saw Zacharey Jane in 2013 at the Byron Bay Writer's Festival
when she chaired a talk about performance anxiety with some other authors.
In fact, you can hear the pod-cast of that talk at this link -
Performance Anxiety: Putting It Out There, Live 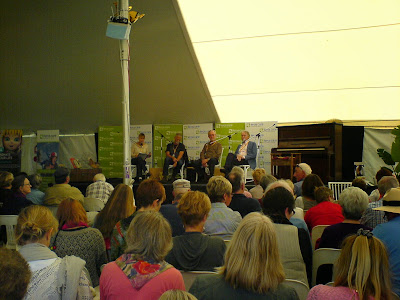 I also saw Zacharey Jane chair another talk at the 2014 BBWF called
"Our Story: Film and National Identity".
This is when I decided to buy Zacharey Jane's book The Lifeboat,

although it would sit unopened until just after my friend Noah mentioning the flying fish synchs. Fish seem to be flying everywhere around me at the moment as I make sense of the shipwreck of my 26 year marriage sink into the abyss from my lifeboat. 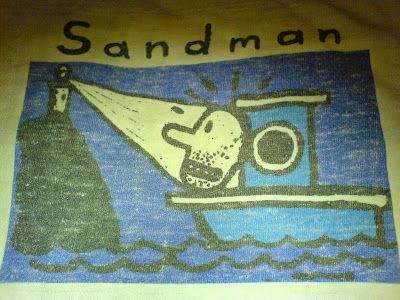 They say it takes two to tango, but the reality is that we are all dancing with ourselves in life, so we better get to know ourselves better to make our way through life's rough seas. 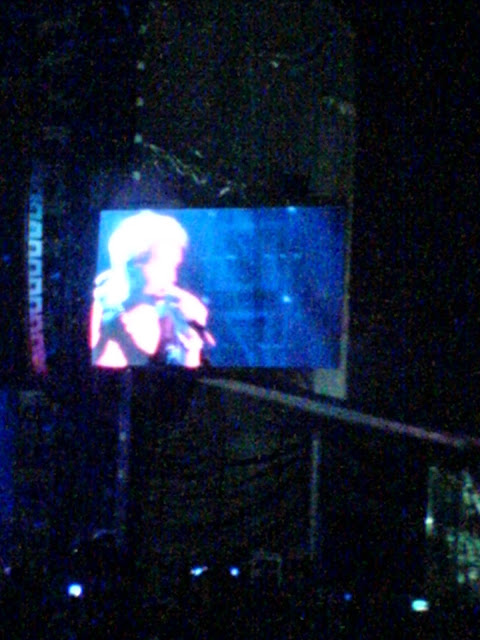 Time for me to catch the "Big Fish" I think, never-mind all those other fish people tell you about when a relationship sinks.

Hey Brizdaz, thanks for the mention and yes, The Lifeboat is a big metaphor, conceived on a six week drive through Mexico. I'll be back at the Byron Bay Writers Festival this year.

That ABC interview you posted: performance anxiety! It was my first interview ever. Afterwards I walked out into the foyer of the ABC in Sydney with, I swear, cloth-mouth from nervousness. But the lovely ABC receptionist told me not to worry, she too had been really nervous during her first interview.

Thanks for the comment Zacharey,oddly enough I've just started reading Cate Kennedy's book "Sing & Don't Cry - A Mexican Journal",which I bought at the BBWF a couple of years ago and since moving house discovered it in my pile of BBWF book purchases.
I saw Cate do a talk at the BBWF about her book and it resonated with me on some level (I have a lot of Frida Kahlo type art around the home and love the Day of the Dead art of Mexico)so I bought it then,but have only just started reading it now.
I love the Byron Bay Writer's Festival and usually book a room at a beach front resort in Byron and buy a three day pass,but this year my finances are a bit sick,so barring a lotto win or something along those lines I won't be doing that this year.
I might make it down for one of the weekend days hopefully.
I'm always amazed at the magical "coincidences" that occur at these writer's festivals when I attend and just go with the flow.
Oddly enough it was James Redfield (the synchronicity guy...I wrote a post about it here somewhere)that got me hooked on this festival and he didn't even show up after I had booked my tickets and hotel room,because a spider bit him in The States,so he had to cancel at the last minute because his doctor wouldn't let him fly.
Turned out to be one of the best weekends of my life and my other trips to this festival haven't been too far behind,either.
I have to say though that looking at this year's programme it looks a bit bland,but it's usually the writers that I have never heard of before that surprise me the most and enrich my life.
Might see you there.
Cheers.