Crow Re-make? Will It Be Cursed Too? 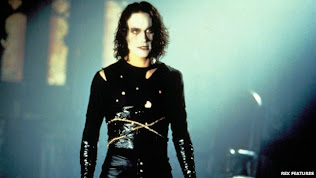 "Cult 90s film The Crow will be remade at the Pinewood Studios in Cardiff, the first minister has announced.
It will be the first multi-million pound A-list film to get made at the new facilities on the outskirts of the Welsh capital."
The Crow cult film remake at Pinewood Studios, Cardiff
The picture below with the creepy doll in it is from the movie
Dragon, a Bruce Lee bio pic that came out the same year
The Crow came out. 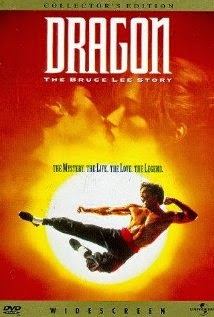 BUT, that scene was shot before Brandon would die on the set of
The Crow. 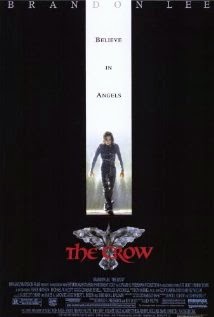 In that light it is a very eerie screenshot knowing what we know is to come.
That scene shows Brandon playing with his train set in Hong Kong the day Bruce comes home from having a vision on the set of
Enter the Dragon. 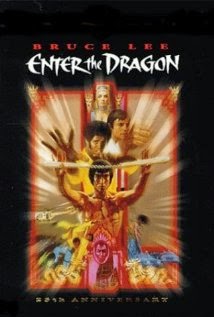 Notice the creepy Crow/Joker looking doll leaning against the window? 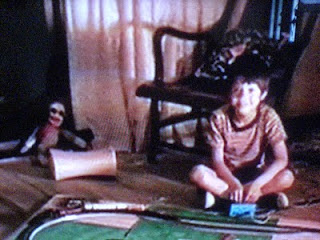 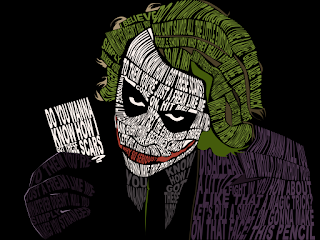 And that sinister looking Joker face in the cushion behind Brandon's head?
The Crow: Examining the Dark Side of Life

UPDATE: 18th July, 2015
With Nick Cave being the main screenwriter on the Crow re-make it looks like the curse continues unfortunately.
Investigation underway after Nick Cave's 15-year-old son Arthur dies in cliff fall
Posted by Brizdaz (Darren) at 3/17/2015 07:37:00 AM