Darkside of the Bridge

One of my favourite spots in my hometown of Brisbane is the park under the south-side of the Story Bridge.
It's an oasis in the middle of the busy city, one where families can have a picnic, BBQ, ride a bike, or just let the kids play in the playground.
I almost always feel a sense of peace while visiting this park.
The last time I visited this park was just before the flood swept through Brisbane at the beginning of the year and I took quite a lot of pictures from under the bridge, and presented some in this post on -
Story About a Bridge 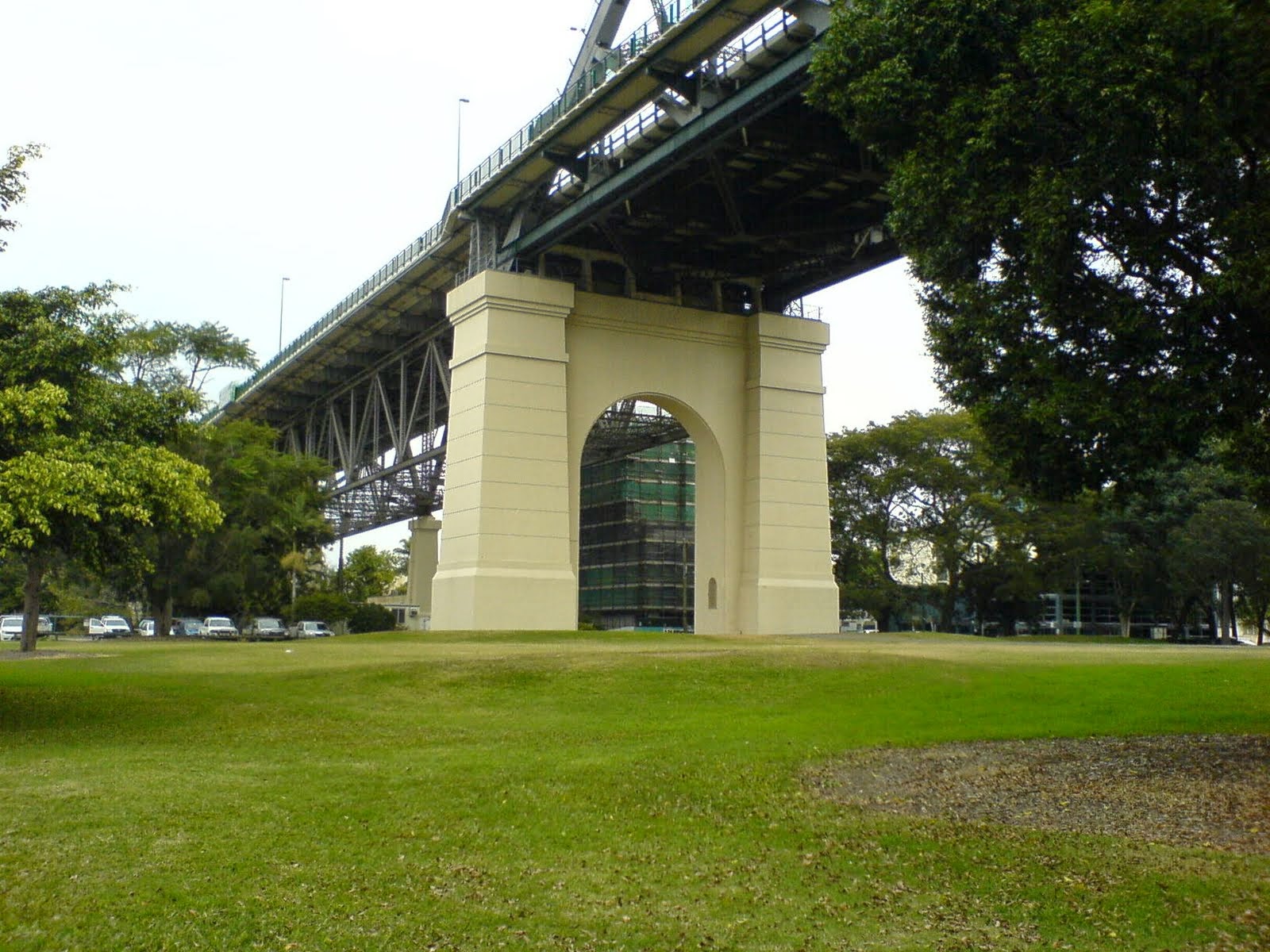 I remember walking under the pylon (pictured right above at the top of this post), and was just looking towards the apartment buildings across the river.
Then a thought suddenly hit me, something like, "You better look up while walking under this bridge, because it might just be your luck for a jumper to land on your head".
I remember looking at the grass and thinking, "who would jump around here, into the turf, while you could jump onto solid concrete over on the north-side of the river, where most jumpers take their life...or into the water and drown?"
Then I remember a thought like,"you'll soon find out".
And then I thought I doubt that, because unless I'm here when that happens then I wouldn't probably hear anything about it, because the news just doesn't report that sort of story.
But ... last week this happened -

Suicide After Teenager Killed With Axe
"A WOMAN who plunged to her death from Brisbane's busiest bridge is suspected of killing a teenage girl with an axe before taking her own life.

Tributes flowed yesterday for Sidonie Thompson, 14, who was remembered as a friend and a gifted student who dreamed of a career as a neurosurgeon.
The girl's body was discovered by her father when he returned from tennis lessons to their luxury home in inner-city Paddington just after 7am yesterday, the Nine Network reported last night.
He made a frantic triple-0 call only minutes after police arrived at Brisbane's Story Bridge, where the woman, 48, had abandoned her car, blocking one of the lanes. She then jumped from the bridge to her death. She was reported to be the girl's mother, but police would not confirm this.
The suspected murder-suicide rocked the quiet street in which the family lived in Paddington, a wealthy precinct of Brisbane's inner north. The woman was a company director, while the children's father is believed to be a senior businessman."
It's a tragedy all round, and I feel very sorry for both people involved in these sad deaths.
It's hard to fathom  how somebody could be driven to do any of this, but it will be something that will be seared into my memory every-time I visit this spot from now on.
It's like those eerie thoughts from nearly a year ago have come to pass.
It was like a dark premonition that developed into a story I could never have imagined to be reading about less than a year down the track.
It's a creepy feeling, I'm starting to understand how people like Alison DuBois feel ... unfortunately. 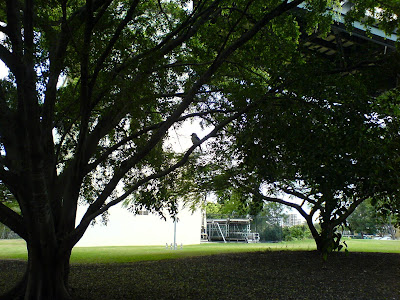