My Easter Sunday at Bluesfest 2014

I only bought tickets for Good Friday and Easter Sunday for the Bluesfest Easter Weekend, so I missed out on the Thursday, Saturday and Monday performances at the Byron Bay Bluesfest, but those days I targeted as most of the performers that appealed to me were playing on Friday, or Sunday.
I wrote about my not so Good Friday at Bluesfest here -
Good Friday at Bluesfest 2014?
But Sunday was much better for me personally as far as a great day at Bluesfest went.
I left Brisbane early Sunday as I wanted to check out a little town named Ocean Shores which is just north along the coast from Byron Bay.
I had never been to Ocean Shores before, but my brother would always tell me about it on our drives down to Byron Bay, so this time I made an effort to have a look.
I must say I was impressed and could see myself living here for shore...I mean sure.
Midday hit and I had to leave Ocean Shores and head to Bluesfest, but I'll be back soon to explore the area more for shore...I mean sure.
Soon as I walked into the Bluesfest ground I see my old mate from the Boomerang tent who I must have spent an hour talking to on Good Friday
(that's him above in the blue jeans and black and green t-shirt).
He first was trying to sell me on the Boomerang Festival coming up in October by telling me about last year's line-up, then I told him I was there and actually met and talked to half of the people on the poster personally.
I think he thought I was pulling his leg when I told him about a four way conversation between Ernie Dingo, myself, George Negus and Tammy Anderson and that I spent the whole NRL Grand-final telecast talking to Tammy and a big Kiwi dancer.
I wrote about that memorable day here -
Sunday at Boomerang
and here -
Groovin' Boomerang Style
I have to say I loved Boomerang as much as I love going to Bluesfest and I will definitely be going again this year, if I can get there.
So, after catching up with my old mate from Friday and meeting another new mate from Brisbane named Warrabah
(I don't know if I spelled it right, but he pronounced his name as Warra-bar)
at the Boomerang tent and discussing both festivals, I headed off to catch a band called The Beards who's songs are all about beards.
They are actually better than the above clip suggests, but at least you get what they are all about.
I don't have a beard, so I felt a bit left out listening to them sing.
Personally, I don't like beards...well, not on my face anyway...so please don't go telling Santa.
Then after The Beards it was KT Tunstall in the same tent.
I wrote a post a few days ago about seeing KT play -
The Cherry Tree From Space
She was really good and if you get a chance to see her play live, take it.
After KT it was time for "A Taste of Boomerang" in the same tent again. 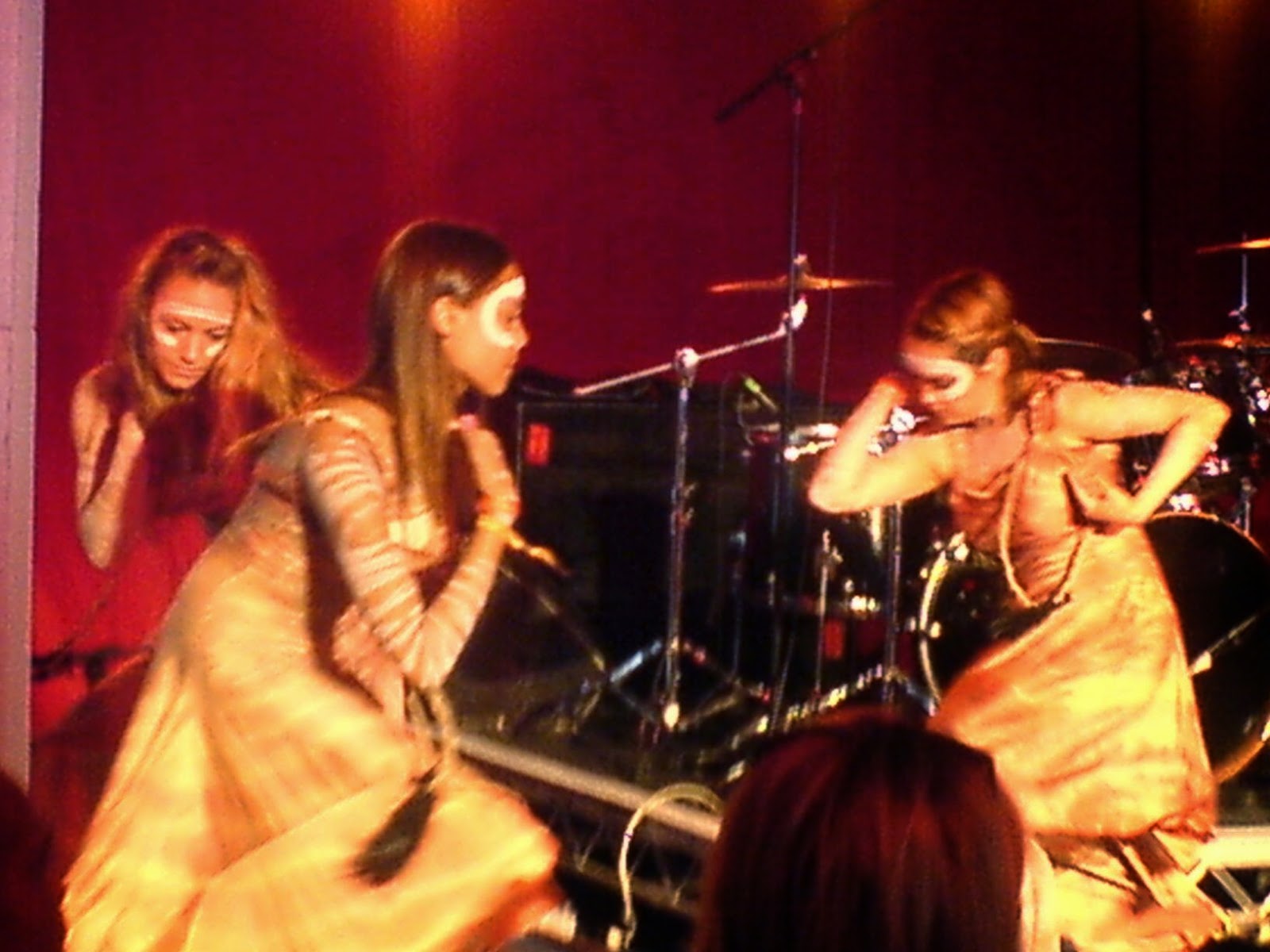 I also wrote about Chris earlier in this post -
Talented Chris Tamwoy
and that post has been getting quite a few hits since I posted it.

I went for a walk around after Chris had finished playing and caught a few tunes from one of my favourites, Kasey Chambers.

I heard her sing this old chestnut (above) and a few others, but had to leave to catch Troy Cassar-Daley back at "A Taste of Boomerang".
Chris Tamwoy was standing right behind me when I was watching Troy and I thought I would tell him how good I thought he was and have a chat in the next song break, so he could hear me when the music had died down a bit, also I didn't want to lose my front row position, because I was hoping to snap a shot like the one I got above.
When I got the song break and enough good photos, Chris was gone.
Such is life.
Not only that, but I found out later when I saw this photo on the net that the elusive Pete Murray was lurking about, too.
I wrote about missing Pete last year, too in this post -
Kevin, Walls and Bridges
Then it was on to the main tent to see the man
I bought the Sunday ticket for...Passenger.
What a great show that was.
It made my whole weekend.
You really just had to be there to understand how good it was.
Now here comes the worst part of the day for me.
On Friday I bought two Passenger CDs to get autographed by him on Sunday.
I knew I had to leave early to get a good spot in the line for signings, but the show was so good I just couldn't tear myself away from it.
By the time I got in line it was quite long.
I knew then I could miss out, but here's what really pissed me off, the organizers of this signing let the que form right across the path of the flowing crowd, which caused problems for the people in the line and the people trying to get through the line.
It nearly lead to a few punch ups.
Not only that, but people were pushing in and a second line was also forming.
Here's the kicker though, after about 20 minutes of getting battered and abused by people trying to get through the line, security cut the line off about 10 people in front of me and said that's it.
No more signings past here, indicating the person about ten positions ahead of me..
So this is about as close as I got to meeting Mike (Passenger) on the day.

After seeing Passenger I just wandered around from tent to tent and checked out various food and beverage stands around the place before settling down to listen to
Eugene "Hideaway"Bridges just outside the small Juke Joint.

Then back on the road for the long drive to to Brisbane.

The wonder of Byron! If I ever get to Australia it's one place I'd like to visit, after reading your posts and seeing the photos.

You won't be sorry either,Mike.