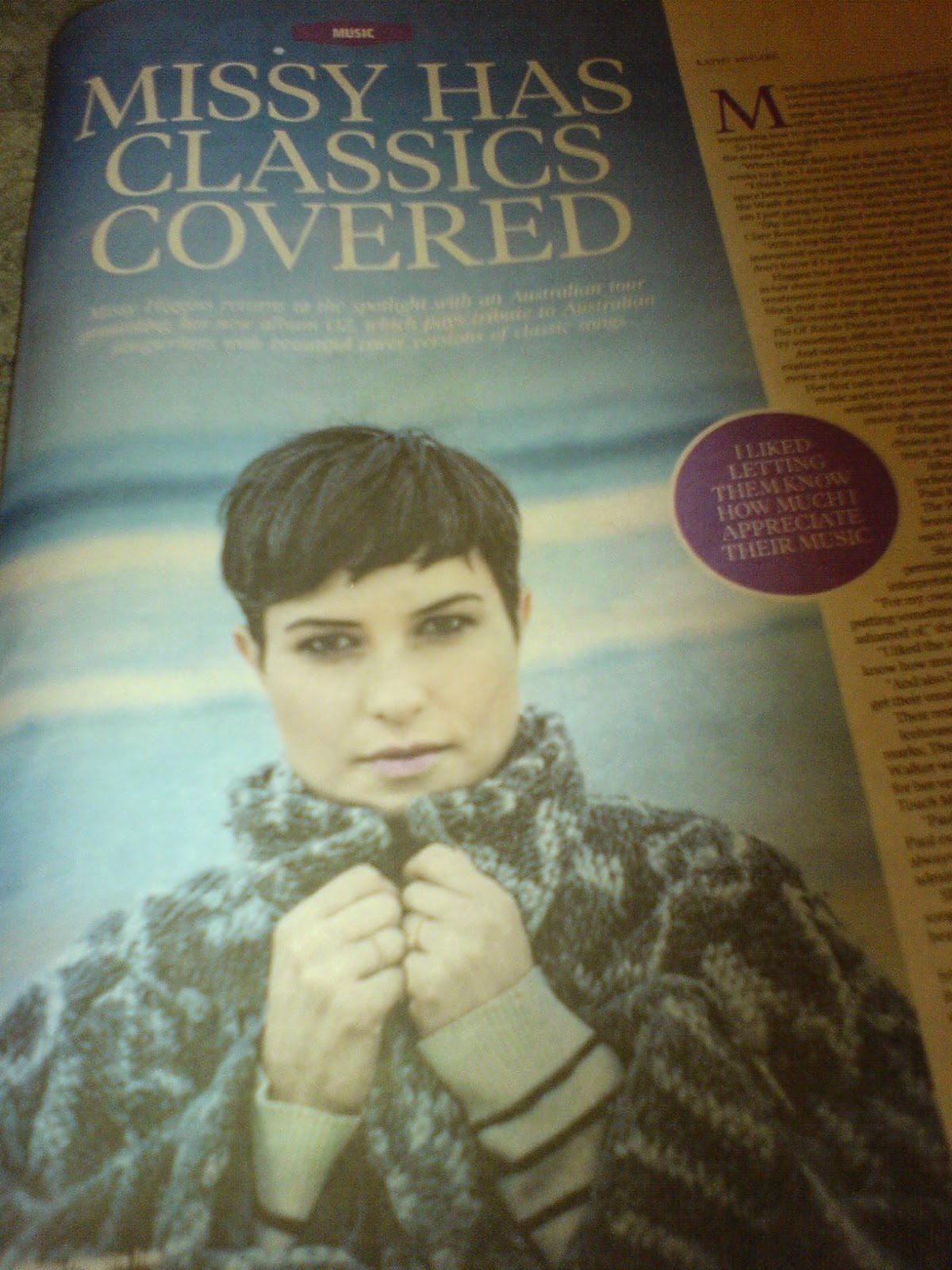 I've been meaning to write this post about Missy's new album and me attending her Brisbane concert in September 2014 since the end of last September, but I kept putting it on the back burner as I wrote other posts while I collected my thoughts and put the post together. 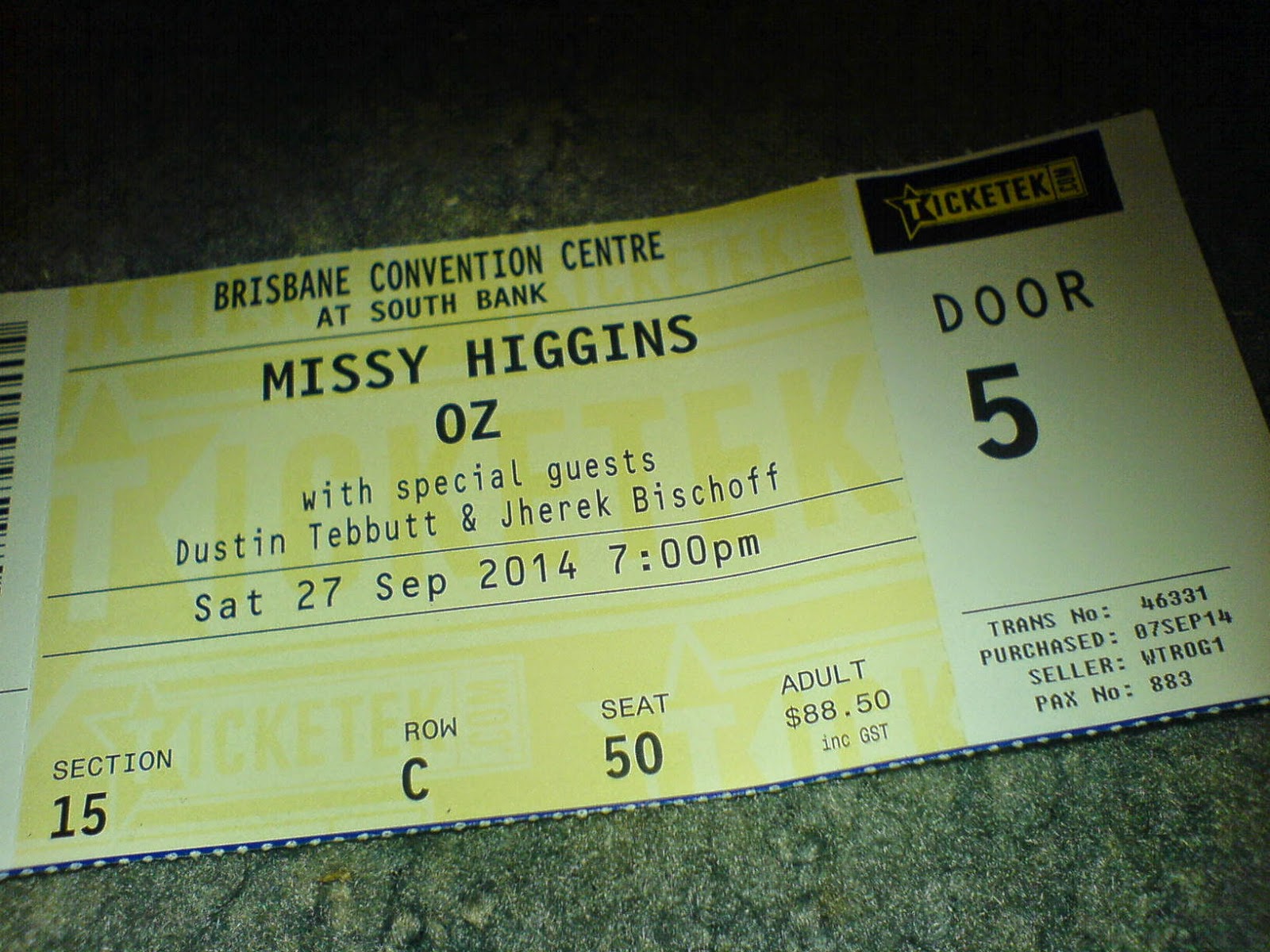 The trouble was/is that while I have a lot of thoughts about how the post should come together my brain still seems to be suffering brain freeze, like on the day of the concert when I ate one of these nitrogen frozen ice-creams at South Bank (pictured below) while I watched helicopters fly over the Brisbane River practicing drills for the upcoming G20 that was going to be held at the same venue as Missy's concert later in the year. 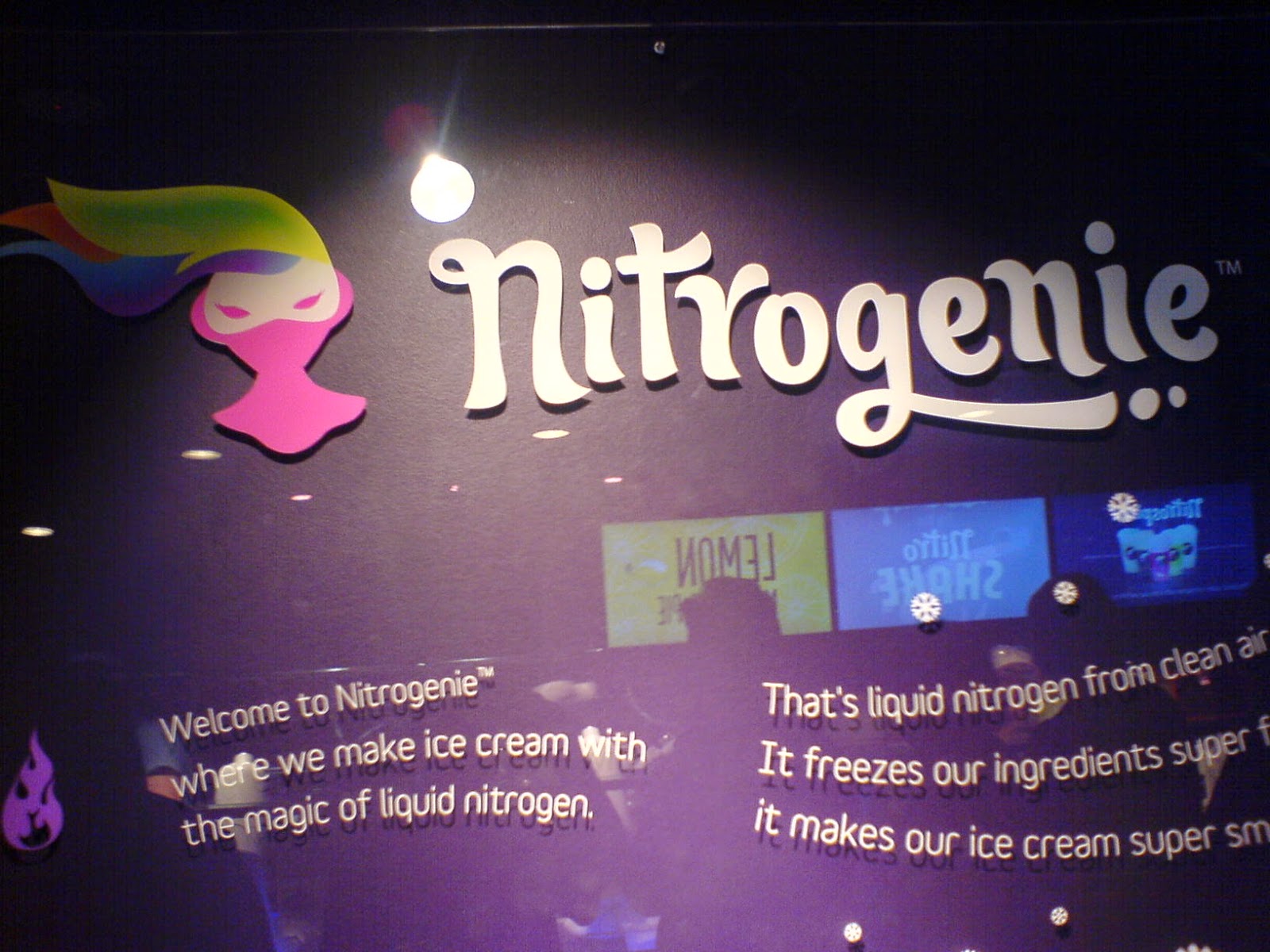 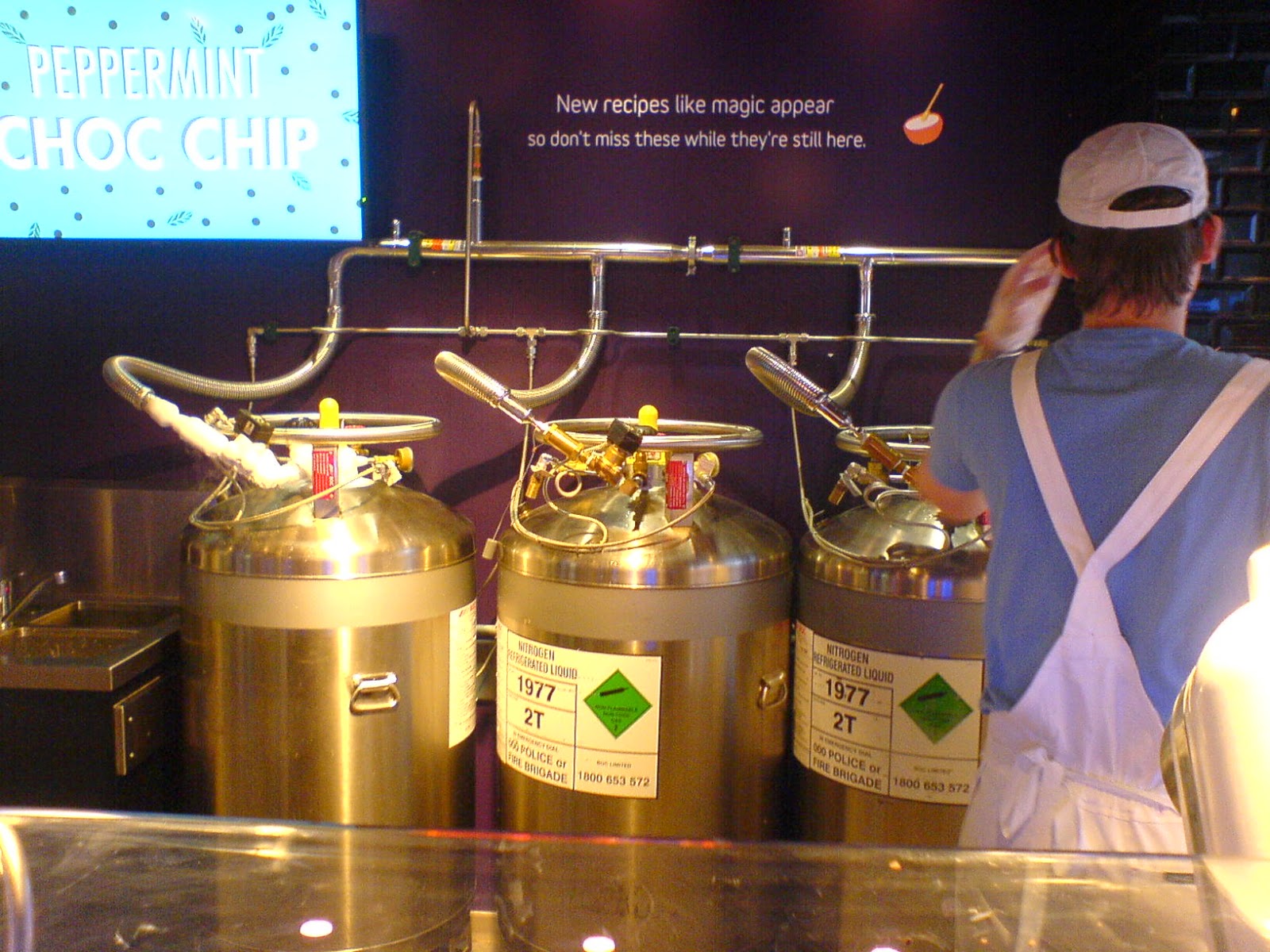 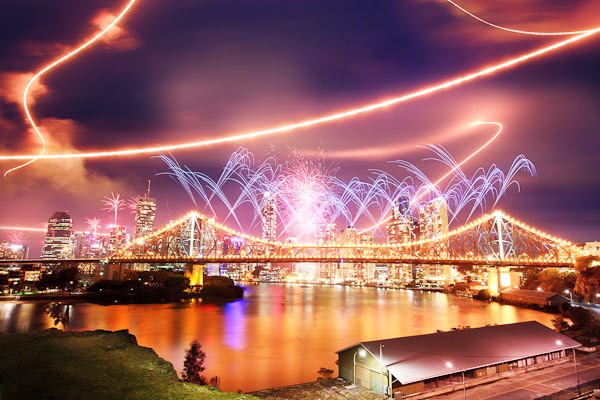 I couldn't find Don Walker singing this song, but here is another version above for comparison. 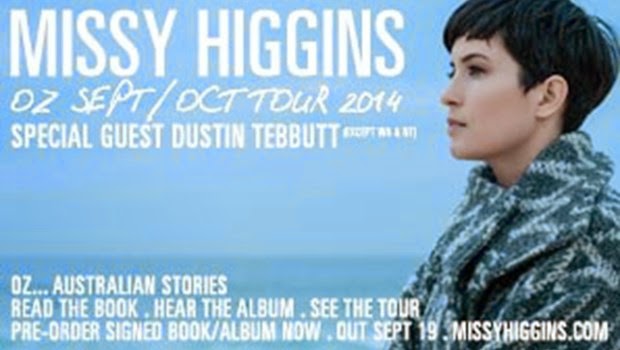 This will be a post in progress I hope to finish in a couple of days time.
Sorry about that, but it's the only way I'll get it done I feel, so bear with me, especially you French readers of this blog who seem to like Paul Kelly, as Missy does two Paul Kelly covers which I hope to post here soon.
Check out these other posts I wrote earlier in the year
Missy Higgins Has a New Oz Album on the Way...
And That's Not All

Darren Hanlon and "A Descant For Gossips"

which explains how I became a fan of Missy's music...and cover versions of Oz songs she sings.
The first song off Missy's Oz album is 'You Only Hide', by a band called Something for Kate, and Missy explains why she put it on her CD at around about the 15 minute mark of the 'Missy Higgins performs live in Sydney' audio track above.
The second song from the Oz album is Missy's rendition of
Dan Sultan's song 'Old Fitzroy' (Dan's version above). 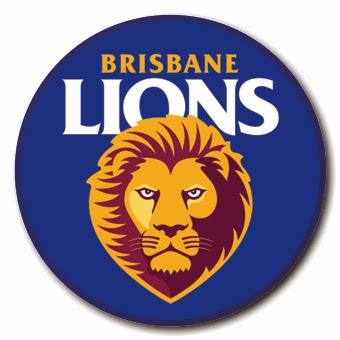 Fitzroy is a suburb in Melbourne, which used to have an AFL team named after it, which later merged with the Brisbane Bears to become the Brisbane Lions, which is the AFL team that I follow.
I wrote a post about Dan Sultan in October last year -
Dan is the Man
and I'm hoping to catch his act at Bluesfest later this year.

You'll have to go here to listen to Missy's version
Old Fitzroy -Missy Higgins,
as I can't find a You Tube with Missy singing it, sorry.
Also, on the subject of AFL teams, the Aussie rules grand final was held on the 27th of September between the Sydney Swans and Hawthorn, and since I had to drive in to Missy Higgin's concert at the Brisbane Convention Centre and I knew the Riverfire was on that night, I went in early to make sure I got a good car-parking spot and went to a bar at Southbank to watch the final on TV.
I was going for the Swans, but by half-time the game was all but over for them.
While I was watching the game at the bar an air-force jet came roaring past just metres above the rooftops of the buildings giving off a earthshaking roaring scaring most of the patrons in the bar,me included, as Sydney airport had just been evacuated about an hour or two before over some security scare.
And while I knew there would be a jet fly over when the fireworks were on that night I had no idea there was going to be a practice run during the day.
Not only does Missy sing a cover version of one of Dan's songs, she also sings a duet with Dan on track 8 of Oz called 'The Biggest Disappointment'.
'The Biggest Disappointment' is a Slim Dusty song that was written by his wife.
Track 3 from Oz is Perry Keys song NYE (New Years Eve) and I have to say Missy's version is a cracker. ;-)
Now the funny thing here is that the next big firework show in Brisbane apart from Riverfire is New Year's Eve and it's held in the same spot as Riverfire, so when Missy sang this song on the night it was a bit like New Year's Eve with all the fireworks on the night of the concert.
Track 4 on Oz is The Drones song 'Shark Fin Blues'.
The NRL team I've been a life member of since 1988 is the
Cronulla-Sutherland Sharks, so having 'Old Fitzroy'and 'Shark Finn Blues' on the one album I find personally amusing, since they are the two football teams I have been following for years. 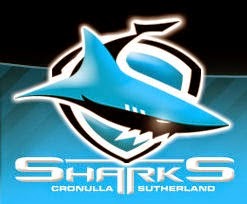 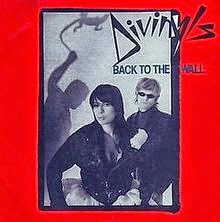 Track #6 on the Oz album is 'The Divinyls', 'Back To The Wall', which was used for the film 'Nightmare on Elm Street 4', starring a fellow Sync-head, Andras Jones, as I wrote about in my post -
Missy Higgins Has a New Oz Album on the Way
...And That's Not All
I also only just wrote a post about Andras having
Patricia Arquette on his show in 2010 and perhaps unknowingly at the time predicting her success in the movie 'Boyhood'.
Did the "Pop Oracle" Forecast Patricia Arquette's
Success in the Movie "Boyhood" Back in 2010 ?
The 'Boyhood' theme also seems to sync with Missy Higgins having a boy just as the movie 'Boyhood' is picking up momentum heading into the Oscars.
So I found that of all of 'The Divinyls' songs Missy could have picked this one seemed to hold a lot of synchronicity for me.
I couldn't find a You Tube of  Missy singing 'Back to the Wall', so you'll have to follow this link to hear her sing that one -
Back To The Wall - Missy Higgins
Andras Jones, one of the stars of 'A Nightmare on Elm Street 4'
(you can see him in 'The Divinlys' clip above)
has a show called 'Radio 8-Ball' (clips above)
and Andras was obsessed with syncing The Who
soundtrack Lifehouse, which contained the song
Baba O'Riley, to The Matrix movie a while back.
Andras Jones - Who Syncs The Matrix
Now the funny thing I only just discovered looking at the
Riverfire fireworks soundtrack of songs which were played on September 27th to the fireworks going off was that the song
Baba O'Riley was song number 8 on the night!?!
Song #7 off the Oz album is one of my current favourites, a song from Icehouse,'Don’t Believe Anymore'.
Missy writes in her book 'Oz' of a serendipitous (synchronicity?) meeting with
Iva Davies in Broome and her reinforced decision to put this song on her Oz album.
Oddly enough, just as I was writing this post I saw this news story about Broome -
Answer to Waltzing Matilda mystery found in Broome, Western Australia. 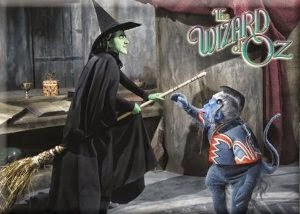 Broome of all places in Oz?!