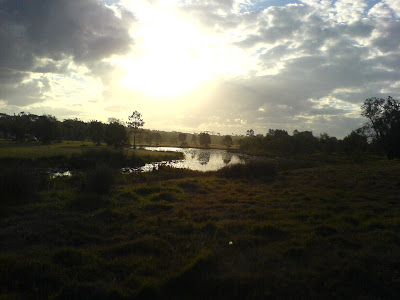 Reading Daniel Pinchbeck's book Notes From The Edge Times I came across an interesting chapter on orbs called Absorbing Orbs.

He writes,
"This summer, I visited Glastonbury, the New Age epicenter of England, to speak at a "Great Mysteries" conference about orbs.
Orbs are best known as those mysterious balls of light that have appeared on digital photographs for the last fifteen years, though some claim they can see them with the naked eye as well.
Orbs have spawned an enthusiastic subculture of people who believe the blobby wisps are not dust particles or lens anomalies, but angels, spirits, other-dimensional beings and so on. Although I am now an accredited orbs expert, I remain agnostic on the subject.
In this area, one encounters the same difficulties in establishing a methodology as one does with other phenomena that float on the outer edge of cultural possibility, such as UFOs, crop circles, occult conspiracies, miraculous appearances of the Virgin and so on."
And he concludes by saying,"As a phenomenon, the mass interest in the orbs suggests we are going through another wave of "Spiritualism," a movement that swept the U.S. and Europe in the 1890s, bringing with it a wave of aura photography, levitating mediums and other anomalous events.

Only the future will reveal whether the orbs reflect a deeper development of psychic awareness, or whether they are a fad that will soon trail off into the ether, from whence they perhaps came."
You can read the whole chapter by clicking on this link below,
Absorbing Orbs
The above photos were taken by me at the
Byron Bay Writers Festival this year, and I felt a sense of profound spirituality at the time I took these photos.
While I wasn't aware visually of the orbs which appear in the photos, I did sense a presence around me.
So, to me even if it is just a lens flare, it captures the essence of what I felt at the time.
Like Pinchbeck, I would have to say that I am agnostic, too ... but leaning more toward the believing side of agnostic.
Before capturing these orbs, I thought the whole phenomena was total BS.
Below is the first photo in it's original size. 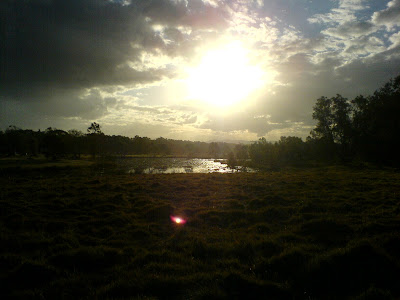