Notice a Joke in the "Suicide Squad" Trailer? 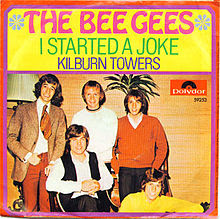 The song made famous by the Bee Gees,
I Started a Joke is sung throughout the trailer
of a film about a Suicide Squad,
but one of the biggest hits the Bee Gees had
was about Stayin'Alive. 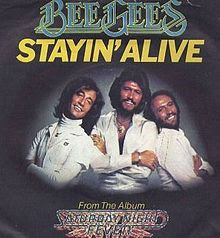 It's ROBIN Gibb who originally sung I Started a Joke, the song used in the Suicide Squad trailer above. 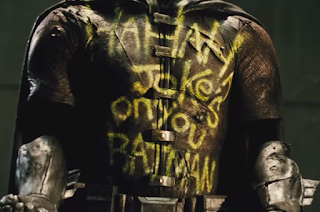 And I read an article called
"5 The Joker Spoilers From
Batman V Superman & Suicide Squad Trailers"
where it says that #4 is, The Joker Definitely Murdered ROBIN(?!).
"Well, Robin’s costume (which is still red and green, albeit very darker shades of both) is indeed on display, but with a twist.
After murdering Batman’s sidekick – who based on the size of this suit must have been late teens at least – The Joker left the Dark Knight a grotesque and taunting message on his body.
How the villain killed him will no doubt be revealed in the movie, especially if other rumours about a flashback are correct.
It’s worth noting that there is what appears to be a bullet hole beneath the chest, though it seems likely though that The Joker probably used a crowbar to take him out, just like in the comics."
Hmm.
Posted by Brizdaz (Darren) at 7/14/2015 11:05:00 PM