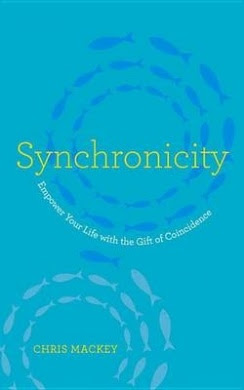 I had never heard of Chris Mackey, or the
book on synchronicity that he released last year, (even though he is a fellow Aussie who is also interested in the subject of synchronicity, like myself), until a friend in the U.S.A left a comment on a post I wrote the other day called,
The Pursuit of Happiness Can Make You Miserable
Trish left this comment on that post,
"A book of possible interest for you" Chris Mackey's book on synchronicity.
He's going to be in Australia speaking at the opening of
time is art - the movie on synchronicity."
Not having heard of Chris or his work I Googled his name and found an interview he had done on a Byron Bay radio station on November 13th (Black Friday), 2015.
Synchronicity interview with Mitch Foy, 99.9 Bay FM
The podcast with Mitch Foy was posted on December 8, 2015 at that link above, which is the anniversary of John Lennon's death and Jim Morrison's birth-date.  Oddly enough, Jim Morrison was born on December 8, 1943 in Melbourne, Florida, U.S.
Florida is the state where Trish (who told me about this book and the film on synchronicity in Melbourne, Australia) lives. 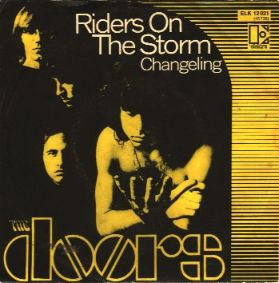 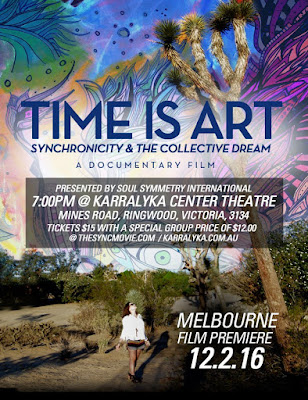 Watching the Time is Art trailer I see Trish's partner Rob gets a quote about the movie thrown across the screen, as well. 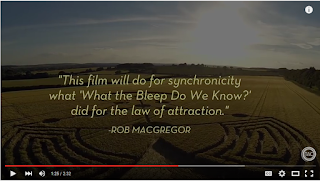 My blog name, 'Just Watching the Wheels Go Round' was inspired from a John Lennon song.
The duration of the podcast is: 00:23:09 and the 23rd of September (9th month) is my birth-date, as well.
99.9 Bay FM is the lone radio station of Byron Bay and is the only radio station that I have a t-shirt from that I regularly wear.
Not only that, but the car I owned previously had the numbers 999 on it's number-plate.
I also see that Mitch Foy was struck by lightning about two months before this podcast.
Struck by lightning: rubber boots save man from bolt "The bolt of lightning that coursed through Mullumbimby man Mitchell Foy's body could well have meant the end - had it not been for his rubber-soled boots.

The electricity, stirred up by Wednesday night's storm, struck the metal gate Mr Foy was holding a mere 2.5m away from where he stood."
Simon talks to Mitchell Flash Gordon Foy about his lightning strike experience

After all of these weird and personal coincidences I thought I had better order a copy of Chris Mackey's book.
It's now on the way to me through the mail.
You can see the video of Chris talking about his book at this link below -
Synchronicity book launch video
I like how in the above book launch video Chris tells how his wife gave him permission to print the first three chapters just so friends could see how crazy his synchronicity theories were.
I hope his wife never reads my blog in that case;-)
Mental Syncs
Here is an article I stumbled across today (January 21st) relating to Chris Mackey's work -
Synchronicity & Mainstream Psychology 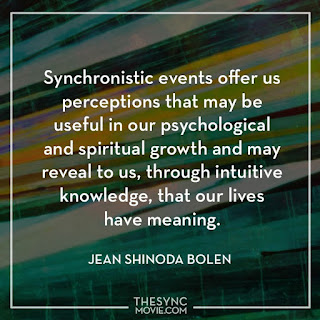