Highway 42 and the Ultimate Answer? 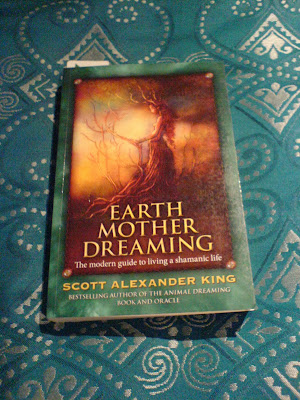 The other day after I had finished reading
Earth Mother Dreaming,
I saw Scott was advertising a 3 day conscious horse riding retreat.
http://www.animaldreaming.com/index.php/retreats/conscious-horse-riding-retreat-nov-2013
So, I sent Scott this suggestion, after having just finished Julie McKenzie's book not long before his.
Pink Orb Sync? 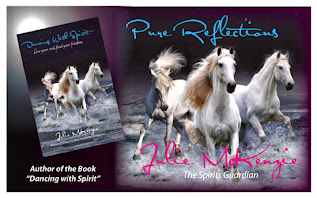 " Maybe you could team up with Julie Mckenzie with this event?
She is a horse riding psychic and lives in Goondiwindi
which isn't really that far from Beaudesert."
Scott replied with this message -
"I know Julie Darren.
She's a dear friend of mine.
And not this time I'm supporting Jamie with this retreat.
In truth, it's really Jamie's Retreat and I'm there to help.
But an event with Julie has been on the cards for a very long time,
and it's something I wouldn't say no to." 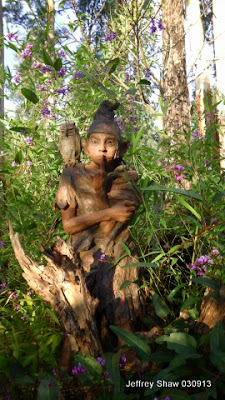 When I Googled Goondiwindi to see if I was spelling it right I found this Radio station called FM 88, which services Goondiwindi.
It has an interesting home page too, with this message written on it -
"Under the tutelage of a Cherokee medicine woman Andrena has learnt the craft of the power of your own voice to reveal what your body is missing in life.
The first 12 minutes will reveal how much your body is keeping secret from you.
Within the hour you will have a conscious understanding of what your body has hidden from your awareness.
This one session will bring you back home into the seat of your soul ....
you will remember this session for the rest of your life."
http://www.radiofm88.com.au/index.html
Actually, I've never been out to Goondiwindi, but I noticed on the map that National Highway 42 runs to it, which is funny, because I was reading Douglas Adams' last book
The Salmon of Doubt at the time of this discovery, and of course Adams was the one who made #42 famous with his "Hitchhiker"books, movies and TV series.

42 being the ultimate answer to the meaning of life.
To see a rainbow, you have to view it at a 42 degree angle as well. 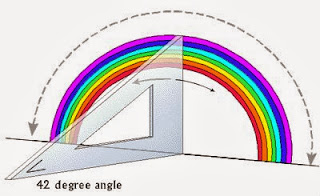 The Rainbow Serpent and 42
So, I guess Julie Mckenzie - The Natural Medium can say that the answer runs right to her door...in more ways than one. 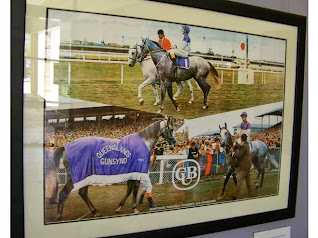 Now , the other weird thing about this story is that Goondiwindi is the town where one of Australia's greatest racehorses came from and this horse just happened to be my Nan's favourite horse.
She was a big horse-racing fan when she was alive and her, my father and I would often go to race meetings around Brisbane.
She loved this horse so much that she even had a framed print of the horse thundering down the home straight on it's way to another win.
" Gunsynd (4 October 1967 – 29 April 1983) was a champion
Australian Thoroughbred racehorse who won 29 races and
Epsom Handicap. G. McMicking formed a syndicate with three others from his home town of Goondiwindi (pronounced Gundawindi)
consisting of A. Bishop, J. Coorey and A. Pippos
and purchased Gunsynd as a yearling for
A$1,300 at the 1969 Brisbane sales.
He was affectionately known as the Goondiwindi Grey
because his owners came from Goondiwindi and he was a grey in appearance. "
http://en.wikipedia.org/wiki/Gunsynd
My Nan passed away on April 8th, 1983
(which was my dad's birthday as well)
and the horse passed the same month on April 29th, 1983. 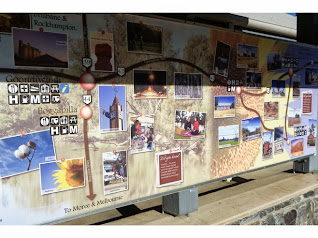 The name Goondiwindi derives from an Aboriginal word meaning
"the resting place of the birds". 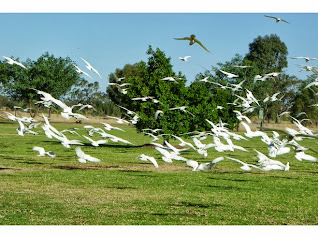 "Goondiwindi was first proclaimed a Municipality on 20 October 1888.
The town boundaries have not altered to this day, and before Federation the town served as a border crossing between Queensland and New South Wales."
Tourist Radio 88FM
I just realized that April 8th is Julian Lennon's birthday, as well.
"In 2009, Lennon founded The White Feather Foundation, whose mission "embraces environmental and humanitarian issues and in conjunction with partners from around the world helps to raise funds for the betterment of all life, and to honour those who have truly made a difference.
" Its name came from a conversation Lennon once had with his father.
“Dad once said to me that should he pass away, if there was some way of letting me know he was going to be OK – that we were all going to be OK – the message would come to me in the form of a white feather....
the white feather has always represented peace to me."
http://www.whitefeatherfoundation.com/ 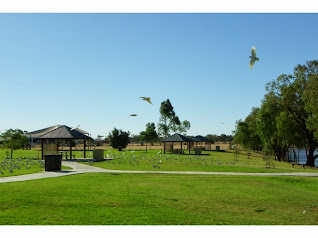