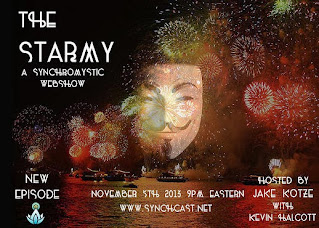 I see the guys from The Starmy are going to do a Synchcast  -
Episode 5: Tuesday, November 5th at 6pm PST, 9pm  EST

Remember, remember, the 5th of November...


"Long time "synchead" Kevin Halcott joins The StArmy for its 5th episode on November the 5th. Having blogged and participated in the social media sync scene since its inception Kevin has a valuable perspective on all things "synchromystic".
Kevin is the guitarist for the psychedelic rock band
"It's Not Night: It's Space"
and will talk about how sync weaves in and out of the creative process of making and playing music.
@indradhanush42
(as he is known on twitter)
is also an avant-garde filmmaker.
His work, "Film: A Thin Skin or Membrane" deeply investigates the primary ubersync "42", aka
"The Answer to Life the Universe and Everything".
Being well-versed in the occult and practitioner of ceremonial magick, Kevin brings a unique set of tools to the table and we will discuss how he integrates and relates the mainstream world of pop culture with the esoteric fun house.
As it is Guy Fawkes expect some firework themed films to be investigated and November 5th star birthdays to work there way into the sync web."
The StArmy​​
In Douglas Adams' famous sci-fi book,
"The Hitchhiker's Guide to the Galaxy" the supercomputer
Deep Thought calculates that the answer to
"the ultimate question of life, the Universe and Everything" is 42.
Adams himself said that the number was meaningless and "a joke"--
which is precisely why synchromystics DO believe it truly IS the answer to everything, since that which has no meaning also contains ALL meaning.
To explore this further, check out the recording from the inaugural episode of the StArmy, in which our host Jake Kotze lays out all the central tenets of synchromysticism, including the importance of the number 42.
Sign up here to receive the recordings of all 4 past shows and to receive a login for the next episode taking place on Tuesday, November 5th at 9PM EST:
http://www.synchcast.net/#!starmy/c142g
And check out this article listing 42 noteworthy 42's;
42: The answer to life, the universe and everything 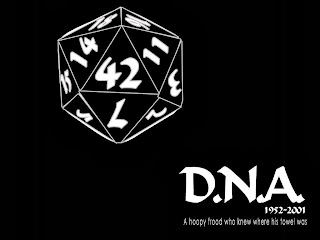 There is way more synchy stuff about DNA (Douglas Noel Adams) than meets the eye.

For instance in the last book he never quite finished writing,because he died before finishing it, (Salmon of Doubt) on page 237 (?!) he writes Life was too short  ...

The funny thing about that is that actor Warrick Davis who would be the actor inside the depressed robot in the movie version of Hitchhiker's Guide to the Galaxy is in his own TV series called Life's Too Short and Warrick's birthday is 2/3/70 (Room 237?).

Not only that Kubrick type of link to 237, but Adams died in 2001 and has a very monolithic type headstone.

In the book Salmon of Doubt Adams is asked what his best day on earth was during his life and he recalls taking the day off school to see 2001: A Space Odyssey at the cinema. 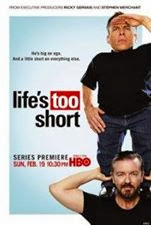 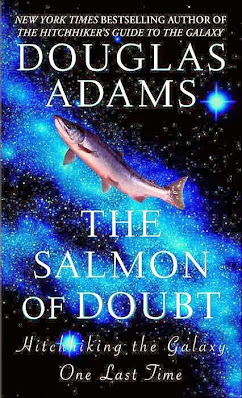 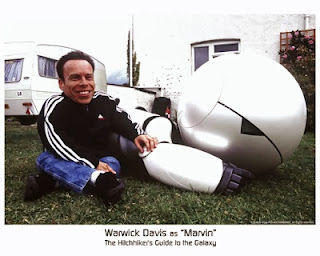 And one for Jake Kotze involving page 42 of The Salmon of Doubt and seals.
My middle name is Sydney, so it could be one for me too, I guess?-) 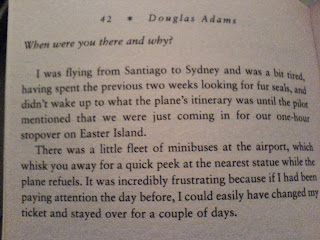 Jake goes under the name Seallion on Twitter
and when making film clips.
.
"Adams was also intertwined with the band Pink Floyd.
He was friends with Pink Floyd's guitarist David Gilmour.
Adams mentions the band throughout his work.
In the radio version of The Hitchhikers Guide.., One of the characters hums Pink Floyd's song
Shine on You Crazy Diamond."
"Shine On You Crazy Diamond" is a nine-part Pink Floyd composition written by
Roger Waters, Richard Wright and David Gilmour.
It is a tribute to former band member Syd Barrett.
The song was first performed on their 1974 French tour,
and recorded for their 1975 concept album Wish You Were Here.
On his 42nd birthday Douglas Adams was invited to play onstage with Pink Floyd

In the link above it says Adams went on stage on Oct 28th to celebrate his 42nd birthday.
While he was 42 years old at the time, his birthday is March 11. 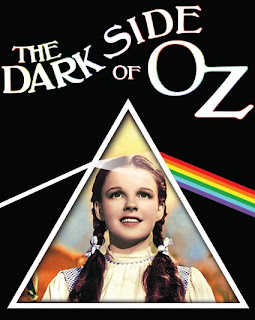 Easter Island? Page 42 of The Salmon of Doubt?
The Division Bell is the fourteenth and final studio album by English progressive rock group Pink Floyd.
It was released when Adams was 42.
Douglas Adams died on the same date and in the same state (California) as
Walter SYDNEY Adams.
Long-time director of Mt. Wilson Observatory.
An expert on stellar spectroscopy, he was one of few scientists with a knack for explaining astronomical news in terms a layman could understand, and as such he was for decades quoted whenever space made the news.
He identified Sirius B as the first known white DWARF star, and his measurements of gravitational redshift helped confirm the Albert Einstein's general theory of relativity.
Walter Sydney Adams
Notice in the above trailer for Warrick's show that Lennon's
Instant Karma is playing in the background?
Stephen King dedicated The Shining to his son Joe Hill (King) quoting that song. 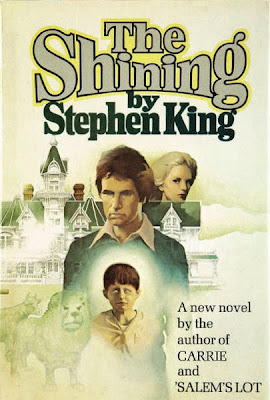 "The Shining is a 1977 horror novel by American author Stephen King.
The title was inspired by the John Lennon song "Instant Karma!",
which contained the line "We all shine on…" "
The Shining (novel)

"Roger Keith "Syd" Barrett (6 January 1946 – 7 July 2006)
was an English musician, singer, songwriter, guitarist, and painter, best remembered as a founder member of the band Pink Floyd.
He was the lead vocalist, guitarist, and primary songwriter during the band's psychedelic years, providing major musical and stylistic direction in their early work;
he is also credited with naming the band.
Barrett left the group in April 1968 amid speculations of mental illness exacerbated by drug use, and was briefly hospitalised."
Syd Barrett
To quote one more Kubrick movie, as far as Adams life goes,
I think a lot of the time he had his Eyes Wide Shut
when it came to 42 and sync. 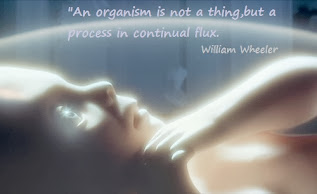