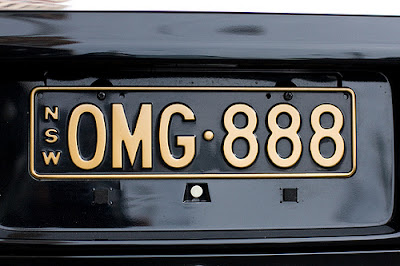 When I logged on this morning to my blog homepage, I was surprised to see this ;
Total PageViews 888 , I couldn't help but wonder what it meant as far as numerology and symbolism went.
So, I Googled   888   and found this page; 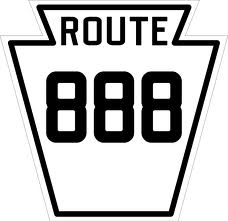 "Best Answer - Chosen by Asker"
This is what I found:
"888 traditionally symbolizes the sacred number of Christ number 8 turned horizontally on it’s side symbolizes Infinity, Endless Life.
It means all time, past, present and future, centered in the present moment of NOW.
On the Highest Spiritual level all time is NOW.
Everything that ever happened is occurring NOW and everything that ever will happen is happening NOW.
We create our present from our past and our future from our present.
It is Karma.
So 888 is a Triply Karmic Day. Karmic to the third Power.
This is a very powerful occurrence.
In the Chinese system 8 is the number of the Total Universe, Fortune.
I predict many Chinese will be booking induced births on Aug, 8 2006 to have their children born with this lucky number.
A certain favorite writer, seer and radical visionary of mine Stuart Wilde, talks about Infinity as being at a 90 degree angle from our present sense of 3D reality.
To me, 8 normally appearing vertically, then turned on its side at a 90 degree angle which creates Infinity extends this sense of multi-dimensionality even further.
It amps it up to an even higher degree.
888, the number of the Holy Spirit, an endless cord, the ourobouros serpent eating it’s tail.
The Infinity symbol appears in a number of traditional Tarot Trumps, the Magician # 1, and # 8 Strength/Justice.
From An Illustrated Encyclopedia of Traditional Symbols by J.C. Cooper
“Spiritually, eight is the goal of the initiate, having passed through the seven stages or heavens, and is thus, the number of Paradise regained; regeneration; resurrection; perfect rhythm; the eighth day created the new man of grace.
7 + 1 is the number of the octave and a new beginning it is solidarity as the first cube, and it denotes perfection by virtue of its six surfaces.
There are 8 winds, directions in space. The wheel of time has 8 spokes.
The octagon is the beginning of the transformation of the square into the circle and vice versa. Eight represents the pairs of opposites
Buddhist: 8 means completion, all possibilities, 8 symbols good augury
Christians: 8 symbolizes regeneration; rebirth.
Eight beatitudes.
Egyptian: the number of Thoth, the great metaphysical teacher.
Hebrew: perfect intelligence, splendor, the digit value of IHVH, the “number of the Lord” The Temple was sanctified in eight days.
Circumcision, the covenant with God for Hebrew males takes place on the 8th day of life.
Hermetic Tradition: The magic number of Hermes.
In Hermetic theology there is one chief god Thoth/ Hermes, inventor of numbers and geometry, and eight minor gods.
Hindu: 8 x 8 is the order of the celestial world established on earth. Temples are built on the pattern of the Mandala, the 8 x 8 symbolism.
There are eight regions of the world; suns; divisions of the day .
Islam: The throne which encompasses the world is supported by eight angels, corresponding to the eight divisions of space and the groups of letters in the Arabic Alphabet.
Platonic: Plato has eight spheres of different colors surrounding the luminous pillars of the heavens."
I find your question interesting because I recently got a tattoo of a chaos symbol on my wrist. This symbol looks like a compass except it has eight direction arrows instead of four.
It's supposed to represent infinite possibilities and signifies that life can go in any direction. You should check out the Chaos Theory.
Something else that's interesting is numerology.
In numerology, when you have a group of numbers, you add them together until they equal a single digit.
For instance if you had 123 that equals 1 + 2 + 3 which equals 6.
If you add 8 + 8 + 8 that equals 24.
Then add 2 + 4. That equals 6.
Six stands for reaction/flux and responsibility."
Chinese: wholeness, all possibilities, good luck, the Ba Kua has 8 trigrams and pairs of opposites, the Book of Changes 8 x 8 =64.
The circumference of the Bag Kua symbolizes time and space.
There are 8 delights of human existence."

That's all very interesting,and lots of food for thought.
I'll have to take a ride down Route 888 and check out the scenery
for myself ;- )