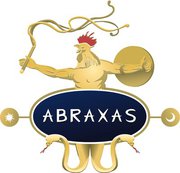 “Because we live in a highly visual world, we rarely exercise the full range of our hearing.
Yet our ears can detect things that our eyes automatically reject.
By listening as opposed to looking, we can avoid overlooking.
Practice can be richly rewarding, whether one is listening for unicorns in particular or neglected delights in general.” 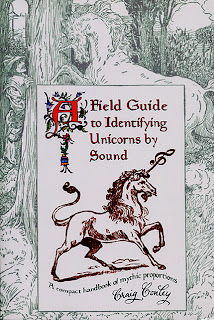 From the introduction to Craig Conley's
A Field Guide to Identifying Unicorns by Sound, which I came across while Google-ing "Abraxas Bookshop" in Google images.
I have to say first off that I have had no interest in unicorns, until I came across this book of Craig's (not that I've read it yet) and the only reason I came across it was because Mary Soliel posted a photo (below) on her blog -

Mary Soliel, Award-Winning Author
of a cloud floating over Grand Tetons Peak, which she asks,"Is that a unicorn cloud jumping out of the Grand Tetons peak?".
To which I replied back,"It looks to me like a crowing rooster, which reminded me of my favourite bookshop, which is called "Abraxas"".
The image of A Field Guide to Identifying Unicorns by Sound  lead me to this review of it at Wonderella Publications.
"And so Conley mines the known literature on unicorns, nobly eschewing distinctions between historical accounts, fantasy novels, and instances of metaphor, organizing the brief excerpts and other tidbits found into 51 short lessons in the art of “deep listening” necessary to perceive the fabulous beasts.
Soundwave diagrams impart insight into such audible tendencies of the unicorn as rustling, laughter, mimicry of orchestral instruments, soft nickering, cries of ruin, and the creature’s alarm “sneeze.”
More complex diagrams contribute to the remapping of the once well-maintained highways between magic and science, illuminating such correspondences as the Fibonacci Spiral with the shape of the outer ear and the comparative curl of the unicorn’s horn with that of the human cochlea.
Conley also offers a companion compact disc with four tracks of listening exercises set in a sylvan soundscape.
Narrator Michael Warwick guides the listener through the first half of the CD, then departs, leaving only the birdsong and delicate, layered crackle and murmur of the forest and whatever one might discover there.
This book and recording are fine works of practical esoterica.
Highly recommended. 8vo offset paperback, 148 pp. $16.
The compact disc, Field Recordings for Unicorn Listening Practice, is available separately for $16.
Source: Publisher. Contact: Craig Conley, 8311 Brier Creek Parkway, Suite 105–353, Raleigh, N.C. 27617. Online at
OneLetterWords.com/unicorn" 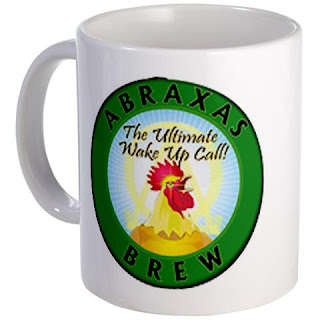