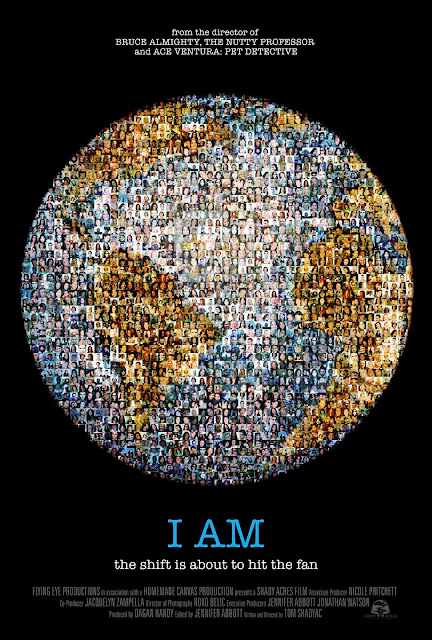 I've seen this film a few times now, and I watched it again today in order to grab a few screen shots for this post.
I've written about this movie before on this blog -
I AM (Tom Shadyac)
but not about my personal syncs surrounding this film. 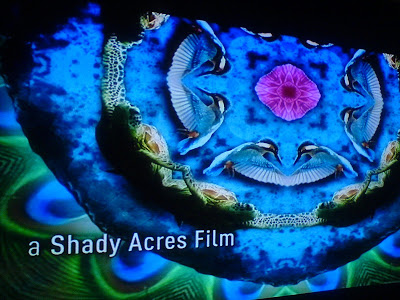 At the opening of the film is this shot of birds that look a little like Sacred Kingfishers.
Of course, as I've stated before, my experience with the Sacred Kingfisher was what got me to start blogging in the first place -
The Bird that Flew into the Window 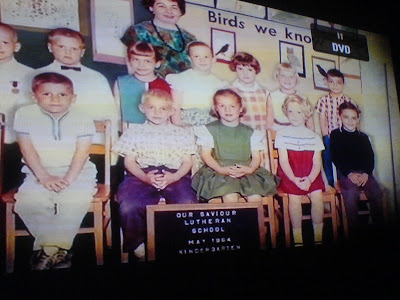 Tom Shadiac the director/producer of I Am can be seen in this kindergarten photo of his which was taken in 1964
(the year I was born) with three pictures of birds on the wall with the caption Birds We Know above them.
One of them looks like a crow and one is an owl. 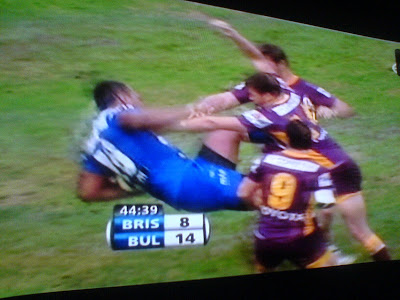 Bearing in mind that the film is all about being connected to each other, I found this shot of the Brisbane Broncos football team from my home town very weird.
My father-in-law who was a big fan of the team, and may have even been at this particular game, had the Bronco club flag over his coffin, and I don't mean just any old flag, I'm talking the actual club's flag, which they had lent the family for his funeral.
Bearing in mind this is an American based film, it was strange that the Brisbane Broncos should turn up in it.
I'm not a fan of the Broncos, by the way.
My club is the Sharks and a few frames later there is this shot - 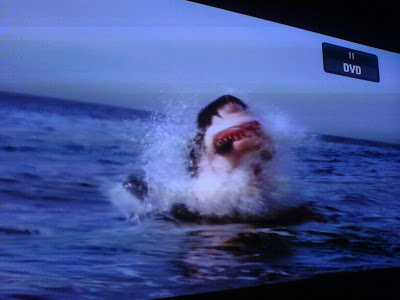 Another personal sync is that at the 11:11 mark of the movie,
Brett Dennen starts singing this song.
I saw Brett Dennen open before Pete Murray at
Seagulls football club on the Gold Coast a few years ago.
He is a great singer live. 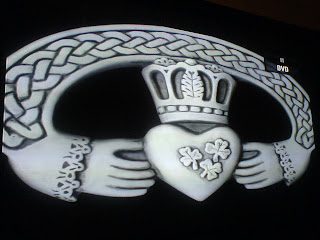 This shot I threw in because this part of the movie was about the importance of the heart being just as important as the brain, and I've been reading quite a bit about this very subject lately.
Also another subject that I have written and read about a fair bit is pine cones and the pineal gland.
And to me that symbol in the crown centre looks a little bit
pine coneish to me.
A great movie to watch and if you haven't seen it yet, put it on your "Must See" list.
Also Andras Jones was taught by Tom Shadiac in an acting class at the college he went to, and I've written about my syncs with Andras here -
Accidental Initiations
So there is that connectedness theme again.
Posted by Brizdaz (Darren) at 11/02/2012 10:56:00 PM