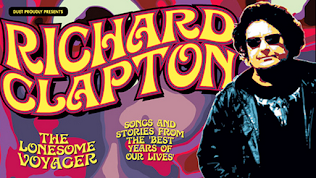 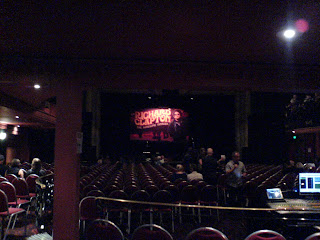 Last Saturday night I went to the Tivoli theatre for my first time ever to see Richard Clapton's show called The Lonesome Voyager.
And all by myself, appropriately enough.
"Following the fantastic response to his recent memoirs,
“The Best Years of Our Lives”, Richard performs a hybrid show featuring not just the songs, also all the often crazy and emotional stories behind the music.
Performed in intimate mode, Richard and the masterful
Danny Spencer on guitar, covering those days of “The Golden Age” the likes of which we will never see again."
The Best Years of Our Lives? 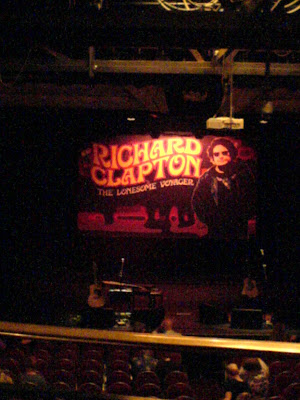 I met Ralph (Richard) last year at the Byron bay Writers Festival and then went to his show/interview at the
Byron Bay Community Centre that same night.
Since that time, I've read the book he singed for me a year ago, got divorced and am living alone.
My Highlight of the Byron Bay Writers Festival 2014 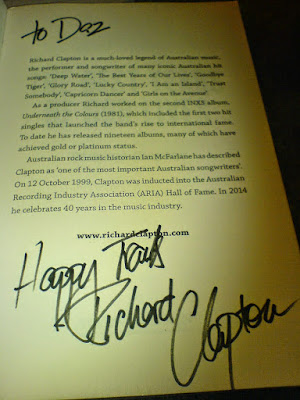 So, I can really relate to being a lonesome voyager at the moment. 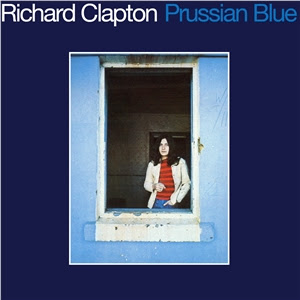 The Lonesome Voyager is the last track on Richard's Prussian Blue album.
"Clapo" as the guys around me were calling him, played just about all my favourites on the night and Danny Spencer was a hit with the crowd, as well, with his guitar playing.
In fact, the crowd were so impressed that at the end of the night when Richard and Danny left the stage a few jokers in the crowd were chanting for Danny to return to the stage, never mind  the poor old star of the show, "El Clapo". 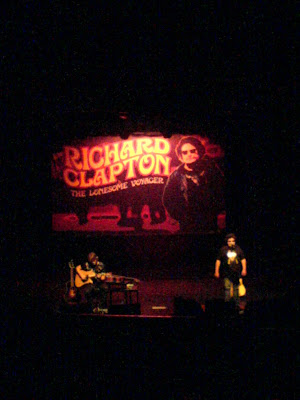 I must say that the Tivoli is a great intimate music venue.
No wonder Bob Dylan played here a year, or two ago. 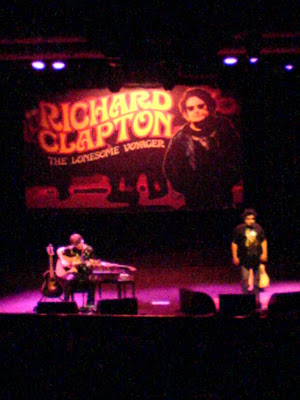 I had a great night at this show and couldn't resist buying a Lonesome Voyager coffee cup to drink my morning coffee out of while sitting at the breakfast bench all on my lonesome ... but loving it. 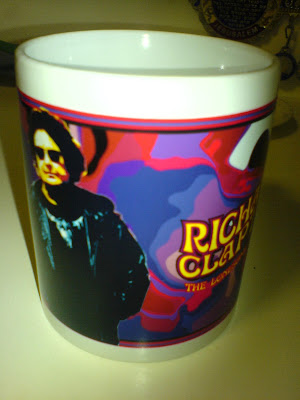