The Bird that Flew into the Window (Part 2) 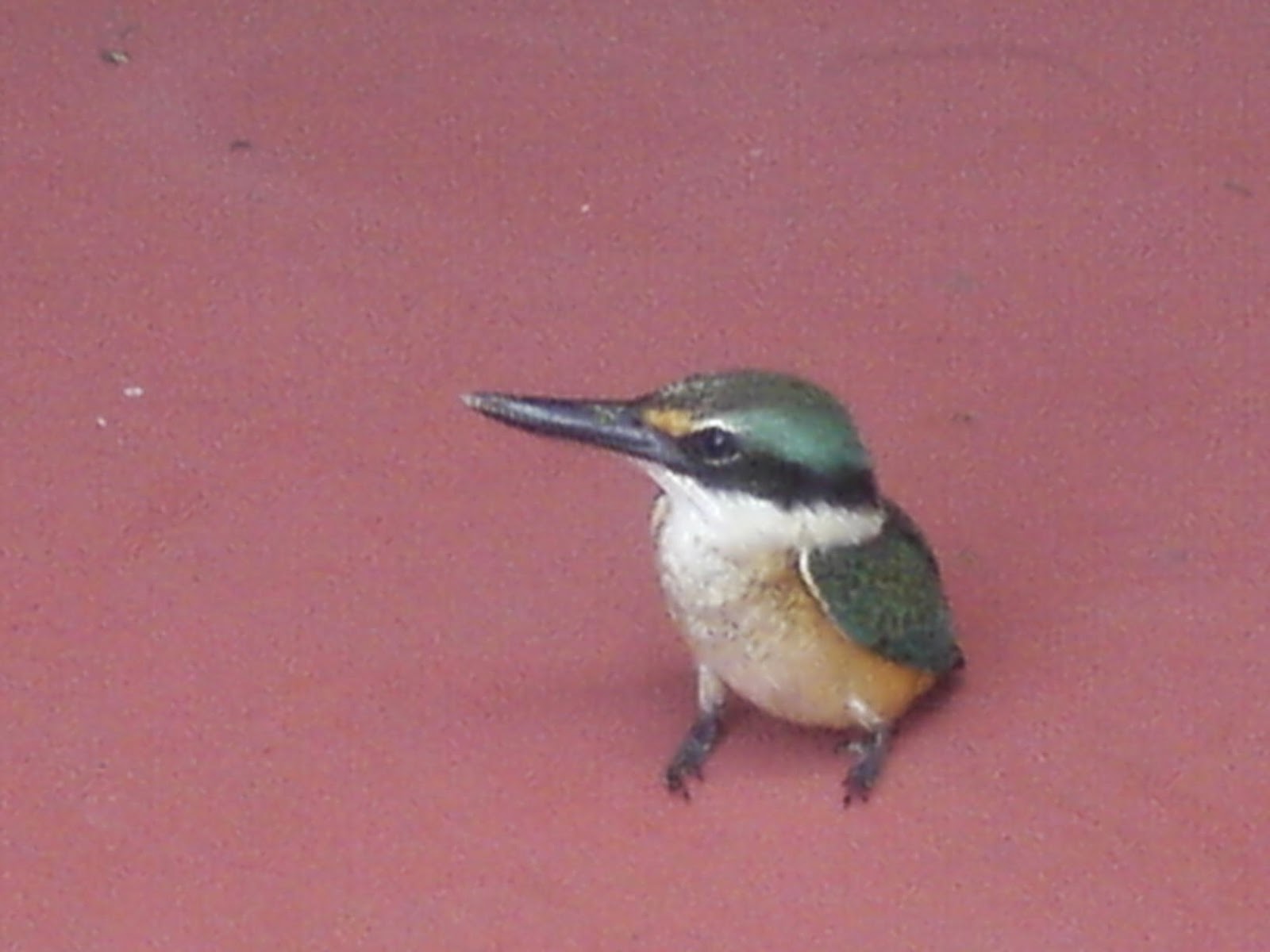 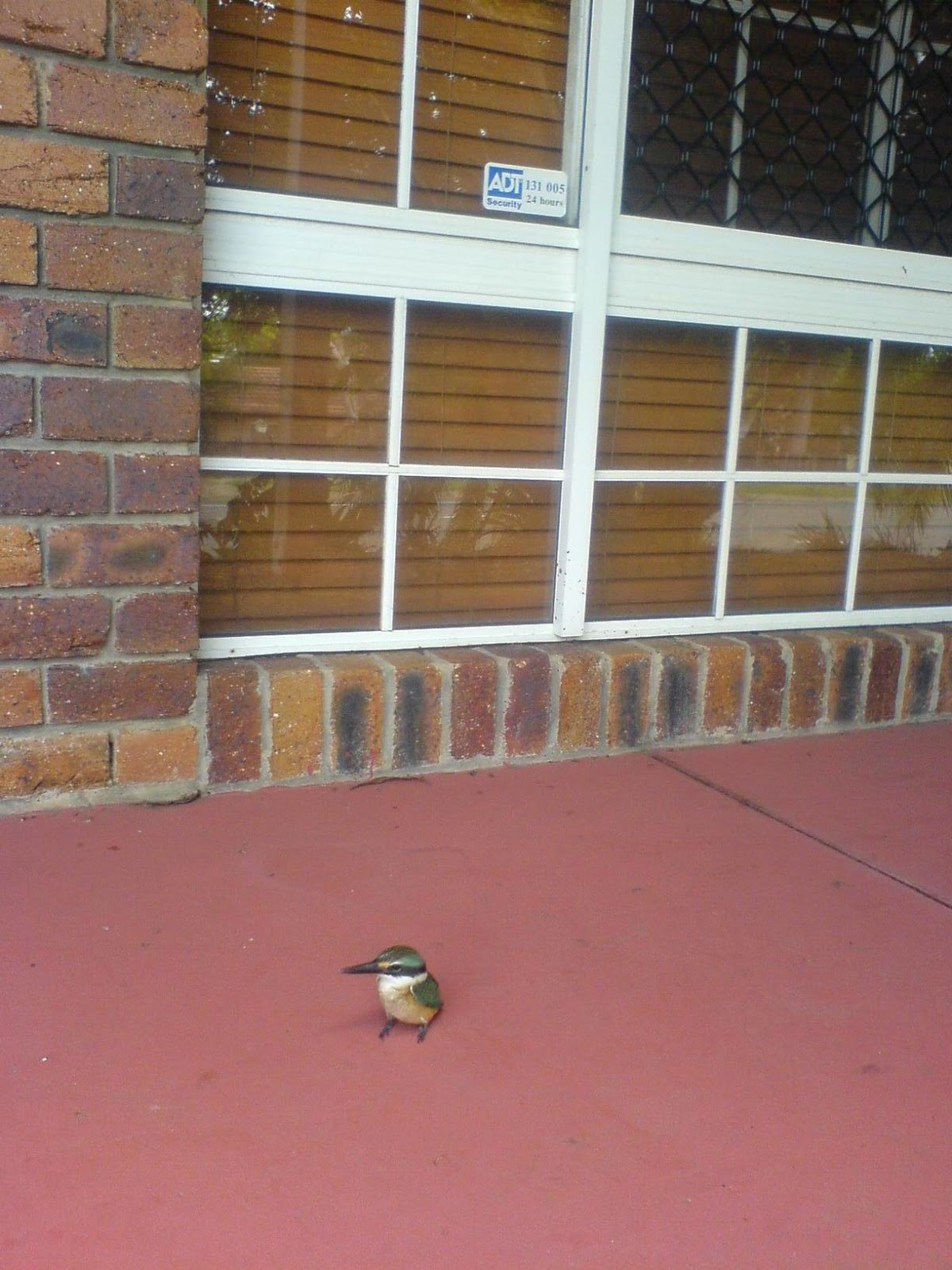 I finally found out what the name of the bird is that flew into my window...and it came to me in unrelated synchros.
First of all,the bird is a "Sacred Kingfisher".
How do I know?
Well it's a bit of a long story, but here goes;
Around Xmas time I had some holidays for a few weeks and decided it was time to read IT, the Stephen King novel. 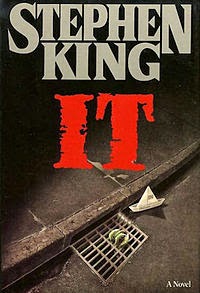 I had a lot of synchronicities happen (and are still happening) from reading this novel.
One was, I was collecting a parcel at my Post Office, where I have a PO Box, and they were selling a book called
Field Guide to the Birds of Australia.
Now, in the novel there is a young Jewish boy (who later commits suicide, rather than face IT again) who fends off IT with his
"Bird Guide Book".
When I was reading this, I thought that is something I should buy one day, so I can identify some of the birds that fly around here.
So when I saw the post office was selling one, I grabbed it, took it home and threw it in my big pile of "to read" books on my desk.
This morning while looking at the pictures of the strange little bird  that hit my window, I decided to get out the bird book and try to identify the little critter.
I thought it would take some searching, but it was the first bird I laid my eyes on almost, I couldn't believe it.
The book comes with 4 loose posters (see photo).
The first one I opened was one featuring wetland birds.
Now although I don't live very far from the forest, I do live pretty far from any real wetlands that I know of.
The photo below is the top left-hand corner (1/4 of the poster) of the poster (the part I first saw) and there was the drawing of the little Sacred Kingfisher.
Also in that quarter is an Australian White Ibis, which is another weird synch, because sitting right under the bird book was a book called
Lords of Light, The Path of Initiation in the Western Mysteries,
by W.E.Butler
(which may explain why a little tiny spider was trying to spin a W.E.Butler...from the ceiling into  the shower this morning, while I was in it...and I had to flick water at it, so it would go back up), which is subtitled "The Teachings of The Ibis Fraternity"
Which has a picture of a White Ibis on the back of a fraternity member's robe, and the member is standing on a checkerboard floor, but instead of the usual black and white pattern, it is a blue (just about my favorite shade) and black pattern.
Similar in colour to my Blue Arcturian statue (and the Kingfisher's head), which is on my desk.
Now, this is really getting synchromysticlly weird, because today, I just got a parcel from Amazon (which I picked up from the post office) containing the book We the Arcturians by Dr.Norma J.Milanovich
(the one cj recommended a while back on the Synchronicity blog of Trish and Rob MacGregor  [that was the day I ordered it.BTW] )
The front cover of  the We the Arcturians book has a globe of the Earth, with Australia fairly well prominently shown.
(The bird poster also shows a Black Swan, which was a movie I loved, and want to watch again, by the way).
This morning before the Arcturian book came, I had done a Google search for "Sacred Kingfisher" and found a site selling Sacred Kingfisher stickers (see photo below)
so I had a poke around on their site and ended up ordering $52 worth of stuff, which appealed to my right brain (hey, I'm a Libran, what do you except?), including some lorikeet magnets and this blue dolphin (which reminded me of the Blue Arcturian).
As I was flicking through the We the Arcturians book (which came later in the day), there was a book advertised in the back called Sacred Journey to Atlantis, which has a picture of a head with dolphins swimming around in it.
I don't know where all this high weirdness is going, but I'm going to follow...
stay tuned.
Posted by Brizdaz (Darren) at 3/09/2011 02:07:00 PM

Wow, Daz, this one is very layered and all about the bird! Very cool. I'd say you're in the synchro groove.

Thanks for telling me to hit the title. Oh duh. Not too swift these days. Just getting back on track after all the hacking. I bought an imac which has helped immeasurably!

Hi Trish,
Re:
"Wow, Daz, this one is very layered and all about the bird!"

Yeah,it's a bit of a mess.I tried to put it straight down as it came out of my head,in case I forgot something,but I'm not game to tidy it up,in case I lose the story,like I did with my first bird story.