Binalong an Aboriginal word meaning 'under the hills, surrounded by hills, or towards a high place'.
Writing about the Gum Tree synchronicity a few posts below, and the movies I've recently seen in the post just below this one, has jogged my memory back to a movie I saw a week before my Father-in-law died last October.

That movie was a darkly prophetic movie, in more ways than I realized at the time.
That movie was shot in Queensland (my home state), not too far from where I live now.
It was a French/Australian co-production called The Tree. 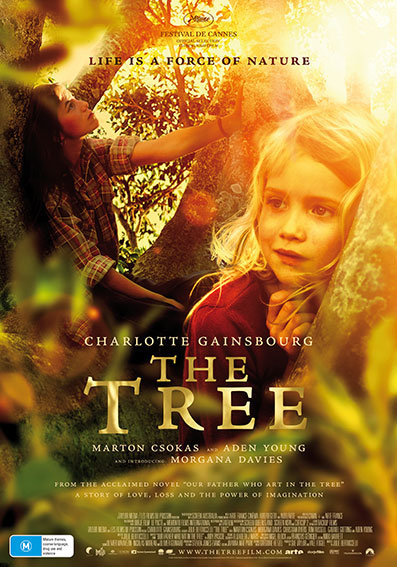 SPOILER ALERT (there will be many from now on)
It's about an 8 year old girl who believes her dead father's spirit is inhabiting the huge Fig Tree growing just outside the family house, and that he is watching over her and the family.
Now, I had a free double pass to see this movie, but my wife was busy that weekend, so I gave the pass to my brother, who took my mother with him to see it, and I went and paid my own admission to see it by myself, because movies like these don't have a long screening life at the Cineplex, and I really wanted to see this film on the big screen.

One thing about the film that struck me was how much the little girl in the film looked and acted like my niece (below).
When I got home I told my wife about the movie and how much the girl in it was like my sister's little girl, so we agreed we would both see it sometime in the following week...but we never did, because like the girl's father in the film, my wife's father died of a heart-attack, from out of the blue.
No one saw it coming, just like in the film.
I don't think my wife could ever watch the film now, because it's just too close to home, in more ways than one.
But that's not all.
In the film, the family house, and the tree get smashed by a massive cyclone, and three months later a massive cyclone (Yasi) would smash the state in which the movie was filmed.
Also parts of Boonah (where the movie was actually filmed) would be flooded in January 2011.
So looking back now, it's easy to see just how prophetic it was.
The DVD of The Tree should be out soon, and I think it's worth another look, to see if there wasn't something else I missed...but I'll probably have to watch it when the wife is not around.
I think it may be just too painful for her to ever watch.
It's a shame she didn't get to see it when I went.
It's amazing what difference a week, to a few months can make, to the way a film will be viewed for the rest of your life.
Posted by Brizdaz (Darren) at 3/26/2011 11:22:00 PM