Six Degrees of "The Hunter" 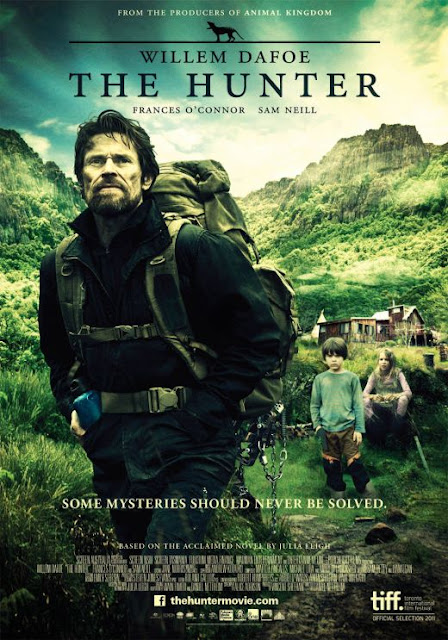 I recently saw the movie The Hunter, starring Willem Dafoe,
Sam Niell and Morgana Davies (from The Tree) and I just keep finding the notion of Six Degrees of Separation a fascinating concept that just keeps playing out in front of my eyes in real life and on the cinema screen.

Ever since I saw the movie The Tree and wrote about it here on this blogpost,
The Tree
I've been amazed how the actors in these films have teamed up in other films and areas of life by just what appears to be chance.
In The Tree Morgana Davies starred with French/English actress Charlotte Gainsbourg, who starred with Willem Dafoe in Anti-Christ, which was directed and written by Lars von Trier
who also made Melancholia, which I just saw last week.
Melancholia stars Charlotte Gainsbourg from The Tree,
Charlotte Rampling from Eye of the Storm, which was directed by Fred Schepisi, who directed Six Degrees of Separation,
and who I wrote about here,
Six Synchronistic Degrees of Fred Schepisi
Dafoe was also in a movie called Daybreakers
which was filmed in my home town Brisbane, and also starred
Sam Niell from The Hunter and Ethan Hawke from Waking Life
(see post below this one).
Now, the interesting story here is that my eldest son Kevin worked and met with the directors of Daybreakers for one day of editing of the film in their Brisbane studios, while he was doing a high school course on film.
And he spent the day chatting to them about the film industry.
Another interesting fact also is these directors are real life twin brothers from Brisbane.

In Dafoe's next film Boot Tracks he will play a character named William "The Buddha" Pettigrew and will star with Stephen Dorff who starred in the Sofia Coppola movie  Somewhere, which I've also written about on this blog somewhere ;- )
Not to mention John Vincent Hurt who was in Melancholia and also narrated Paul Cox's  film Vincent.
See my post -
Midnight in Paris on All Saints Day
to make sense of that last sentence...or to go further down this rabbit hole.
Posted by Brizdaz (Darren) at 11/24/2011 12:14:00 PM