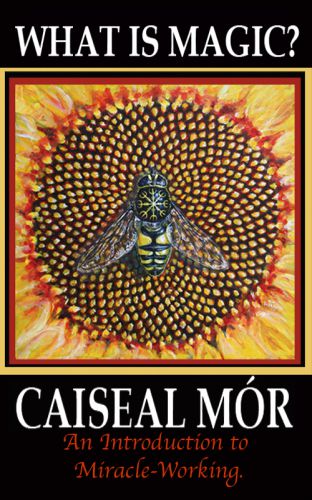 I started reading Caiseal Mor's new book What is Magic?, which you can buy as an e-book from here...
What is Magic?
and although I've only read a few chapters, so far it hasn't been disappointing.
I like how he tells the story of the 13th Dali Lama sending his emissary to England to find out what he could about British spiritual practices and why they were so successful as a nation.
The emissary returned with the secret mantra that the British were taught from a very young age,
"Row, row, row  your boat,

Gently down the stream,
Merrily, merrily, merrily, merrily,
Life is but a dream."
Oddly enough, I was also watching the movie Waking Life directed by Richard Linklater.
It is an animated film about being awake in a dream in a dream.
Richard also directed the similar animated style Philip K Dick film version of A Scanner Darkly.
But I digress...more on that film in a later post.
What I really wanted to let you see and hear was Caiseal Mor's new magical dreamy tune called, Dance of the Djinn.
Play it as background music if you don't want to watch the clip and just listen to how magical it sounds.