Through a few synchros that occurred to me involving the word "pilgrimage", I decided to pick up and read Paulo Coelho's book
The Pilgrimage which I've had in my 'to read' pile for about a year.

This book was written before his smash hit The Alchemist.
It's about a pilgrimage Paulo made at the beginning of 1986 along the road to Santiago in Spain/France.

Now let me stress here that I am NOT a Christian in the 'normal' sense of the word.
I do not believe in the controlling dogma the hierarchy of the Christian church dribble out of their mouths to control the masses, but I do place great value on the esoteric side of  it's teachings.
I don't believe in throwing the baby out with the bathwater, when I feel with my heart that there is a baby in there to save.
In some of my older posts I have written about the heart, and one of the Christian icon's I have always felt drawn to is the Sacred Heart. 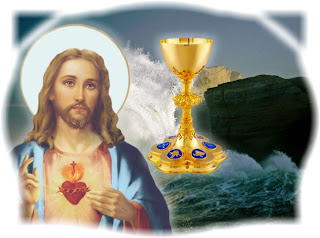 Two of the most profound symbols to me in the church are the Sacred Heart of Jesus and the communion cup and wafer.
The next would be the Virgin Mary, but that's for another post maybe?
I like the Sacred Heart, because I always felt when I saw this image that Jesus was saying it is more important to follow the heart than the head...the head should be the junior partner to the heart in other words.
And the communion cup I love because it is a reminder that although we are separate beings, we are all from the one source, and that should not be forgotten.
That's why in my opinion nobody should be excluded from communion.
Anyway, this passage from The Pilgrimage caught my attention last night;

"...the shells glowed with a light that did not illuminate.
The brightness grew and grew, and I heard a mysterious voice, emanating from Father Jodi's throat, saying,
"Wherever your treasure is,there will be your heart."
It was a phrase from the Bible.
But the voice continued,"And wherever your heart is, there will be the cradle of the Second Coming of Christ; like these shells, the pilgrim is only an outer layer.
When that layer, which is a stratum of life, is broken, life appears, and that life is comprised of agape."
Having read the Bible right through from cover to cover years ago, I have never been a big fan of it in total as it is obvious that it has been tampered with many times in the past, to the point that it doesn't make much sense anymore...if it ever did, as a total book.
But there is still a lot of wisdom (as well as a lot of rubbish) in it...Just my opinion though, and I know any Fundies reading this post will be cursing me to hell for saying it...but that's what's in my heart...sorry.
Anyway, I looked up this particular passage Paulo was talking about and found out it was Luke: 12:34.
Then a thought came into my head that if I start seeing this regularly like I do with 11:11 on clocks and such, that I should remember that verse and what it implies.
Now, 12:34 is NOT something I would see on clocks and such much, but the first post I did over at Synchrosecrets.com this morning was under a post that was posted at 12:34, which I noticed after I had posted my comment.
Which made me think how fast this things can work. 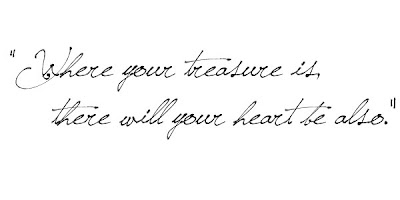