I had a dream months ago, which I can't remember now (that's why it pays to record them in a dream diary) which involved nine and naked.
I was curious as to what the dream meant, so I did a Google search on the terms "Nine"+"Naked"+"Synchronicity", but the only thing that seemed to be relevant was a book by the title
Nine Kinds of Naked by Tony Vigorito.
I went to Amazon to see how it was reviewed by previous readers, and it looked pretty impressive, so I put it on to my 'Wish List' and then forgot about it.
Weeks later something else prompted me too buy it, so I did.
It arrived in the post with a bundle of other books, and I threw it into my "To Read'' pile ... and forgot about it.
Something else prompted me to dig it out to read it (it must have been important ... because I can't remember what that was either) and I just left it to lay on my computer tower promising myself that I would read it soon.
But I don't really like fiction books that much, and if I can read a good non-fiction book instead I will, so I left it to lay there, thinking if I'm meant to really read it, a sync will draw it fully to my attention.
Well, I was at a Day on the Green concert
(Steely Dan & Steve Winwood) and a band by the name of Oh Mercy was playing before Steve Winwwod ... and they were good.
When they finished their set an announcement came over the PA saying that they were signing copies of their new CD
Great Barrier Grief at the merchandise tent.
I thought I would get one, because I liked their music and wouldn't mind a copy for my CD collection.
But as fate would have it, they had sold out.
So, I thought while I'm up here I"ll see what merchandise they were selling.
There was a Steely Dan coffee cup and a Day on the Green hat that I had my eye on (I needed a new hat, anyway), but as I was waiting ... and waiting, the girl in front of me asked to see one of the T-shirts they were selling (which I hadn't noticed).
But it was a 'Medium' size and she wanted a 'Small', unfortunately (for her) that was the smallest they had (which just happens to be my size).
The shirt had a picture of a gnome on it, which reminded me of the book cover of Nine Kinds of Naked with the gnome on it.
So, I bought it and decided that I just had to start reading the book now.
While I haven't finished it (I've only read about 100 of the 400 pages) I can tell you Tony has become one of my favourite authors already.
Every page is a winner, so far.
It could all go down hill from here, but so far this guy is really good.
http://www.tonyvigorito.com/
I'll tell you more about it after I've finished it (whether I liked it as a whole, or not), but it sure is turning into  one of the best non-fiction books that I have read.
I hope he doesn't let me down. 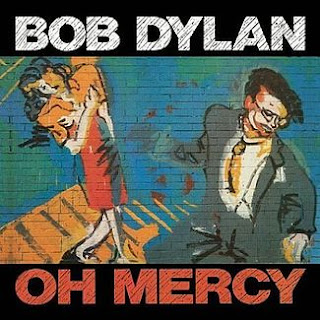 I should have known there would be a Bob Dylan sync here.

Update: Nov 8th, 2011
Tony Vigorito is a bit of an enigmatic person, last night I tried to find out what he was doing lately, but try as I may, I couldn't find out anything current about him.
But on my Goggle search I came across this link;
dropout50394.yuku.com/.../Thoughts-Chaos-Collapse-and-Synchron...
9 posts - 7 authors - Last post: 23 Sep 2009
Since Sept 23 is my birth-date I thought maybe this sycnc is worth checking out ... and boy was it.
He wrote a post about synchronicity that just about struck me dumb.
I'll reproduce it below, in case the post gets taken down.
It is really worth reading in my opinion, so here it is below;

As McKenna also intones on one of my favorite Shpongle tracks: Nothing is wrong, everything is on track. And indeed it was, for as it turned out, my matrimonial cataclysm was just the apocalyptic knock I needed to inspire the novel some part of me had dared myself to fathom. I gave up, I surrendered, and it was only then that Nine Kinds of Naked could proceed according its own synchronicity. There was a tremendous relief in this giving up of control, in surrendering to some chaotic process infinitely larger than myself, in realizing not only that I am not in control of my life, but also that I don't have to be.
So here we yawn at millennium's dawn:
Bugles are blasting and the walls of civilization are crumbling, chaos is seeping through the cracks and crawling out of the shadows, survivalist monkeys are buying guns and the ice caps are melting besides as chaos gazes unfazed at the clamor of humanity sounding for all the universe like the echo of a distant wind chime.
That which we thought was stable, safe, and secure is not, that which we sacrificed so much for is failing, that which told us who we are is collapsing like a psychedelic kaleidoscope.
And as our social structures collapse, humanity-barbaric, beautiful humanity-humanity will rediscover the awesome divinity that inhabits the core of our consciousness as one by one we give up control because society may not be our friend but chaos is our mother and our mother is an order unfathomable, a layer of complexity much deeper than the dim and flimsy arrogance of ego can admit to itself.
Welcome our selves to the cathedral of eternity, the dimension in which we step out of that steaming pile of ego which passes for human consciousness and at last surrender into a higher order of experience in which our inter-connectivity one to another becomes blindingly obvious, and we see, and we know, and we remember, that there is so much more happening in life than we have ever been led to believe.
Synchronicity on the sultry soothe of your day~

Then this morning I tried to Google the link again using just
'Tony Vigorito', but I couldn't find it this time, so I put 'Sep 23' in with his name and got this;


The Visionary Activist with Caroline Casey on KPFA, Thursdays at 2pm