I'm off to see a play written by Katherine Lyall-Watson, the niece of author and adventurer Lyall Watson.
"Lyall Watson, who died on June 25 aged 69, was an adventurer, explorer and the author of New Age books about the paranormal, including the bestselling Supernature (1973); he introduced the psychic showman Uri Geller to British television audiences, and in the 1980s imported sumo wrestling to the West, presenting coverage of sumo tournaments on Channel 4."
http://en.wikipedia.org/wiki/Lyall_Watson

Katherine's play is called Motherland and plays for two nights at the Metro Arts Theatre this weekend.
(note how her play is on the "What's On"[Watson] page of the Metro Arts site?- )
It states in this newspaper article on Lyall that,
"Although he had no children, he indulged his five nieces on their 18th birthdays by taking them anywhere in the world they wanted to go.
On the first of these trips – to Egypt – a diner in a restaurant offered Watson 200,000 camels for the hand of his eldest niece, Katherine.
After a lengthy, pregnant pause, Watson successfully called the admirer's bluff when he replied that her price was her weight in gold."
http://www.telegraph.co.uk/news/obituaries/2236703/Lyall-Watson.html 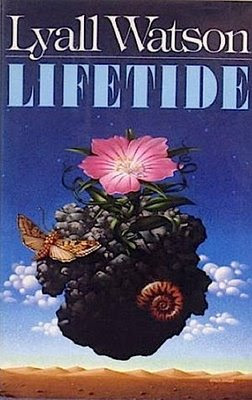 I wrote about Lyall and his book Supernature here in February his year;
Supernature Syncs
and it's funny now reading what I wrote in that post.

I remembered thinking "It's a shame Mike Clelland never got to do a podcast with Lyall at Mike's Hidden Experience blog, as I would have loved to of heard him being interviewed.
Because it was a post on Mike's blog about Talbot that prompted me to pick up and read The Holographic Universe, which led me to Lyall's book.
It's also interesting that there is an artist by the name of
Lauren Clelland on the same "What's On" page that Katherine's play is on.
Here's a few You Tubes of (strange?) guys reviewing  Lyall's books -
... and a You Tube of a young Lyall on the BBC.
Katherine writes on her blog about her new play Motherland, saying;

"After four years of researching, writing, developing, rewriting, researching again and more developments, my play about Nelle Tritton, Alexander Kerensky, Nina Berberova and Vladislav Khodasevich is getting a showing at Metro Arts. Whoo hoo!
I’m excited and terrified at the prospect.
The showing is a rehearsed reading at Metro Arts’ Free Range and I’ve been having nightmares where it all goes horribly wrong and the audience turns on me.
(Kind of like those getting up to give a talk and realising you’re naked nightmares.)
In the last one, a man in a wheelchair yelled at me for giving him the worst night of his life.
I woke up in a cold sweat and realised that I might just be a control freak.
You see, creating theatre is an act of trust and collaboration.
As the writer I can work alone for as many years as I choose, but to get the play staged I have to trust other people with my precious baby.
I have to take a step back and let them choose how to dress her, what to feed her and which school she goes to.
All I can do is hope and pray that she’ll come out okay.
While I keep her in my head and on a page, she is stillborn but perfect (in my imagination at any rate).
When others take her and play with her, she has the chance to live and breathe and be complex, flawed and glorious.
She also has the chance to stuff up and show all the genetic flaws I gave her.
The good news is that my baby is in wonderful hands.
I respect and love all the people who are taking this next step with her.
Now I just have to take a deep breath and trust that I’ve given her the bones, muscle and heart she needs to grow and be everything she can be.
If you’re in Brisbane on 22 and 23 June and would like to join me to see the birth of this long gestating baby, I’d love to see you there.
(You can book tickets at this link.)
I’ll be the anxiously pacing parent at the back of the theatre." 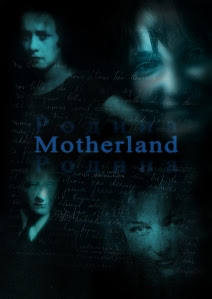 Another weird sync is that a good friend of mine Warrick Fraser designed the cover for Katherine's playbook.
He has never talked about Katherine to me, nor I to him.
So, it was a complete shock to me to see Warrick was working with her.
Small world isn't it?
Posted by Brizdaz (Darren) at 6/21/2012 11:54:00 AM