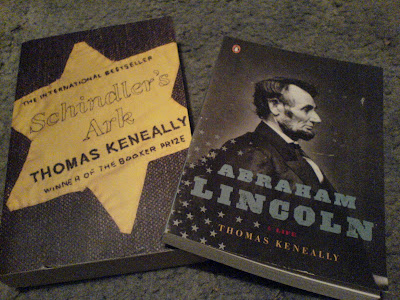 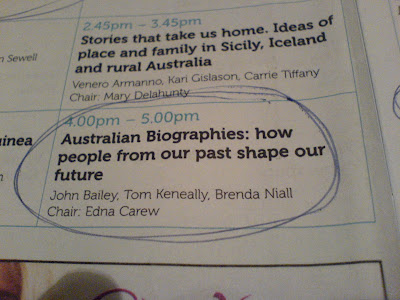 I attended a talk on the last day of the Byron Bay Writer's Festival
featuring Tom Keneally;

"Keneally wrote the Booker Prize-winning novel in 1982, inspired by the efforts of Poldek Pfefferberg, a Holocaust survivor.
In 1980 Pfefferberg met Keneally in his shop, and learning that he was a novelist, showed him his extensive files on Oskar Schindler.
Keneally was interested, and Pfefferberg became an advisor for the book, accompanying Keneally to Poland where they visited Kraków and the sites associated with the Schindler story.
Keneally dedicated Schindler's Ark to Pfefferberg: "who by zeal and persistence caused this book to be written."
He said in an interview in 2007 that what attracted him to Oskar Schindler was that "it was the fact that you couldn't say where opportunism ended and altruism began.
And I like the subversive fact that the spirit breatheth where it will.
That is, that good will emerged from the most unlikely places".
The book was later made into a film titled Schindler's List (1993) directed
by Steven Spielberg, earning the director his first Best Director Oscar.
Keneally's meeting with Pfefferberg and their research tours are detailed in Searching for Schindler: A Memoir (2007). Some of the Pfefferberg documents that inspired Keneally are now housed in the State Library of New South Wales in Sydney.
In 1996 the State Library purchased this material from a private collector.
In April 2009 a copy of the list (including 801 names) was found in the documentation
Thomas Keneally used as research material for his novel."
http://en.wikipedia.org/wiki/Thomas_Keneally


I ended up buying four of Tom's novels, but would have gladly bought them all, if it wasn't for me trying to stem the hemorrhaging flow of credit that my plastic card was spurting out from the wounds I was inflicting on it. 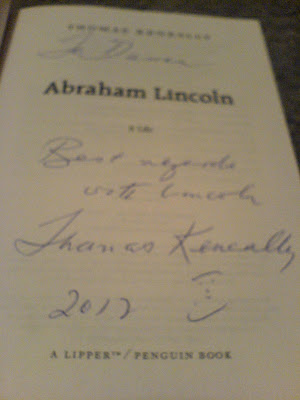 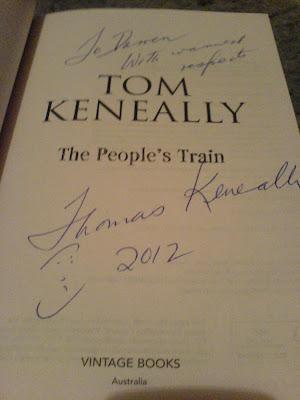 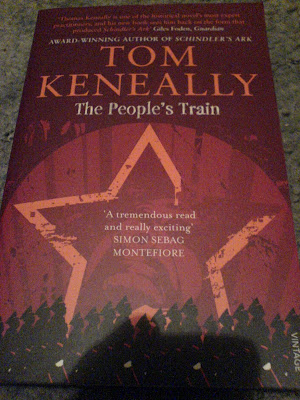 The People's Train got my attention since it was set in my hometown Brisbane and seemed similar in style to
Katherine Lyall-Watson's play Motherland.
My Night In Motherland 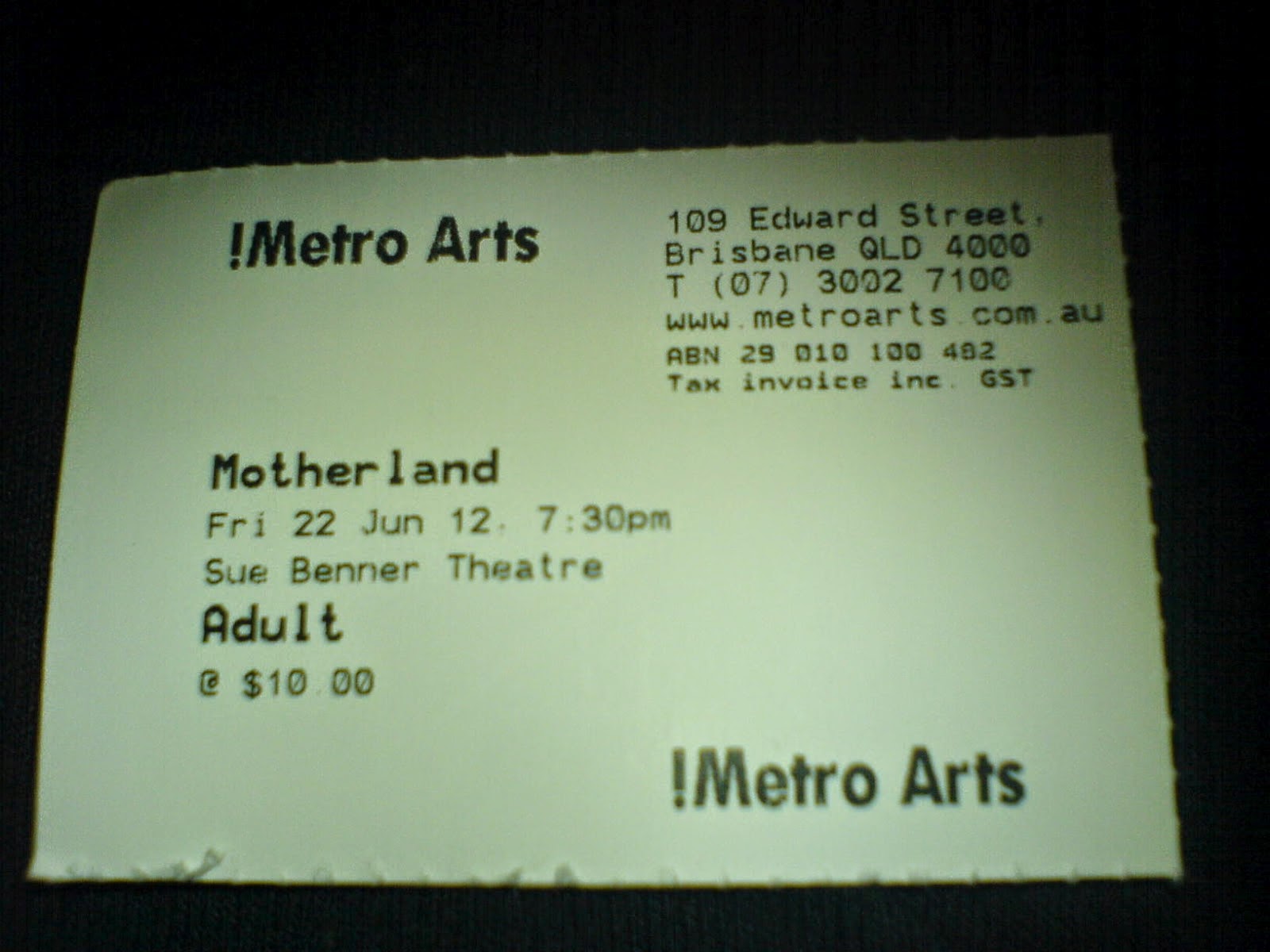 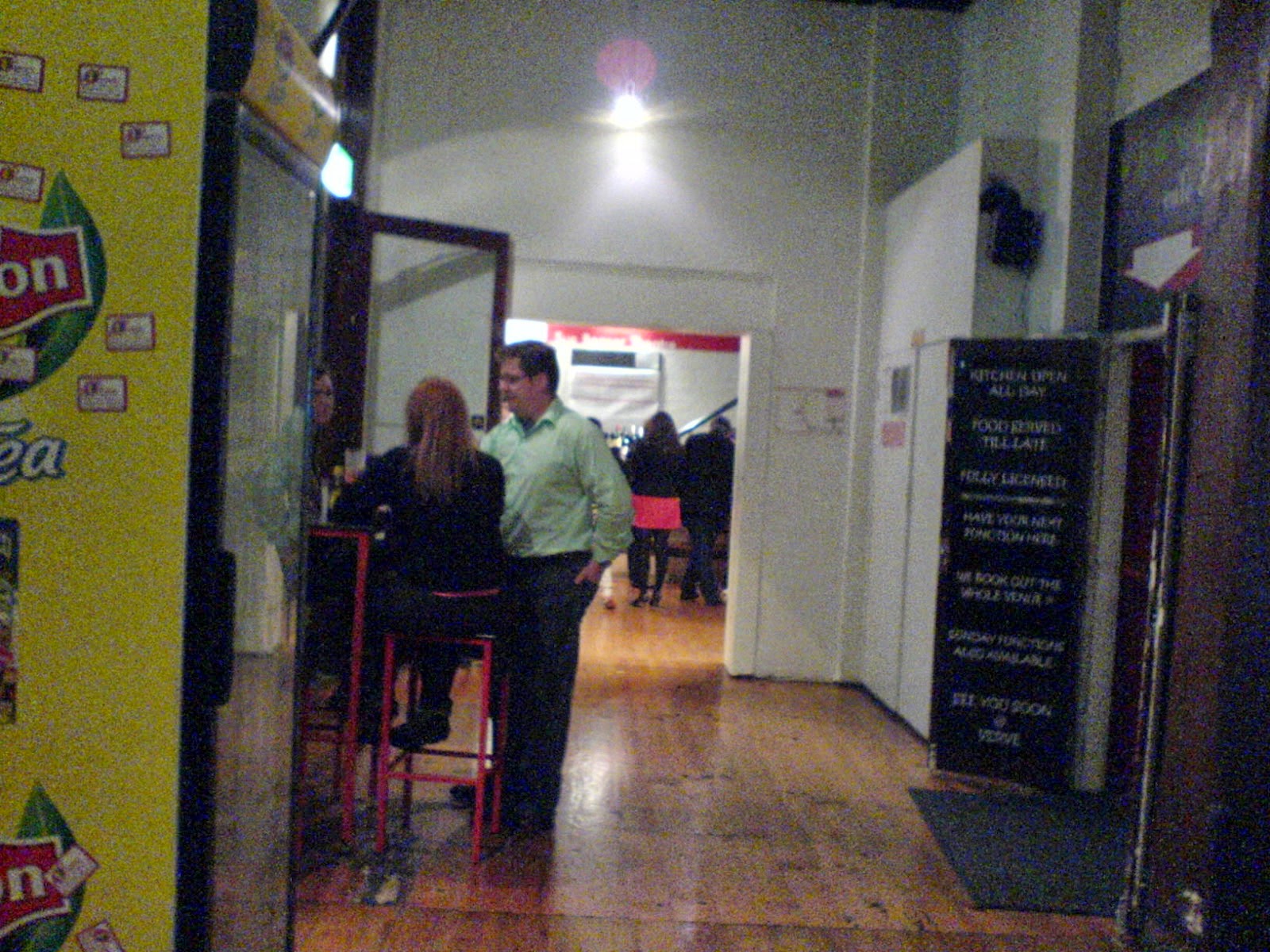 "A novel adventuring between the pre-WWI Russian enclave in Brisbane and Tsarist Russia. From the author of Schindler's Ark, another tale of oppression and the triumph of determined peoples.
Artem Samsurov, a charismatic protege of Lenin and an ardent socialist, reaches sanctuary in Australia after escaping his Siberian labour camp and making a long, perilous journey via Japan.
But Brisbane in 1911 turns out not to be quite the workers' paradise he was expecting, or the bickering local Russian emigres a model of brotherhood.
As Artem helps organise a strike and gets dangerously entangled in the death of another exile, he discovers that corruption, repression and injustice are almost as prevalent in Brisbane as at home.
Yet he finds fellow spirits in a fiery old suffragette and a distractingly attractive married woman, who undermines his belief that a revolutionary cannot spare the time for relationships. When the revolution dawns and he returns to Russia, will his ideals hold true?"
There were a few Lincoln syncs floating in the ether that weekend as well.
I never knew Keneally had written a book about Lincoln until seeing one on the table of the bookshop at the BBWF.
Gore Vidal had just died that weekend also, and he had written a screenplay about Lincoln.
Gore Vidal Dead at 86
And Abraham Lincoln: Vampire Hunter had just been released that weekend also in Australian cinemas.
Not to mention that I am related to a bunch of Lincolns by marriage, also.
Then when I did get a chance to see
Abraham Lincoln: Vampire Hunter at the movies, Lincoln Lewis was in a trailer before the movie,called Bait.

I've just seen this story on the national news here in Australia;
Teller steals thousands from bank's most wealthy

"A Sydney bank teller has pleaded guilty to stealing $250,000 from some of the Commonwealth Bank's wealthy customers.
Last month bank employee Karen Chau was charged with six counts of dishonestly obtaining financial advantage by deception.
Today in Downing Centre Local Court, the 39-year-old pleaded guilty.
She remains on bail and is yet to be sentenced.
Documents tendered to the court show Chau transferred $250,000 from customers' accounts into her own between October 2010 and January this year.
Police say she worked in the inner city in a section of the bank that offers services to wealthy customers.
The documents include the names Thomas Keneally and Judy Keneally on a list of her victims.
But the court papers do not confirm if the Keneally couple, who had $71,000 taken from their account, are the Australian author and his wife." 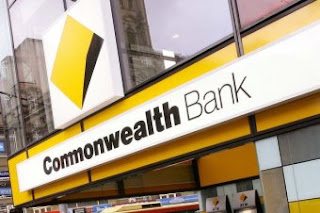