The Flipside of Vanity

Since seeing Richard Martini on a You Tube talking about his book Flipside, I was intrigued so much that I bought his book through Kindle (haven't read too much of it yet), and I often now visit his blog to read his current posts.
Flipside: A Tourist's Guide on How To Navigate the Afterlife 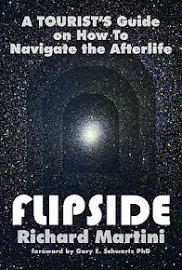 I was reading his current post on Oct 22nd called
"10 Meditations to Ponder"
In that post he wrote -
"  Here are ten meditations that have come from "spirit guides" during deep hypnosis sessions.
1. Go with the Flow.
2. Start experiencing life in the moment.
3. Accept and Forgive everything that comes to you.
4. Focus on Love and Joy.
5. Get in touch with your Guides.
6. Let Go - stop resisting, realize we are not in control, expand internally.
(Let go of fear, anger, resentment)
7. Notice what connects you to others; not what separates you.
8. Focus on acts of kindness without wanting anything in return.
9. Destroy vanity in all its forms.
(Money, fame, looks)
10. Stop judging others.
Love your neighbor as yourself because they are yourself. 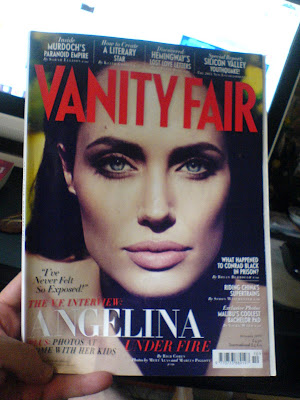 I thought number 9 was oddly funny, because I was reading an article in Vanity Fair about Angelina Jolie. 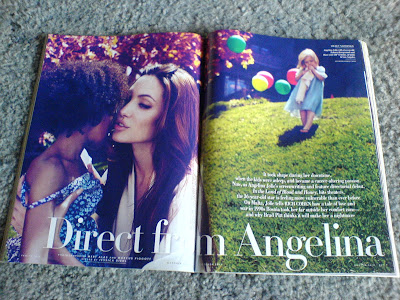 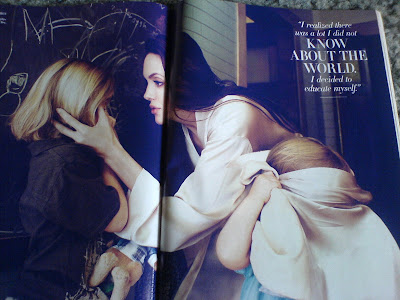 All good points.
Your post bought a smile to my face when I saw -
9. Destroy vanity in all its forms.
(Money, fame, looks)
As I was reading an article about Angelina Jolie in Vanity Fair
(Oct 2011), which is next to me on my desk ... but I'm not going to destroy it.
Sorry;-)
Richard replied with saying -
"That's funny. I got a chance to know Angelina while working on the film Salt.
Contrary to popular media, she's about the least vain person I've met.
A great sense of humor.
The odd thing about the "destroy vanity" quote was one morning I awoke to hear someone speaking to me in Latin;
"vanum populatum."
I don't speak Latin, but it means annihilate vanity.
I thought "I live in LA, where do I start?..."
Part of my reply to that comment was -
"Go with the Flow" has been how I've let life lead me over the past two years and it's a great, although free-falling type experience not knowing where life will lead me.
I let synchronicity guide me and I couldn't help thinking about the parallels between Angie's life and the lady who seems to lead a similar life (apart from being a movie star) in helping children in this synchronicity post here -
Dona Nobis Pacem, Numbers, and Jeri Gerard 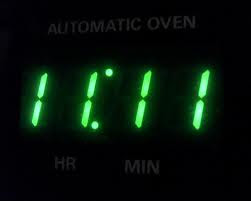 The lady talking about the 11:11 syncs at Synchrosecrets and who I told Richard reminded me of Angie's efforts in helping unfortunate children runs this blog -


goddess of the confluence

I then found a You Tube where Angie had some jewelry line in her name that was being sold to raise money for children in crisis. Which was strange, because Jeri sells jewelry from Nepal.

Oddly enough in the You Tube above the gallery owner's first name is Darren, which happens to be my first name too.
In the side panel to where I found that You Tube I also found the one at the top of this post about Angie's doppelgänger.
Things were getting weird here because Richard's partner,
Luana Anders 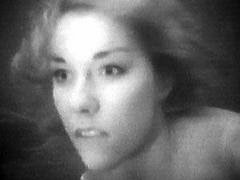 who passed, and who the book Flipside was in a way written about, was also an actress who stared in the movie
Doppelgänger with Drew Barrymore.
I was over at Mike Perry's blog 67 Not Out and caught a link that read -

The Daily Awe » Synchronicity
Your soul’s doppelgängers (kinda sorta): how relationships act as mirrors
I don't usually visit this blog, but the word doppelgänger reeled me over. 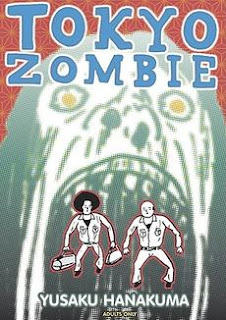 Now, I've done a post previously about how I crossed paths with King Uke in this post -
Tokyo Zombie is Hurting my Brain
and how it was zombies that bought us together.
On the weekend I had the perfect story for him which was about zombies and Brisbane, so I did this post-
Brisbane Zombie Walk 2012
Then at the Secret Sun blog I see this story about how after 5 years Knowlesy is going to close shop at The Secret Sun.
A Five Year Mission...
Where he mentions a Vanity Fair article he gets a mention in -
"As I mentioned before this has been a banner year for The Secret Sun, with more unique visitors than ever before, more members both here and on Facebook, and more attention from the world outside (most recently from James Wolcott, one of my journalistic heroes)."
The article in the VF piece was titled -
"The Undead Don't Like to Leave Anything Undone"

That article refers to a movie Chris wrote about at
THE SECRET SUN
(The movie was called The Norliss Tapes, which I have never heard of before)
starring another Angie ... Angie Dickinson.
And the article also mentions another Darren ... Darren McGavin.

I loved Darren McGavin when I was growing up, because, believe it or not, he was the only other Darren that I had heard of at the time.
Darren wasn't a common name then ... well not where I lived anyway.
Most people would call me Darrel.
McGavin was the star of the TV series The Night Stalker, a show I loved, because I saw myself in Darren's role, since we both shared the same first name.
The Night Stalker is also mentioned the the VF article, which leads me to my next sync. 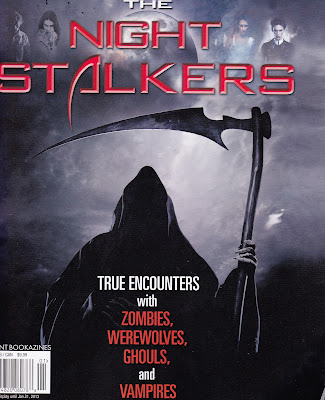 Now if you look at the picture of the Book-zine in this post -
Bookazines
it is titled The Night Stalkers - true encounters with zombies, werewolves, ghouls and vampires.
That post ends with the line
" Going with the flow: isn’t that part of what synchronicity is about?"
Which brings us back to Richard's meditation number 1
1. Go with the Flow. 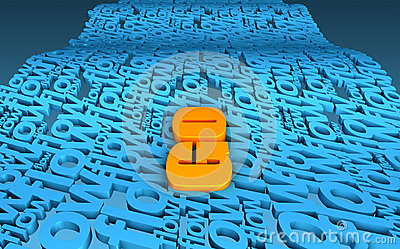