Well, I had a good time, but I don't know if it was such a good Friday for me personally, more like a just OK Friday.
First of all, it took me two and a half hours in traffic like the shot above, for a trip that normally takes me an hour less.
I kind of factored that in anyway, being Good Friday, so I thought I would just sit back and relax by listening to some CDs that I brought along for the drive, but my car CD player refused to read the discs, throwing up "error" messages for 45 mins.
: - (
Then to make matters worse this year Bluesfest go and make new entries into the festival, so I don't realize until I zoom past the entry for the Northern car-park and end up going into the Southern car-park, which puts me about as far away as it's possible to get from the entry gate.
Oh well, at least the weather was good for a hike.
I was starving for a bite to eat for lunch, so I grabbed a $9.50 burger from the new Grill'd wagon.
Then I decided to grab a beer next door.
$8 FOR ONE TIN?!
Then I decided to go and catch two of my old favourites over at the Juke Joint, Hat Fitz and Cara, but the place is packed out.
Doh!
I spotted this drone above, flying over the grounds giving me the creeps, too.
Then I got a half-way decent position in Suzanne Vega's performance, but being only 5 foot, 7 inches tall, when everyone in front seemed about 5 foot, 10 inches tall, made it impossible to see her, so I just sat down near the side of the tent and just listened to her songs.
At least I got to have a bit of a chat with Suzanne after her show, and got my CD signed.
I even saw Grace Potter
(I didn't have a clue who she was at the time)
when I was buying a few other singer's CDs and she was giving hugs to everyone.
I never caught her show, so I still don't know much about her.
I might have to Google her clips on You Tube and find out?
Then I went and saw Joss Stone perform, and while she has an amazing voice nothing she sung really appealed to me.
I took some photos of Joss, but they didn't turn out too good, so I uploaded a clip from You Tube for those who don't know who Joss Stone is.
The best performance of my day's viewing was Buddy Guy.
I saw Buddy last year and loved him, and he didn't let me down again either this year.
At 77 this man puts people younger than half his age to shame. 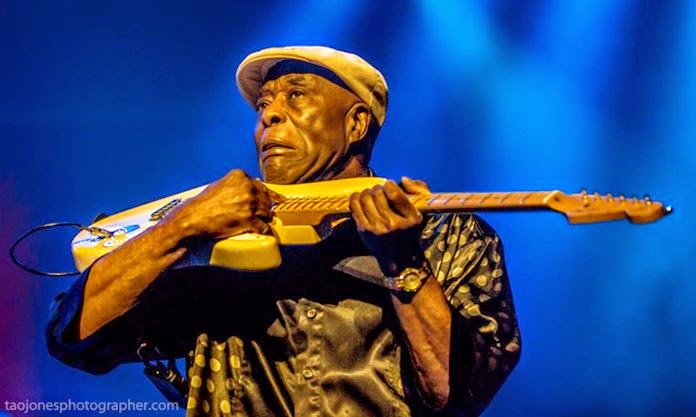 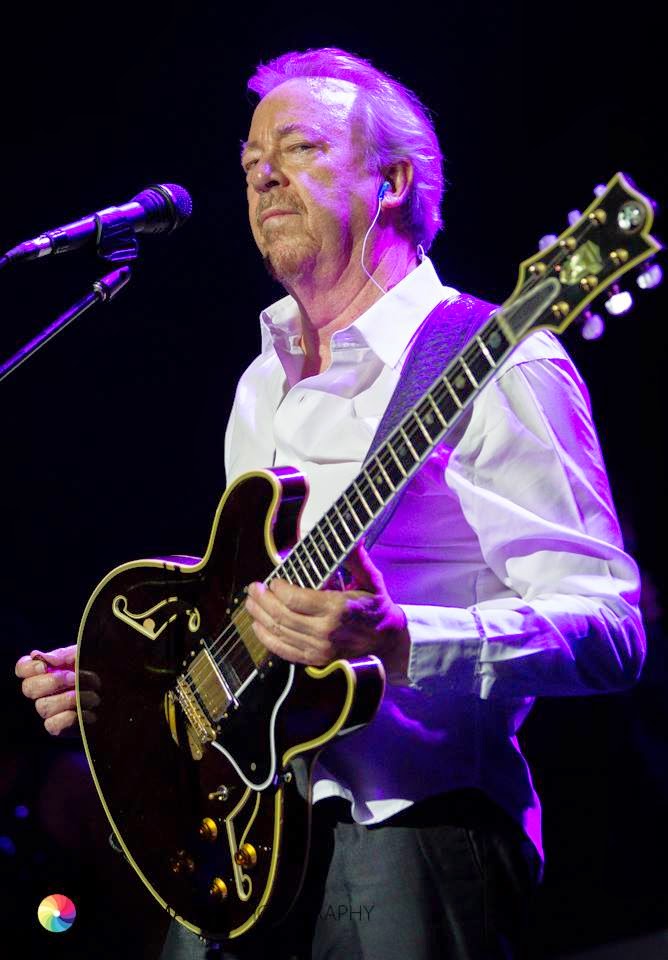 Bos Scaggs was good, but his music never really appealed to me through the years and it still didn't on the night.
He played OK and I know he is 70, but he didn't look well to me for some reason, which kind of worried me and I kept speculating how many shows he had left in him.
Probably more shows than the days I have left in me?-)
Then it was my last show for the day, Jack Johnson.
And while I like Jack Johnson and his music, I think he is right when he says his music is BBQ music.
Good for listening too around a campfire on the beach, or backyard, rather than a big stage.
Then when I decided to leave Jack Johnson's show early and head back to the car-park to avoid the rush out of the car-park and the grid-lock, it took me 25 minutes to find my car.
I thought I would never see my car again at one stage.
I certainly took notice where I parked my car when I returned on Sunday.
All in all, I couldn't say it was the best line up I've ever seen at Bluesfest and to me it turned out just an OK Friday, not good one.
One thing I found rather amusing was I had to walk past the bus stops to get back to my car, because I was parked in the Southern car-park.
I've never walked past the buses before, as I've always parked in the Northern car-park.
The book I was reading that week was called Mullumbimby and the only bus ready to go when I was walking past was the Mullumbimby bus.
I didn't even know that there was a Mullumbimby bus to Bluesfest until then.
This made my day and I just had to stop and take a photo of this personal synchronicity.
Magical mystery tour of Mullumbimby anyone?