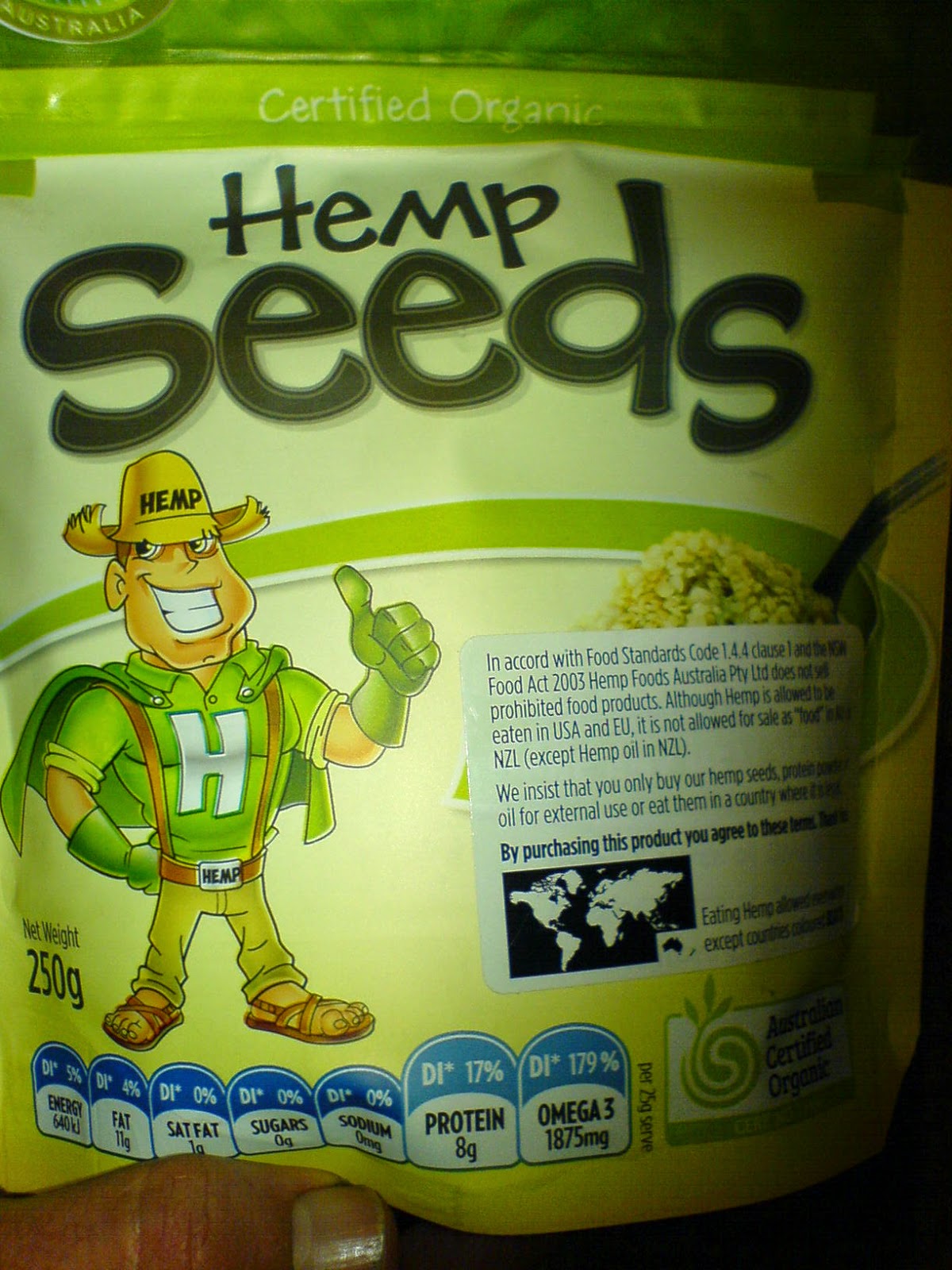 "The politics of pot continue to cloud the debate about hemp seed food in Australia despite the national food standards authority finding the product is safe to eat and a health food.
It is the second green light hemp seed food has received from Food Standards Australia and New Zealand (FSANZ) in a decade but state and Commonwealth food ministers have again baulked at legalising what is already widely consumed elsewhere in the world.
Last month the Council of Australian Governments' National Forum on Food Regulation deferred a decision until at least next January."
Hemp seed food debate: Government urged to back lucrative industry 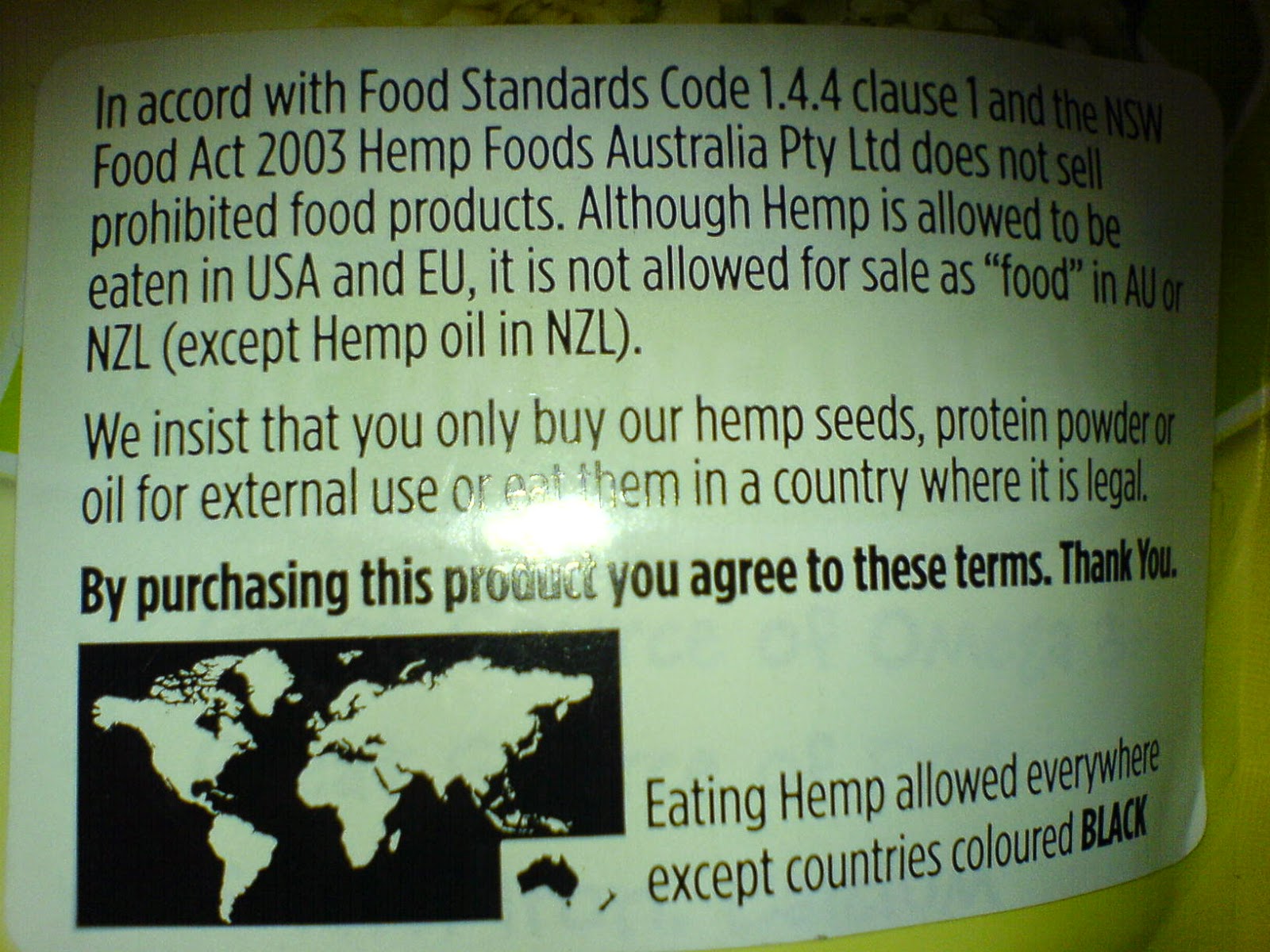 The company I work for actually distribute the pictured hemp foods you see in this post of mine, in fact, these are foods that I regularly consume myself.
The problem is that in Australia it is legal to grow and distribute these food products as long as you don't tell people to consume them. 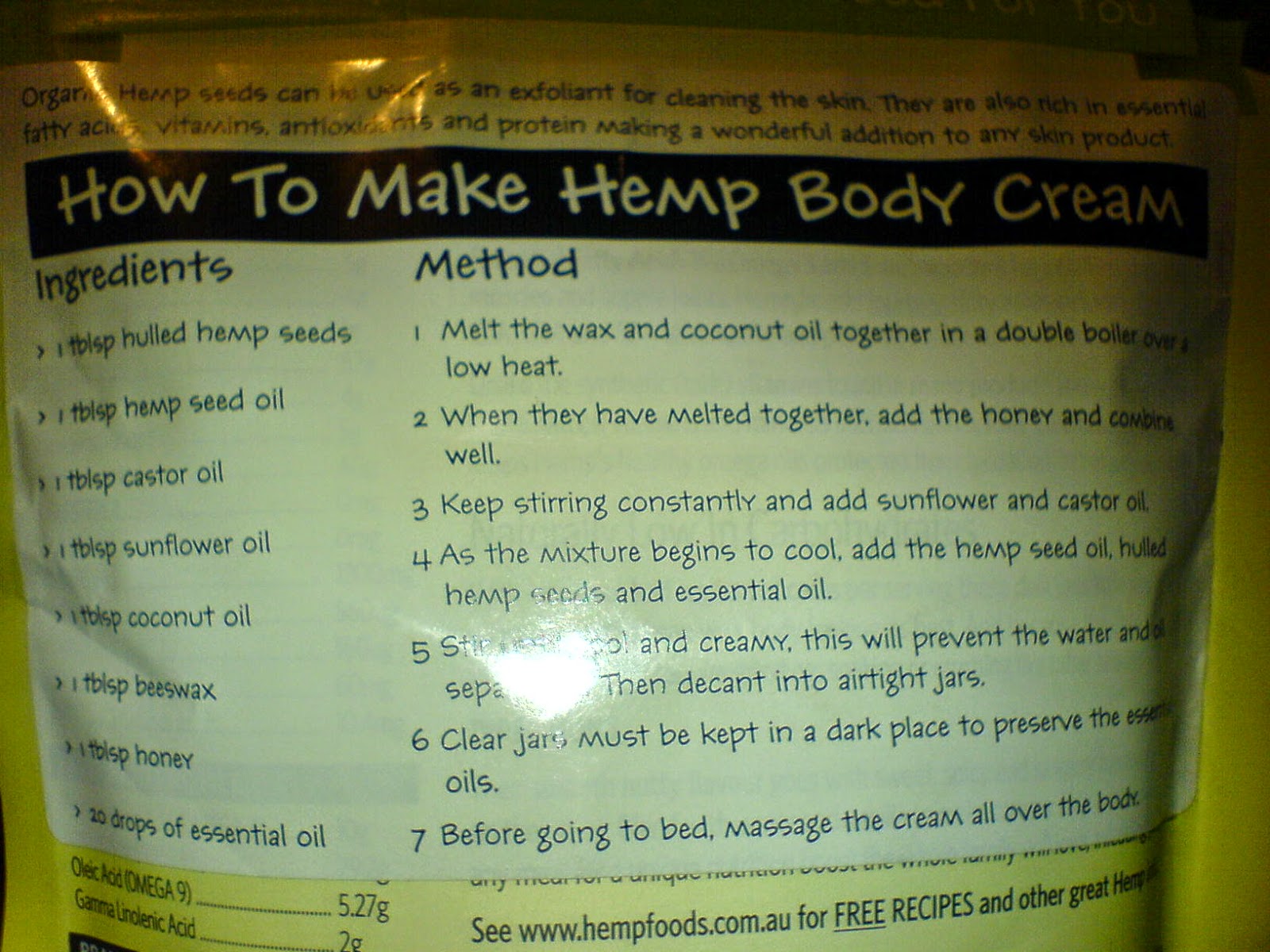 So instead of finding food recipes on the packet, you will find instructions on how to make body cream, or anything else that doesn't involve the contents of the packet sliding down the back of the tongue. 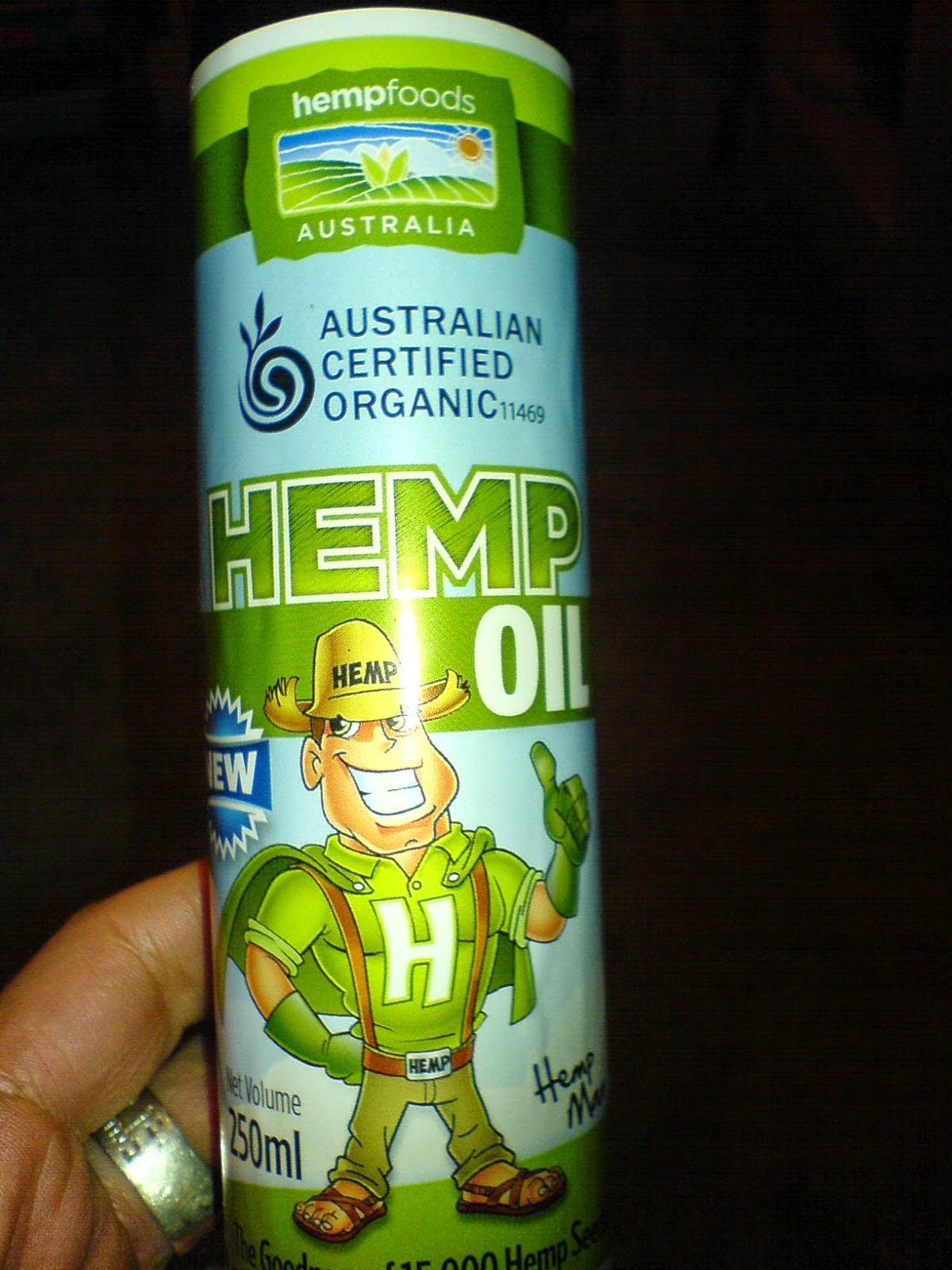 I better not tell you how good this oil tastes on pasta then...let's just pretend it's good for rubbing on joints...not those joints either...I'm referring to those aching knees and elbow joints from getting down on them and pleading to stupid politicians who are still living in the times of Randolf Hurst and his timber /newspaper empire he feared hemp would destroy. 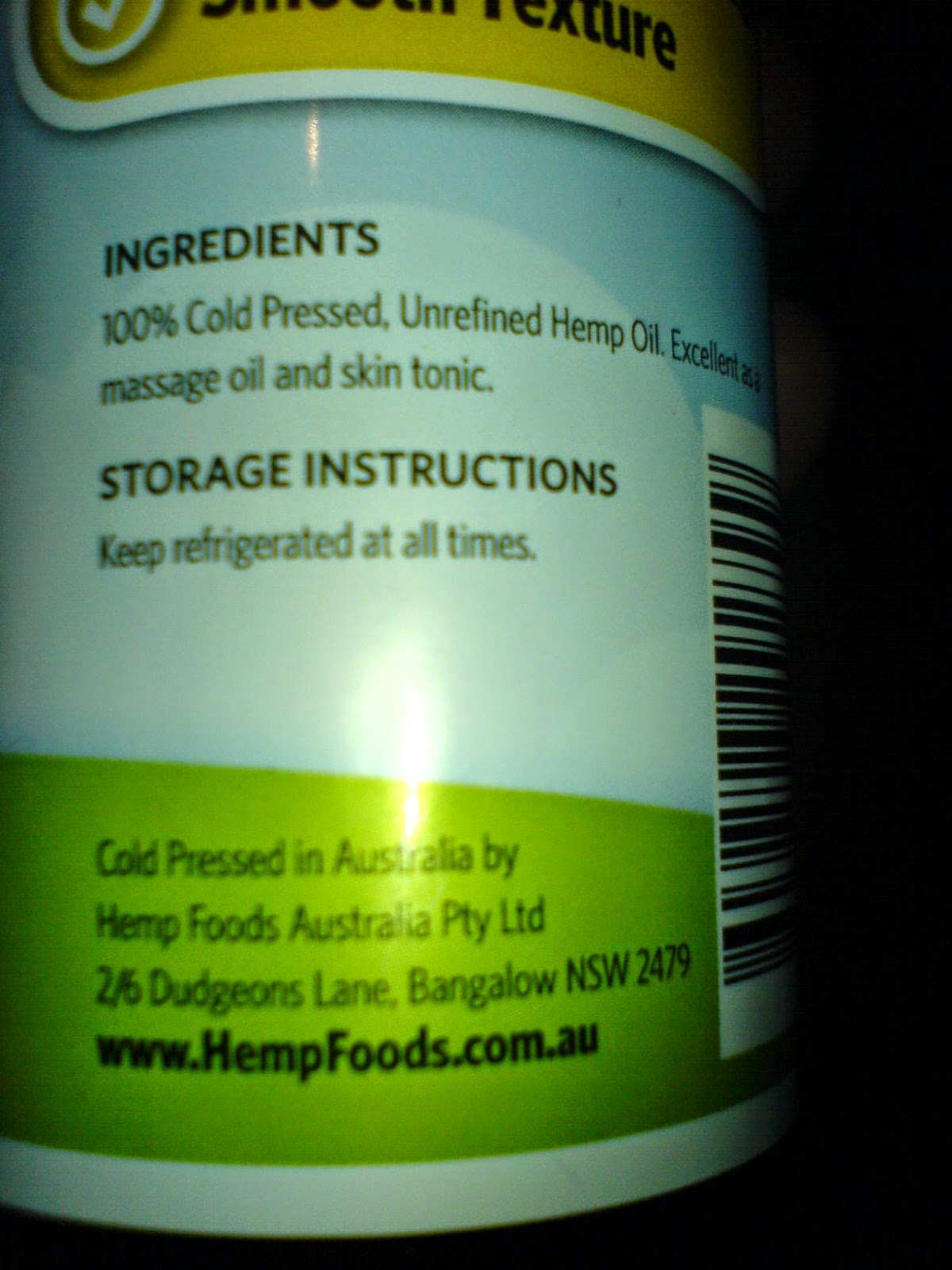 And look at the name of the town these hemp products are made in...Bangalow.
Now, where have I heard that name before on this blog? 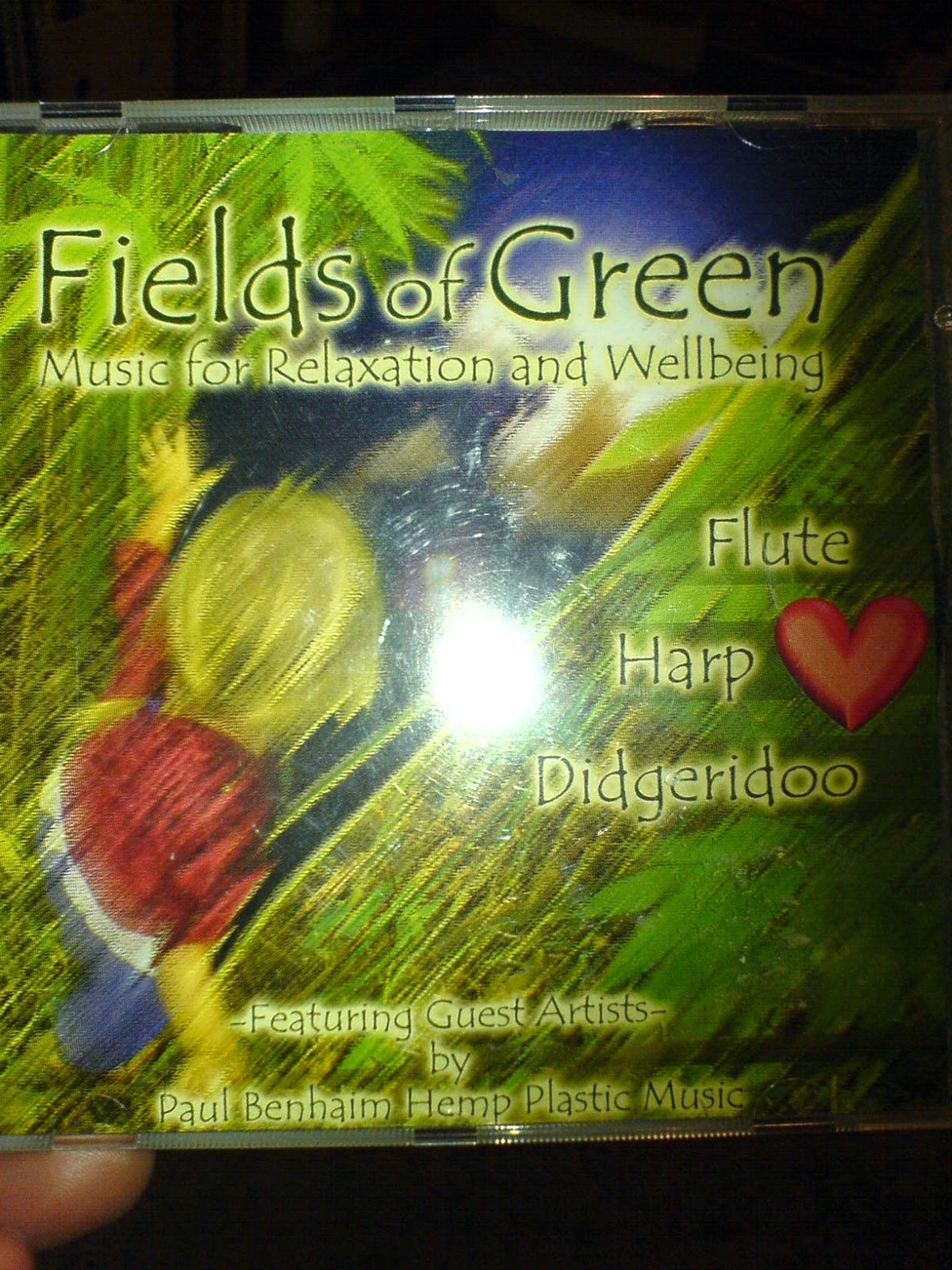 Funny thing too is that a few years ago I bought the first CD made with a hemp plastic CD tray to be made anywhere in the world and the guy that made it was Paul Benhaim, the same guy who now runs the hemp food company from Bangalow that sells hemp products to my company to distribute to retail shops around Australia.
Does that make me a pusher I wonder?-) 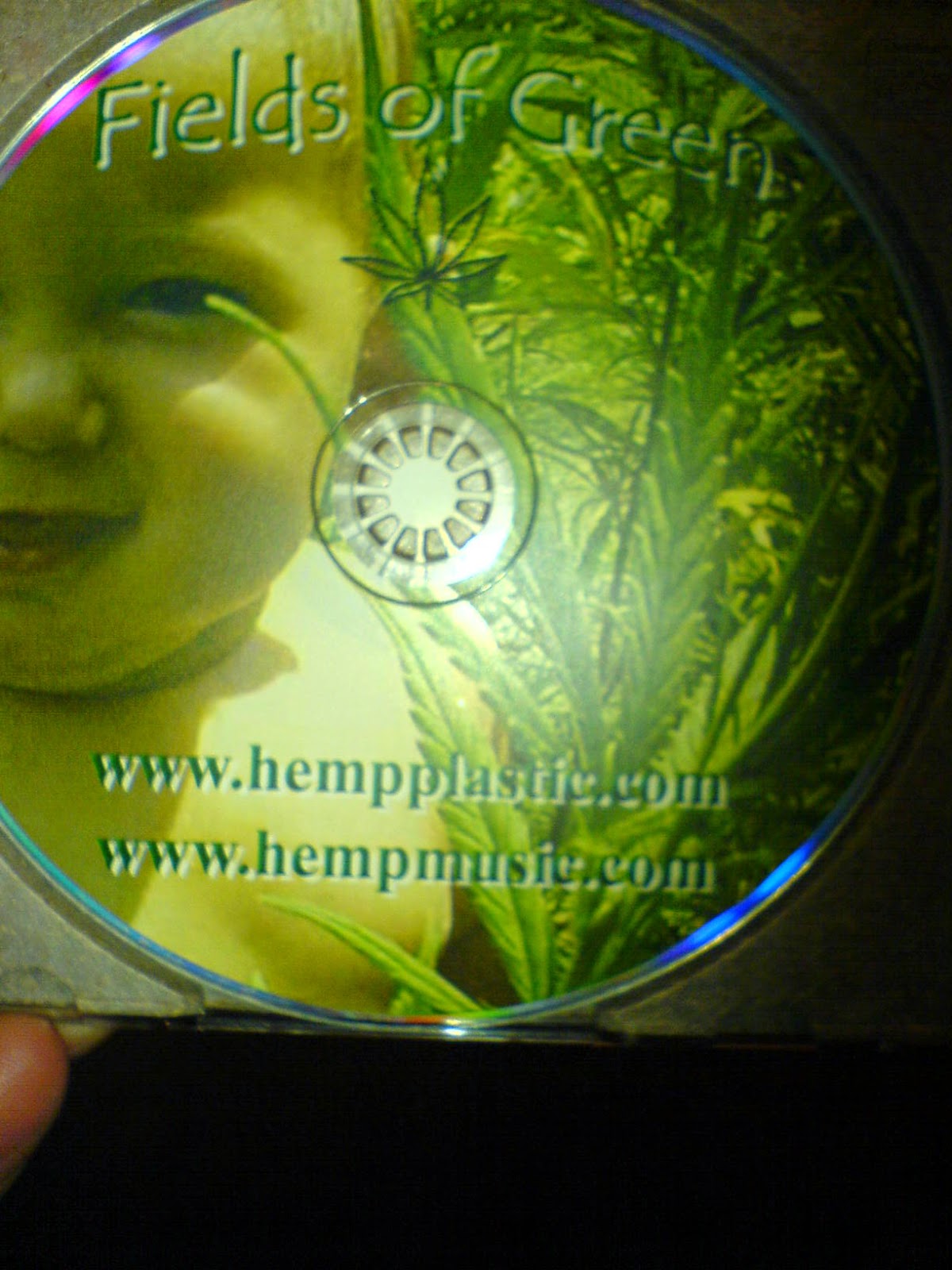 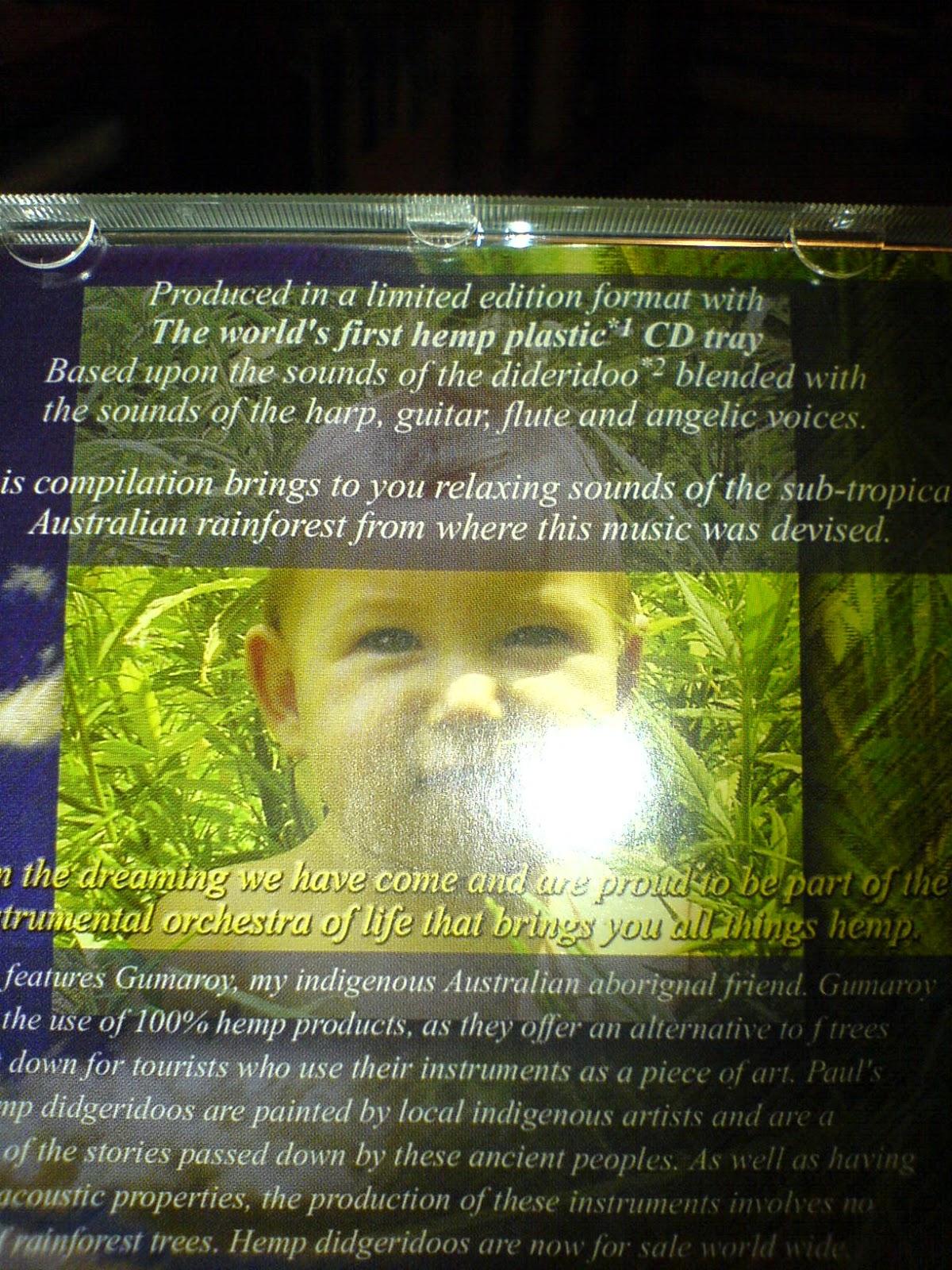 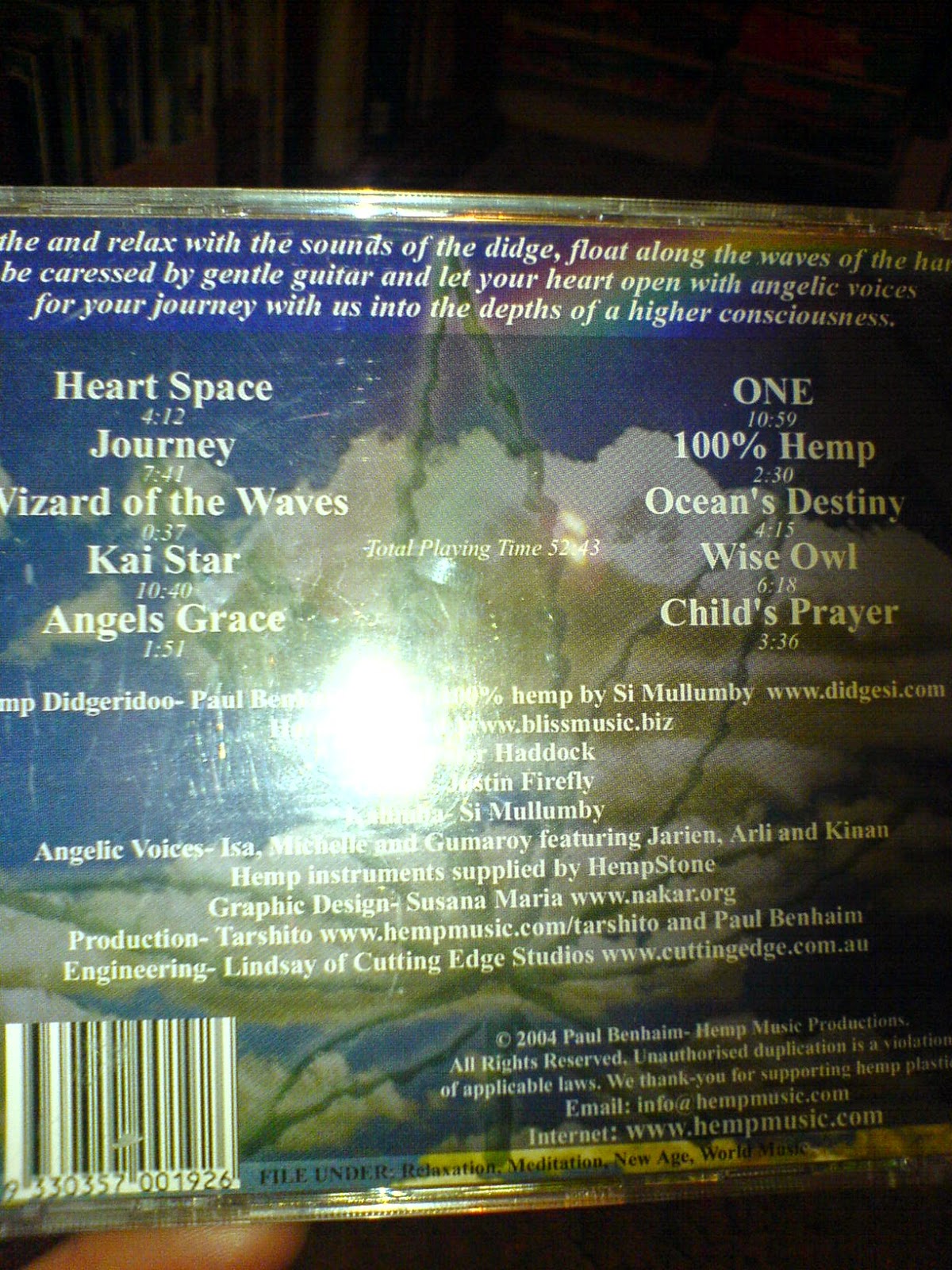 I'd like to stay and discuss this issue a bit more,
but I've got the munchies now, so I'm off the eat some hemp seeds and rub those sore joints of mine with the good oil.
ABC LANDLINE PROGRAM Paul Benhaim of Hemp Foods Australia talks about Australian Hemp
Nimbin MardiGrass 2012 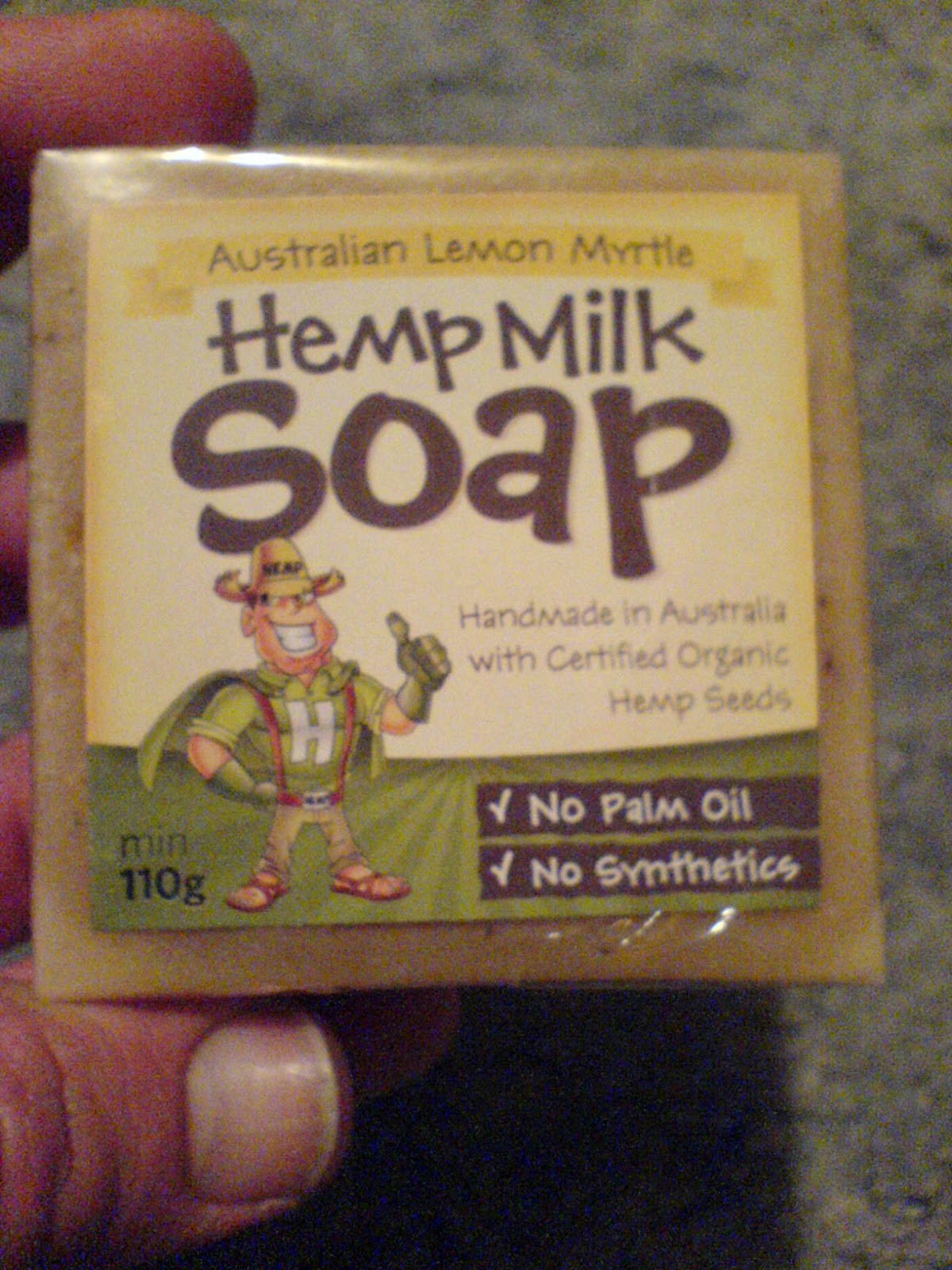 I bought some hemp milk soap from work and while there is a lot of tongue-in-cheek about these products not being for consumption, with the soap I'm afraid they're not joking around on this one...hic!-)
Stay Myrtle?
Posted by Brizdaz (Darren) at 8/06/2014 11:07:00 PM