Happy Birthday Pete Townshend ... Did Some Reader Out There Just Ask WHO?-) 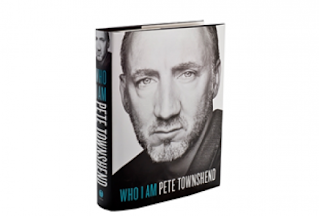 Happy Birthday Pete Townshend (May 19th).
I'm reading Pete's (auto?)biography that I picked up in Cooma for $4 on a bargain/sale table on my recent road-trip, because reading about the influences of his generation on his songwriting and pop culture helps me understand the influences his songwriting had on me and my generation and our pop culture and the generations still following and helps me understand a little better just WHO(?) I am as well.
I thought it was funny how in the book Pete says he once owned a hearse when he lived in a posh part of London and one day it was gone and he rang the police to report it stolen only to find out it had been towed away because the Queen Mother had complained that she had to pass it everyday and that it reminded her of
her late husband's funeral.
Pete sarcastically dedicated 'My Generation' to the Queen Mother and The Who performed it on 'Top of the Pops' on November 11th of all days ... a day of the year where current generations remember fallen generations of soldiers who had given their lives in battle for the generations to come. 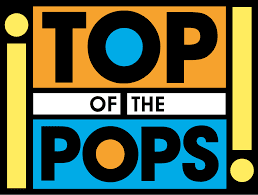 Great book and it's funny that I had just seen the 40th anniversary screening this year at the New Farm cinemas in my hometown of the movie 'Tommy', based on the rock opera that Pete and The Who wrote and performed. 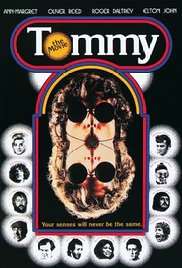 The New Farm cinemas was where I saw '2001: A Space Odyssey' for the first time when I was very young when my grandmother took me at my request, so the cinema holds a special place in my memories.
The cinema even had a pinball wizard tournament on the day of the 'Tommy' screening, but I got there too late to show the guy in the photo above WHO the real pinball wizard was among the cinema patrons;-)
I had recently watched my DVD copy of 'Tommy' just before I had set off on my road-trip thinking it would be great to know more about Pete Townshend's life after watching his interview in the extras on the DVD, and then I stumbled across Pete's book the day after Prince had passed away.
On page 77 I laughed when I read Pete had written, "...but the next morning I said good-bye to Barney and moved into the exquisitely tidy bedroom - adjacent through glass doors to Kit's - in a high-ceiling first floor flat in a Georgian building in what is still the poshest street in London.
I taped up some nifty Pop Art images cut from magazines, set up a record player and lived like a prince."
Sometimes It Snows In April

.
On page 113 Pete writes,"I couldn't see how to write about LSD, purple skies and free love.
Despite my admiration of extemporized jazz I had no idea how to bring it into The Who's music.
I couldn't see how The Who would ever become a band admired for their musicianship and ideology as well as their clothes, ideas, gimmicks, Pop Art transferences and aggression."
Purple skies?! 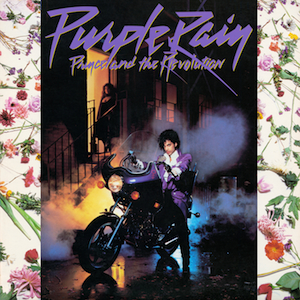 Oddly enough, I've written about meeting a guy at Bluesfest who Prince flew over to his mansion because he reminded Prince of himself when he was starting out in the music business.
Sometimes It Snows In April 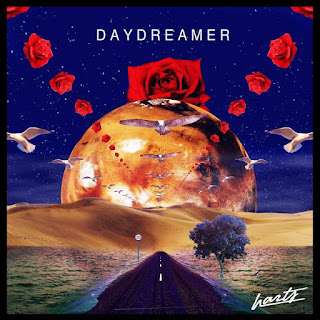 Harts is described as being a cross between Jimi Hendrix and Prince.
Pete writes quite a bit in his book about Hendrix and their paths crossing and influencing each other's music and performances and sometimes nearly coming to blows.
Townshend refers to Jimi Hendrix constantly in his book as a musical shaman and writes of tripping out while watching a Hendrix performance in a London bar while being stone cold sober.
But on the subject of trippy things, I wrote about a purple pill in my post
Purple Reign?
not because I thought there was such a thing as a purple pill, but just because the famous colours of the pills in the matrix mixed together would make purple.
Then I read this passage in Townshend's book about a purple pill he once took, "Keith and John produced large purple pills we'd all been given by Owsley Stanley, the first underground chemist to mass-produce LSD, and Keith popped one.
These pills, known as "Purple Owsleys'" , had been widely used at the festival.
As the plane took off, Karen and I split half a pill.
John wisely demurred.
Within half an hour my life had been turned upside down.
The Owsley LSD trip on the aeroplane was the most disturbing experience I had ever had....
I was on the verge of really losing my mind when I floated up to the ceiling, staying inside the airframe, and watched as everything changed in scale.
Karen and Pete sat below me, clutching onto each other; she was slapping his face gently, figuring he had fallen asleep.
From my vantage point the LSD trip was over.
Everything was quiet and peaceful.
I could see clearly now, my eyes focused, my senses realigned, yet
I was completely disembodied.
I looked down at Kieth picking his teeth, characteristically preoccupied, and at John reading a magazine.
As I took this in I heard a female voice gently saying,"You have to go back. You can not stay here".
But I'm terrified. If I go back, I feel as if I'll die.
"You won't die. You can not stay here".
As I drifted back down towards my body, I began to feel the effects of the LSD kicking back in.
The worst seemed to be over: as I settled in the experience, though extreme, felt like me old trips of old: everything saturated by wonderful colour and sound."
I've never taken anything like LSD in my life, but where have I heard something like that before?-)
Orbs, Plasmas and Dreamtime?
The strange thing about Pete was he liked to smash his guitar up as some kind of performance art, which I never got ... and still don't get, and on the inside cover of his book are a series of pictures of him smashing his guitar up.
The day after buying Pete's book I was in Tamworth at the big Golden Guitar shop and bought the book,
'Stars, Hurrahs and Golden Guitars'.
Hurrahs mean goodbyes and in that same store I bought a purple cup with 3-D planets and stars on it.
Pop Culture and Synchronicity on the Road 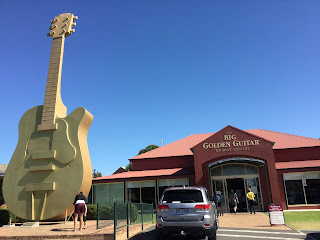 I was laughing to myself on the Saturday and Sunday I was in Tamworth thinking if the people of Tamworth saw Pete Townshend drive into town the security at the Golden Guitar Centre would go into meltdown to keep him away from that giant guitar in the car-park;-)
I laughed also when I read in 'Who I Am' about
Pete asking Jimi Hendrix if he could have a piece of
his broken guitar as a souvenir to take home after a show they had both played at in The States together and Hendrix said to Townshend sarcastically,
"I guess you'd like me to autograph it, as well?" 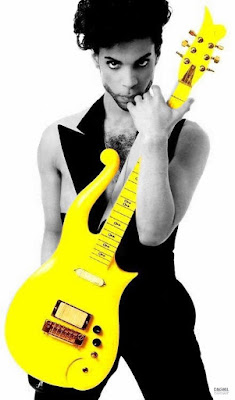 And now I see in the news that Prince's yellow (golden?) guitar is going up for auction.
Prince’s ‘yellow cloud’ guitar to go up for auction next month

"A bright yellow, uniquely shaped guitar used by Prince to perform such tunes as Cream and Gett Off is going up for auction.
Heritage Auctions is selling one of the late artist’s “yellow cloud” electric guitars from June 24 with an opening bid of $US30,000 ($41,285.35).
The guitar was one of several custom guitars the pop star used in the 1980s and 1990s."
I was thinking, now there would be a test for Pete Townshend's "performance art" if he were to outbid and win the guitar at the auction and then smash it up and try to explain that act to
Prince fans.
I'm sure the Prince fans would be asking Pete just WHO the f#ck he thinks he is"?-)
Happy Birthday Pete ... WHOever the f#ck you are?-)
Posted by Brizdaz (Darren) at 5/19/2016 08:58:00 AM