While on the return leg of my road-trip to Tasmania and back I picked up Nick Cave's book, 'The Sick Bag Song', which was a book I never knew existed until I saw it on the bookshelf of Collins books in Armidale. 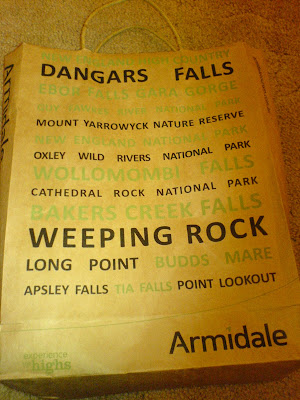 "The Sick Bag Song chronicles Nick Cave's 2014 tour of North America with The Bad Seeds. The account of this 22-city journey began life scribbled on airline sick bags and grew into a restless full-length epic, seeking out the roots of inspiration, love and meaning." 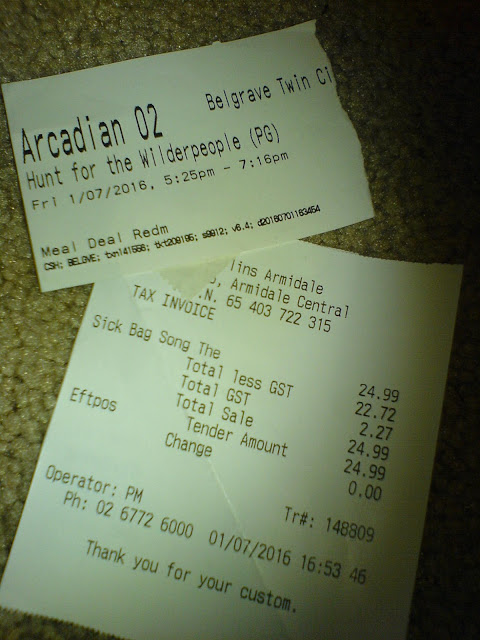 I had bought a ticket to see a movie at the Belgrave Twin cinema and had an hour to kill, so I went for a walk around town and came across the Collins bookstore and decided to check out their book range and found Nick Cave's book on the shelf.
To be honest if it wasn't for the title of Nick's book I probably never would have bought his book, it was only because I still had three sick bags from the ship I had traveled across and back to Tasmania in my luggage and saw this as a sign to buy Nick's book.
While on the ship I thought I might possibly have to use one, or two...or three of the sick bags, but my fears weren't justified because I didn't even come close to being sick on the ship.
I Sat by the Ocean
But, it was a passage I flicked to at the start of the book were Nick recalls being stuck for two hours in traffic, while helicopters flew overhead that sold me on buying this book, as I was held up for two hours in a road accident that had a helicopter flying overhead while I was trying to get out of Nick's former home city Melbourne while on my way to the town of Eden. 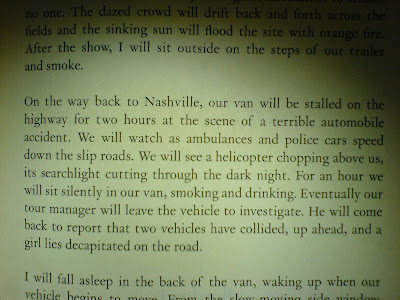 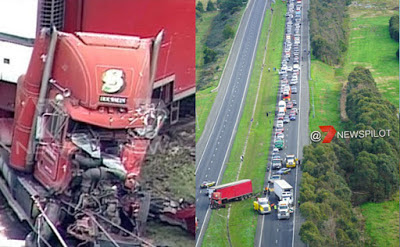 He even writes about the blue tarpaulin the police used to cover up a fatality as they drove past later, and I had to drive past a blue tarpaulin in a crash I was lucky not to have been killed in further up the road when I nearly got slammed up the back of a stationary bus by a four wheel drive.
I didn't know it until now, when I looked Nick up on Wikipedia, but Nick was 19 when his father was killed in a car accident.
I did know though that Nick's teenage son died falling off a cliff while on LSD last year, because I had written this post last year when I knew Nick was writing the script for the new Crow movie re-boot -
Crow Re-make? Will It Be Cursed Too? 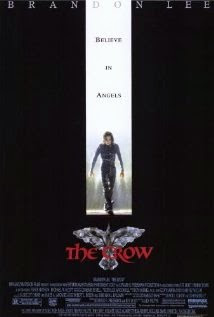 But the thing that really struck me after finishing 'The Sick Bag Song' was the book's main theme is about a young boy who has to leap off a railway bridge where the fall may kill him, or be run over by the train coming.
Nick describes it later as leaping off the world's edge. 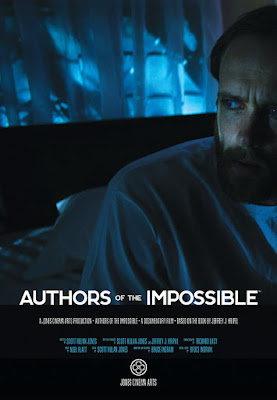 I had also been reading Jeff Kripal's book 'Authors of the Impossible', which is about authors who have written about events that seem to come true in their own lives in the near future as if the authors had foreseen the event in their subconscious somehow and put it into their writing for it to unfold soon after.
I have to say 'The Sick Bag Song' was a rather eerie read knowing what happened to Nick's teenage son the same year the book was released.
Not only that, but a guy leaped off the same car ferry I had sailed back from Tasmania on the next night as it was sailing back to Tassie, and he spent an hour in the freezing water before going under the ship and disappearing and still hasn't been found as of this day.
I couldn't help thinking of the Chris de Burgh song,
'Don't Pay the Ferryman' , where Chris sings about not paying the ferryman until he gets you to the other side.
Nick also refers to another Ferry man and Nick's unborn twins in his chapter 'Denver, Colorado', which he reads in the You Tube below.
I can't imagine (and don't want to) the pain of losing a son, even though I believe in life after death.
I feel very sorry for Nick and his family and can well understand how he feels trapped in a living hell, which is how the original author of 'The Crow' came to write the graphic novel in the first place, as a way of expressing his anger at a drunk driver killing his girlfriend in a motor accident.
Director of Nick Cave film reveals the musician was ‘trapped’ after son’s tragic death 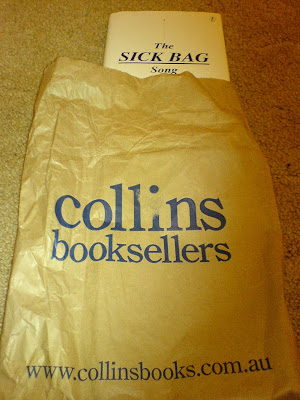 Life can be sickening at times and that ride can be a long one and this is one read that will haunt me the rest of my life, just like the events I saw and read about on my road-trip and boat ride over the cold black ocean that a man would lose his life in.
Going With the Flow in Devonport on My Last Day in Tasmania