I remembered back, while watching the movie I Love You Too, to the first time I ever thought about the weird almost fateful coincidences life can throw up at you as you move through this world.
How It Feels??? Synchronistic That's How! (Part 2)
I had just started grade one and a boy who I hadn't met before introduced himself as Jules Knight and informed me that his dad knew my dad (as they were both cab drivers) and that we were both born on the same day September 23rd, 1964.
He was quite excited about this quirk of fate and declared this made us like brothers.
I didn't quite share the same enthusiasm he had and thought something like "I already have a brain damaged brother, why would I want another one?-)"
But we were friends for a while, although never real close friends, classmates would be a more accurate term I suppose, until in Time's slowly moving river we drifted away from each other's company without ever really noticing, until the years had floated by us and neither of us really noticed the other had drifted off into other life directions.
Watching that movie brought back memories of the first real synchronicity/coincidence in my life and the boy named
Jules Knight who shared the same birth-date, and had a cab driving father like mine.
In the movie the character named BLAKE wears a yellow (cab?) hoodie with 64 (1964?) on the front of it and has a father who drives cabs.
So, after watching the movie I got curious and wondered if I would be able to track down my old classmate through Google.
I entered 'Jules Knight + September 23', and while I never did find my old classmate, I did get this uncanny synchro;
Blake (band)
A boy band type group of classical trained musicians going by the name of "Blake" with a singer in the group named Jules Knight, who happened to be born on September 22nd (1981 though)!?!
http://www.blakeofficial.com/biography/jules-knight/
The interesting thing is that I have not heard of these guys before, even though apparently Jules is the best friend of the future King of England and his new bride.
Does that mean he is ... or is going to become a real knight?-)
I love their musical tastes and have just ordered four of  Blake's CDs from UK Amazon.
They sing some of my favourite songs of all time and bring back some really great memories as well as goosebumps from the emotion of those memories.
Songs such as -
* "Moon River"
* "God Only Knows"
* "Hallelujah"
* "And So It Goes"
* "Chasing Cars"
* "Up Where We Belong"
* "Steal Away"
* "Bridge over Troubled Water"
* "Ave Maria"
* "Nessun Dorma (Turandot) (None shall sleep)
* "Titans"
* "When a Child Is Born"
Just to name a few.
I might not have been able to track down the Jules Knight I was after, but through synchronicity I found another Jules Knight worth listening to, too. 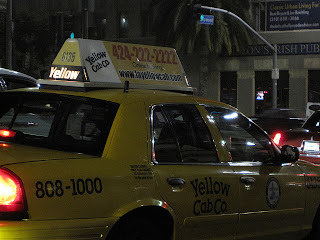 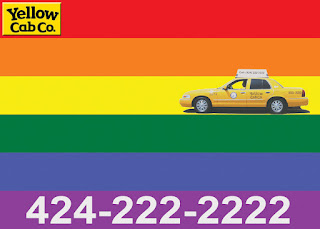 And since my dad's yellow cab number was 424 and I see 222 quite often and today is the 22nd and there is a 22 million dollar jackpot in the lotto draw tonight.
https://tatts.com/goldencasket/results/latest-results/all-products
I thought I had better buy a ticket.
UPDATE:
Just in case anyone was wondering about the lotto purchase.
It was a dud, not even a minor prize:-(
But if you don't take a shot at goal, you'll never score.
Oh well, I might not have been able to retire with a big lotto win, but at least I'll have some great music to listen to out of this sync.