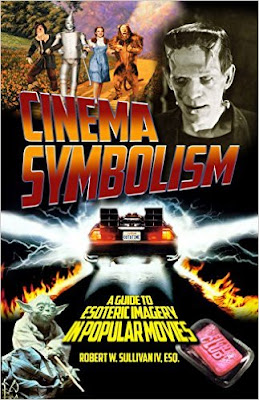 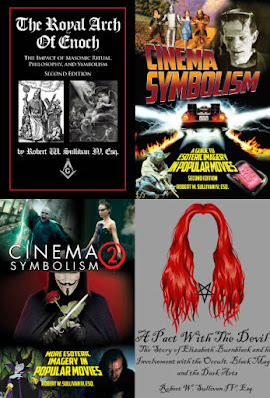 The Royal Arch of Enoch (2012) was his first published work and was the result of twenty years of research.

In 2014 Sullivan published his second book, Cinema Symbolism: A Guide to Esoteric Imagery in Popular Movies.
Mr. Sullivan received his B.A. from Gettysburg College in 1995, having spent his entire junior year studying European history at St. Catherine s College, Oxford University.
He received his J.D. from Widener University (Delaware Campus) in 2000.
He studied International Law and Jurisprudence at Trinity College, Oxford University.
Mr. Sullivan is a Freemason, having joined Amicable-St. John's Lodge #25, Baltimore Maryland in 1997; he became a 32nd degree Scottish Rite Mason in 1999, Valley of Baltimore, Orient of Maryland.
Mr Sullivan has been on numerous radio and TV shows including Coast to Coast AM, John B. Wells'Caravan to Midnight, Sean Stone's Buzzsaw, Whitely Strieber's Dreamland, The Higherside Chats, Gnostic Warrior, Fade to Black, Red Ice Creations, Miguel Conner's Aeon Byte Gnostic Radio, Truth Frequency, Veritas Radio, and Shirley MacLaine's I.E. Radio among many others.
In January 2014 he was Graham Hancock's Author of the Month.
A lifelong Marylander, he resides in Baltimore.
Cinema Symbolism: A Guide to Esoteric Imagery in Popular Movies is about occult, numerological, astrological, mythological, alchemical, Tarot, and kabbalistic iconography and symbolism contained within popular movies.
Films analyzed include The Exorcist, The Back to the Future Trilogy, Star Wars (Episodes I-VI), The Lord of the Rings, The Wizard of Oz, Black Swan, 9 ½ Weeks, The Fifth Element, Monty Python and the Holy Grail, the James Bond movies, and The Matrix among many others.
Whilst I agree that there are a lot of deliberate symbolism placed in a lot of movies, I still think too much credit is given to directors, actors and scriptwriters in Hollywood for what I see in a lot of cases is just synchromystism.
No man/women can lay out life and its story like the
"Collective Unconscious"/Great Architect/God ... or whatever you want to term the great unknown source behind it all.
Still, it's interesting to see what certain movie makers are trying to convey on a subliminal symbolic level, if any.
It's all food for thought though.
Posted by Brizdaz (Darren) at 3/27/2017 10:38:00 AM