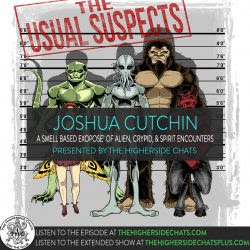 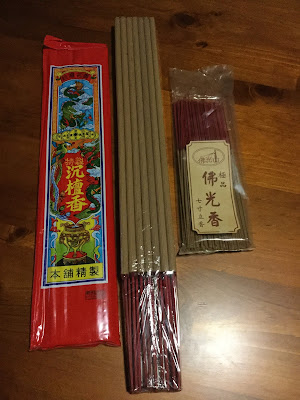 I just listened to the above podcast which was about paranormal smells and I found it interesting and personally synchronistic after my trip to a Taoist temple yesterday and my encounters with incense and "dragons", which I wrote about in my last post linked here -
Something Strange Happened to Me on THE WAY out of a Taoist Temple 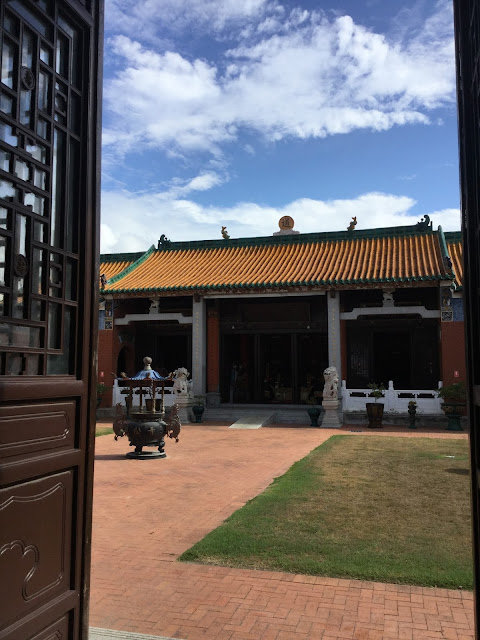 And oddly enough these guys started talking about paranormal "dragon" encounters at around the 36 minute mark.
I don't particularly have a good sense of smell, if there was something like eye glasses for the nose, mine would have to be Coke bottle thick.
I can smell strong smells OK, but not subtle ones like those wine critics are always telling you are there in the wine they are drinking.
Unfortunately, if the same wine critic dropped a fart near me I would have no problem smelling that. 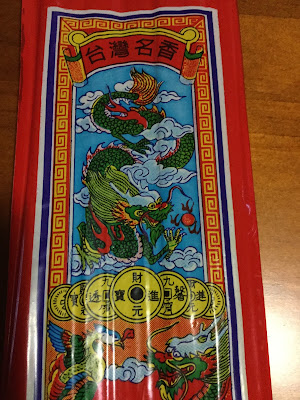 Whilst I wouldn't call a perceived flying dragon shape in a cloud just after I asked the heavens for a flying dragon shape in the clouds a paranormal experience, I had an encounter with what to me was a ghostly type spirit in one of the most haunted locations in Australia after my camera jammed just as I was about to capture one of the best crow photos I was probably ever going to take.
Hit Me with Your Best Shot
As I was walking up this road to the church I could hear a crow call and then one flew out from the bush on the left-hand side and landed on the middle point of the nearest wall.
I couldn't believe this crow would land in a perfect spot on the church for me to grab a great shot, so I snapped a shot off and then tried to get closer hoping the crow wouldn't fly off until I got a better shot.
But, the crow stayed there like it was happy for me to take it's shot and I lined it up in my iPod screen and was so happy that this was going to be the shot of the whole trip, because it looked so Gothic and eerie.
But when I hit the button on the iPod nothing would happen, so I hit it again and again and again, but nothing happened.
I pleaded to the crow not to fly off while I tried to get this shot taken, but the camera wouldn't go and my temper was going through the roof, as I knew I was not going to get the shot that I so much wanted.
The crow sat patiently for what seemed like a long time, but my f#cking iPod would not work.
Then the crow finally flew off and I cursed the missed photo opportunity hoping maybe the crow would loop around and come back to the middle point, but after five minutes I gave up, because the park was closing soon and I had to go up and check in for the ghost tour, ironically enough.
The next shot I attempted to take worked fine first go, which pissed me off even more now.
And I felt like whatever it was that stopped my iPod from working was in this area of the tower having a great old laugh at my anger of not getting that shot, because I had counted my chickens too early thinking what a great shot I had before pressing the button and making sure I had the shot.
I took over 1, 300 shots on my road-trip and this was the only time the iPod wouldn't work for me.
But what was worse was when reviewing this shot above to see if the iPod had captured the shot alright I realized that I had cut the top off the distant shot of the crow on the high point of the tower and he couldn't be seen, so I had no shot of the crow at all, to my disappointment.
You could probably have fried an egg on my head at this point.
Then as I'm walking across the bridge back towards the entrance to the Port Arthur historical site I smell church incense wafting through the air, which takes me back to those lovely memories of sitting in church on Sundays and smelling that wonderful smell.
But then I thought to myself where is it coming from then?
The Conjuring, Too?
That night on the ghost tour the guide told us that a woman's spirit has been seen standing in the lit up area of of the tower I took a shot of, but that there is no floor for her to stand on anymore.
I took the guide aside as we walked on and told him of my crow story and he said that people often report their cameras not working in that church.
I then asked him if incense was burnt around that area and he looked puzzled and said no.
So I found the smells surrounding paranormal events and "phantom smells" quite fascinating while listening to the
Higherside Chats pod-cast. 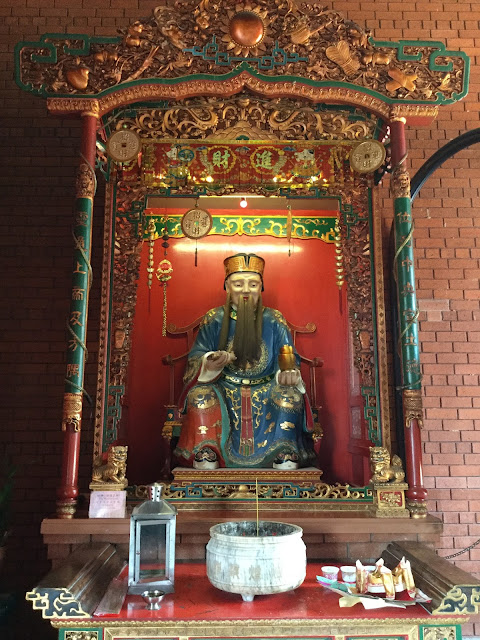 I was thinking that as far as smells go I'm a bit handicapped when it comes to the olfactory sense, just like someone who is colourblind would be when trying to see the reds and greens of a Taoist temple.
I guess it's hard to make sense of this same world we share when we all sense this world differently with different types of similar senses, if that makes any sense?-) 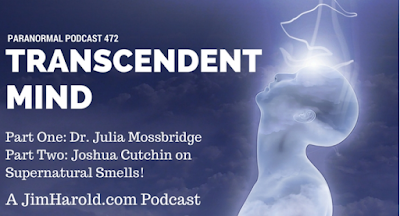 Transcendent Mind and Supernatural Smells – Paranormal Podcast 472
"Dr. Julia Mossbridge joins us to talk about exciting new vistas in the science of consciousness.
In part two of The Paranormal Podcast, Joshua Cutchin talks to us about supernatural smells."
Posted by Brizdaz (Darren) at 3/05/2017 03:26:00 PM