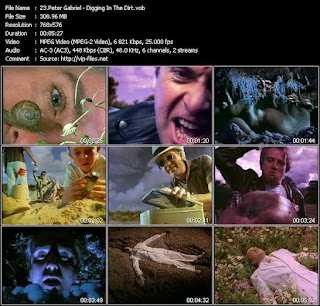 I had a black and white cat named Sylvester, who was killed on the road outside my house about fifteen years ago.
He always liked to sleep on the road, so it wasn’t that much of a surprise that he would meet his fate that way.
Here’s the strange part of the story though.
The lady who hit him was rather distraught and had placed his body on the footpath, as we were out grocery shopping that evening we weren’t home and since it was rather late when we came home, I decided to put his body in a box and bury him the next day.
Next morning I got my shovel out and began to dig in my back yard, but the ground was so solid that I couldn’t dig anymore than about 6 inches before hitting rock, so I gathered up his body, put it in my car and headed for the forest a few miles from where I lived at the time.
I was digging a pretty deep hole so wild animals wouldn’t dig him up and had the local radio station playing in my car, so I would have some music going while I dug the hole.
When I completed the hole I placed him in the bottom of the hole and he looked like he was just sleeping, as the car had only run over his head, but not split it open, so it wasn’t a mess like a normal roadkill.
Then I said “good-bye old buddy, you dumb cat” or something like that and started shoveling the dirt back over him.
The radio started playing Peter Gabriel’s “Digging in the Dirt” and I was beside myself thinking of all the songs that could possibly come on the radio how appropriate was that one.
Whenever I hear that song I always think back to that day of digging in the dirt and saying farewell to my little pal.
I told this story here;
Sylvester, Darren, and Peter Gabriel
a while ago, and then this morning I read this post about Gabriel;
Archangels: Gabriel
at the Dedroidify Blog, partly quoted again here;"According to William G Gray's book Inner Traditions of Magic we need to know some symbolic knowledge of the four Archangels if we want to play with some Ritual Magick, so I'm helping out a bit by sharing some of Gray's information and some random extra tidbits.
Fertility figure.
Lord of resurrection who triumphs over death by the potency of love.
He personifies compassion and feeling, tenderness and strength combined.
Typifies our great need of loving and being loved, desire of conviviality, our deepest necessity for true spiritaul sustenance, without which we might as well not live at all.
Concern is with the kinder side of humanity.
Represented as mature being connected with our more peaceful pursuits, consolidation of gains, enjoyment of existence.
He directs our attention to the moral as distinct from the intellectual side of the mysteries.
Presides of the companionship that should prevail in every circle.
Pervasive angel, cooling hot-headedness, soothing irritations, generally dissolving most difficulties capable of solution by such means.
Tears of Gabriel wash away the sorrows of our world, because they are tears of sympathetic and understanding love.
Provides confidence to face death in no particularly brave or heroic manner, but quietly and normally as part of our Eternal Existence.
Gabriel convinces us that love is immortal, and as products of it, so are we.
However many times our flesh bodies die and are dissolved in the ocean of life, our souls will be safe in Gabriel's keeping while they continue along the unseen edge of the cosmic circle to re-emerge into material manifestation again until we are sufficiently developed as individuals to exist otherwise.
The cup of Gabriel is also the cauldron of regeneration."
and then I read this post at "Too Long in This Place";
distilled words
Which (along with this picture, below) reminded me of the lyrics to Peter Gabriel's song "Digging in the Dirt" (see clip at top) 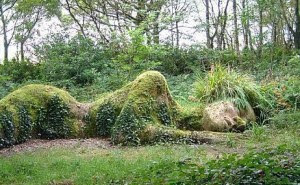 Something in me, dark and sticky
All the time it's getting strong
No way of dealing with this feeling
Can't go on like this too long 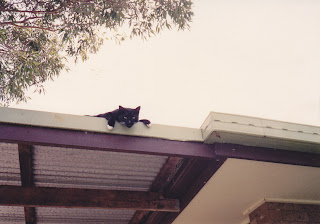