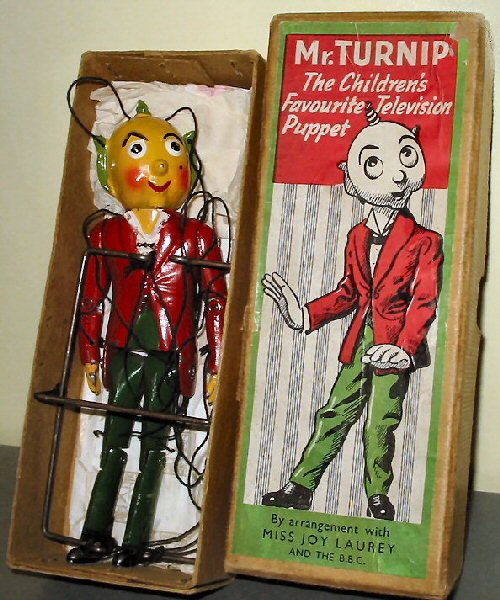 Buckle up!
We're about to go on one of my wild synchro rides. 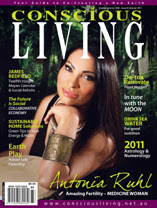 I was reading the latest copy of Conscious Living Magazine
yesterday, and I was reading the cover story called
Amazonian Medicine Woman, about a former Brazilian model and TV personality who went to live with the Kayapo tribe in the heart of Brazil's rain-forest.
And something really struck me when I read this passage;
"Unprocessed pain and trauma stored in our nervous system shuts down our heart connection.
As we accumulate more and more unprocessed pain in our nervous system we start to feel that it is simply not safe to feel, because we all feel pain, so we start to close our heart.
When our heart is healed then our relationships tend to flourish and our life is healed in many magical ways.
Our hearts are energy transmitters and receivers.
As we purify our heart we automatically contribute to the healing and purification of our environment, our planet and the people around us." 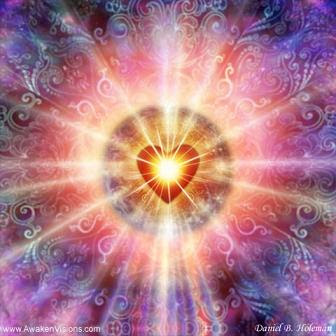 I loved the thought of our hearts as energy transmitters and receivers.
This idea hit me as a profound truth, and I knew this was important...but in it's own synchromystic way the universe was going to ram it home with synchros and visual images.
The next story, or the one after the medicine woman story was called Sharing Land and at the top of the page there is a picture of a beetroot.
Which brought my mind back to the first vegetable garden that I ever planted.
I would have been about six or seven at the time and I had bought a packet of turnip seeds from the local shop and asked my Grandma to show me how you make a garden and grow turnips.
We grew a great turnip garden with those seeds, and I think we made soup out of some of them and gave the rest away.
I loved growing the turnips, but I wasn't much into eating them, so that kind of dampened my enthusiasm for vegetable gardening.

I kept thinking about that turnip garden all day long and how determined I was to grow it and how proud I was when I harvested the crop.
It was a real childhood memory of triumph.
Then later that night when I was on the net, I saw Star had posted a story about her grandson Dylan, so I clicked on the dashboard link and went over to her blog-site Forever Young to check it out.
What had originally brought me to Star's site
(and a good site it is too) was a synchronicity involving the names Star and Dylan from a link on Nat's site.
Anyway, back to the story...I found this photo (see below) of a wooden doll called Mr.Turnip. 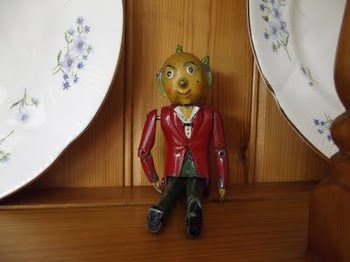 I don't recall seeing it there before, but it probably was.
I had just not noticed it there before until I saw his name was Mr.Turnip.
I had no idea who Mr.Turnip was so I Googled the name and came across this site;
Toys from Christmas Past
and found this information -

"Mr Turnip’
Painted metal puppet from the BBC’s children’s variety show ‘Whirligig’, which aired on Saturday afternoons between 1950 and 1956 and was presented by Humphrey Lestoq.
Do you remember Mr Turnip’s friends ‘Sarah Swede’ and ‘Colonel Beetroot’?
Mr Turnip’s catchphrase was ‘Lawky lawky lum’!"
I had never heard of a show called  ‘Whirligig’, so I went to YouTube and tried to find some old clips by typing in"Whirligig", but all I got where clips of these wooden propeller driven wooden toys called whirligigs (which I had never heard of either, until now).

But the one I came across first, which links up to the red paragraph above about the heart, was this clever whirligig,
and just as I thought it couldn't get any stranger, I go back to reading this freakishly synchronistic book that I'm reading called
The Man Who Drove With His Eyes Closed 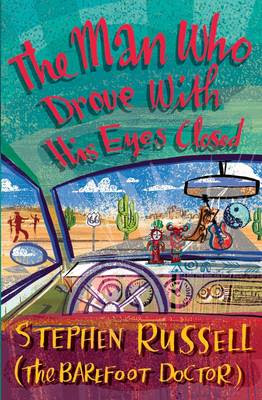 and two or three pages later when he is actually writing about the man who drove with his eyes closed (page 182) he says;
"A few years later, I was driving Frank Kramer back from Cornwall to London after five days of non-stop revelry at Whirl-Y-Gig: the first and foremost alternative, post hippie night club in the UK, specializing in ethnic beats and deep altered state lighting visual effects-generally a wild night out.
It was a bit like a Grateful Dead concert bought up-to-date with the intensity button firmly pressed on"
Then Stephen goes on to talk about a Navajo medicine woman named Erlinda who taught him to read the Tarot!??
I wondered what Erlinda meant and so looked it up;
"Erlinda \e-rlin-da, er-li-nda\ as a girl's name is of Hebrew origin, and the meaning of Erlinda is "spirited". Also feminine form of Earl, the name based on the title.
Then he talks about Rabbi Judith who taught him about the Kabbalah,and the "Tree of Life''."
And then he writes about a Christ energy that was so powerful that it simply stayed where it was: mostly in his chest.
He says,"No words are adequate to describe the love it filled me with.
Suffice it to say, this divine energy transformed me radically from that day on."
So, we're back full circle to the hearts are energy transmitters and receivers revelation in the first story I read that got all these synchs flowing in the first place. 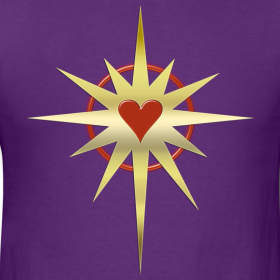