The Ambiguity of Art 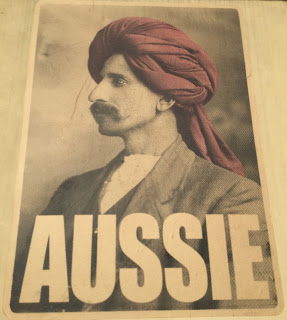 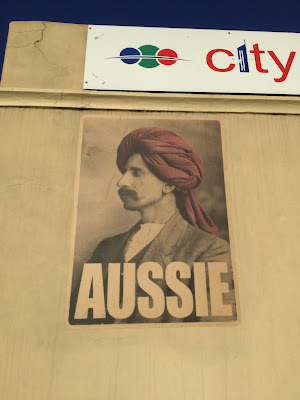 These posters really started bugging me the more I saw them, as I didn't know what the message was with these posters and what the motive of the poster hangers were.
Were these posters designed to stir up trouble and hatred in the community by implying that the person on the poster was, or wasn't a real Aussie? 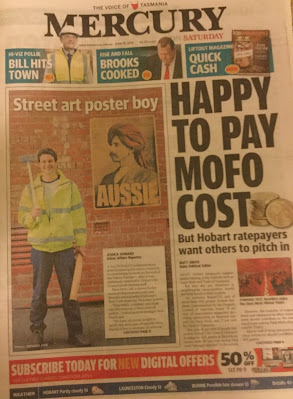 Then I saw the front page of the Saturday morning Mercury and my question was answered.
An artist named Peter Drew was trying to promote unity and diversity with these posters, which to me is a noble cause, but I think his art skill fails with this poster, because without someone explaining the motive of the poster maker the art is too ambiguous to tell what it is really suggesting. 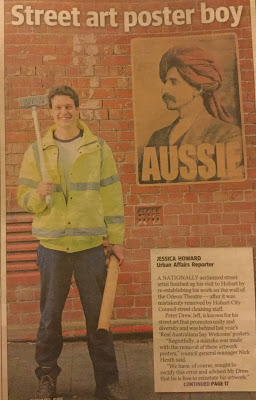 Apparently the Hobart council had removed them the year before and Peter was now allowed to re-plaster them, as now the council understood  Peter's motive.
I don't blame the council for removing them the year before, because the message in this poster without an explanation doesn't work.
It just looks like some group, or individual is out to cause trouble by hanging them and in today's political climate that can be dangerous. 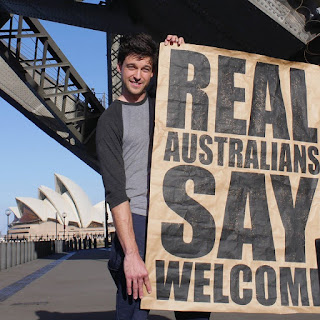 I think the poster pictured directly above was a better and less ambiguous poster that left no doubt as to what was being said.
Bad art can backfire badly, just like a bad joke;-)
If you have to explain a joke, or a piece of art to stop people taking offense then the artist has failed, in my opinion. 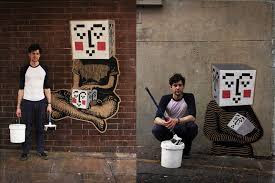 There are a lot of blockheads out there today who don't want to debate and think things over, they just want to fight and express hatred and an ambiguous poster like the Aussie poster is just fuel for their fires. 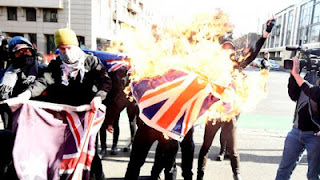 Australian flags set alight at clashes in Melbourne
"Masked members of a splinter anti-fascism group have set Australian flags on fire and scuffled with police and media in the latest Melbourne rally between rival protest groups."
I would see these posters again plastered around the streets of Melbourne, as well.
And things are a little more scary when it comes to the blockheads in that city.
What Would Jesus Do? 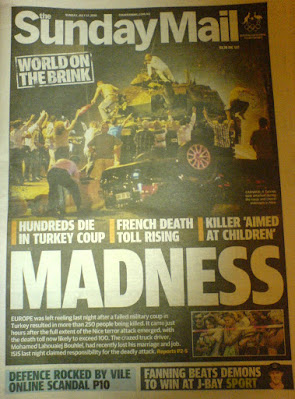 The world is mad enough now without posters being plastered around on city walls, especially if people don't get what they are trying to say.
UPDATE: 20th June, 2016
On further investigation of this poster and the story behind it form Peter Drew's website I found out in Peter's own words,
The aim of this project is to turn Monga Khan into an
AUSSIE FOLK HERO and, in doing so, use mythology to embrace our neglected histories and expand Australia's identity.

" I am currently traveling Australia sticking up 1000 poster of Monga Khan, the Aussie folk hero.... The photograph of Monga Khan was taken 100 years ago in Australia. He was one of thousands of people who applied for exemptions to the
White Australia Policy. Cameleers, Hawkers and other traders were granted exemptions because their work was essential to Australian's growing economy. For 70 years they played a crucial role... I'd like to celebrate their contribution to Australia."
Which is all great when you know the backstory of the posters, but as a stand alone art-piece it fails to communicate what it is all about, unlike some of Peter drew's other better works.
How The ‘Afghan Cameleer’ Campaign Accidentally Hides Diversity
It would have been interesting to see one of these posters (pictured directly above) in the streets of Hobart, as Tasmania pretty much had it's Indigenous population wiped off the Tasmanian map by these boat people and the mainland wasn't too far behind this island state, either.
The trouble with poster art though is that they often face a two way street when it comes to getting a message across;-)
Multiculturalism campaign overshadowed by disturbing new posters

"It’s a far cry from these new posters that show the face of shamed Australian entertainer, Harris, who was jailed in 2014 for 12 indecent assaults on four girls, and “Jihadi Jake” the shy Melbourne teen who blew himself up during an attack on Iraqi forces in March last year."
Touché.
Rolf Harris is a well known Australian artist recently convicted and jailed on child sex offenses in England and spending time in Her Majesty's prison.
Heaven's knows what inspired Rolf to write a song about tying up kangaroos ... and I won't even speculate about his "two little boys" song, but I don't want to hear any more about this sick AUSSIE bastard, thanks:-) 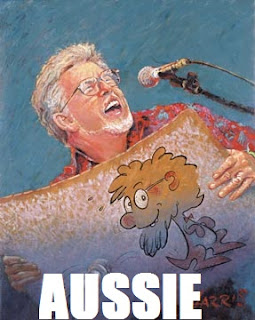 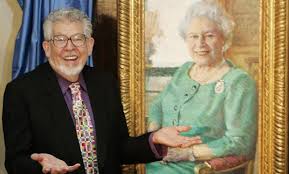 I say let's think to the future, and put the past behind us. 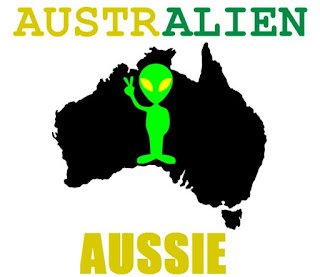