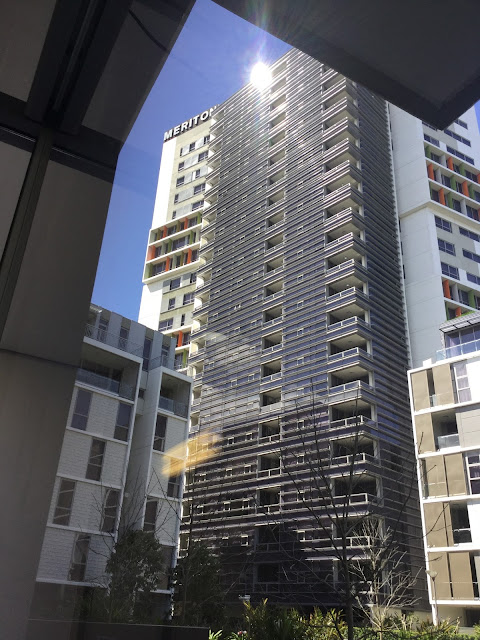 Well, I find this story that just came through in the latest news headlines amusing -
Meriton faces legal action over claims of 'masking' TripAdvisor complaints

"Australia's largest residential apartment developer is being taken to the federal court over claims it has been preventing guests from lodging negative reviews on the influential travel website TripAdvisor.
The ABC last year revealed employees at Harry Triguboff's Meriton Serviced Apartments had been instructed to use a technique called "masking" so guests are not given the opportunity to complain on TripAdvisor.
A former hotel manager, who requested anonymity, explained the process involved adding the letters "MSA" to the email addresses of guests who complained to the front desk, ensuring a TripAdvisor feedback from — which is supposed to be sent to every guest — bounces."

My Happiest Birthday Ever

As I've just spent the last half an hour in an internal debate as to whether I should start the post I'm currently writing about my walk to and through Centennial Park from the serviced apartments I stayed in for two nights in Sydney, when I went to watch my football team the Sharks take on the Cowboys in their semi-final clash in Sydney, or whether I should just start the post with me entering Centennial Park, as I feared there would be too many photos that I would have to include in the post if I started it from the apartments.
But I had some stuff that I wanted to mention about the Meriton group of hotels (nothing bad though....and thanks for the money Meriton Group;-) just rather synchy and bizarre.
Like the three guys who were dangling in a crane from a Meriton building in Sydney not long after I left the city of Sydney after staying in a Meriton serviced apartment.
'Dangerous process' to dismantle collapsed Sydney crane that left workers dangling
"A mechanical failure is being blamed for the dramatic collapse of a crane that left three workers dangling from a North Sydney high-rise building on Sunday.
At least one worker suffered broken bones in the hair-raising incident at the Meriton building site on Arthur Street that left all three men in the Royal North Shore Hospital." 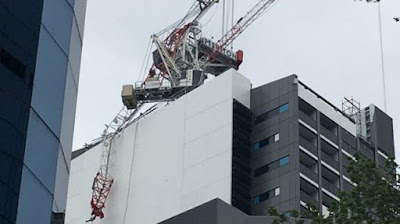 That reminds me of another crane collapse in Sydney I wrote about a while back -
Crane Sync with Jake Kotze?

I've got no complaints about my stay in these apartments, but when I came back to Sydney a week later to stay in a
Quest hotel not far from the Olympic stadium for two nights at double the price of the Meriton apartment I thought I had landed in 'Fawlty Towers'.
That post about my stay in the Quest hotel I'm yet to write, so maybe Quest can bribe me out of  writing that post if they send enough money, like the $888 room fee for two memorable nights, plus the $50 parking fee for keeping my car parked in the basement for two nights, but that's not the bad stuff.
Stay tuned on that one, or read the review I left on Booking.com, which hopefully is still there. 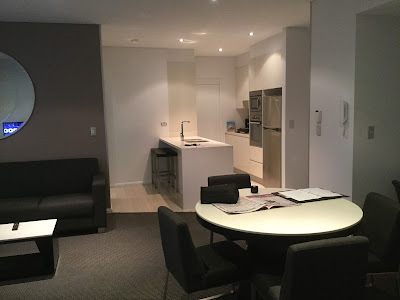 I enjoyed my stay in the Meriton apartment...no need to send any more money for this comment Meriton Group;-)...but I'll never stay at Quest again...and you would have to send a bucket load of cash Quest to get me to say otherwise. 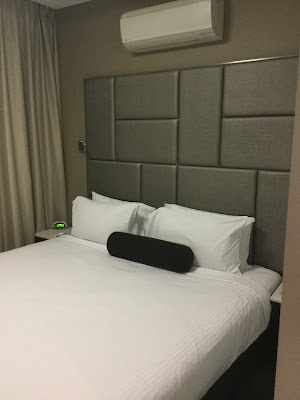 At least I had a good night's sleep in my Meriton bed, unlike in my Quest (for sleep?-) hotel bed...but that's for a future post...maybe?-) 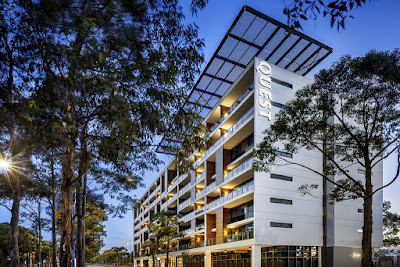 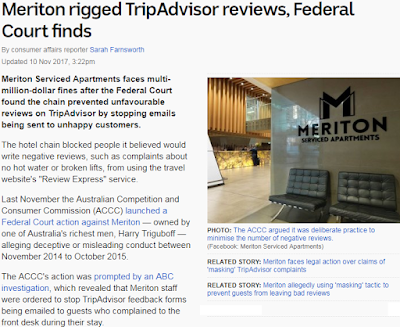