All the World is a Stage and Timing is Everything When it Comes to Time Warps and "Times Up"? 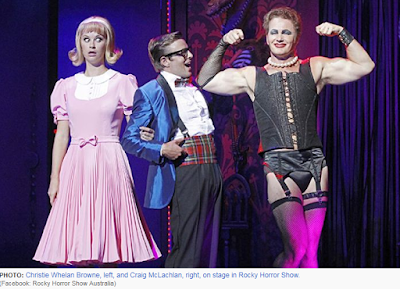 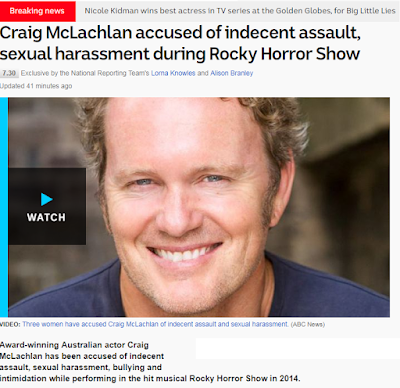 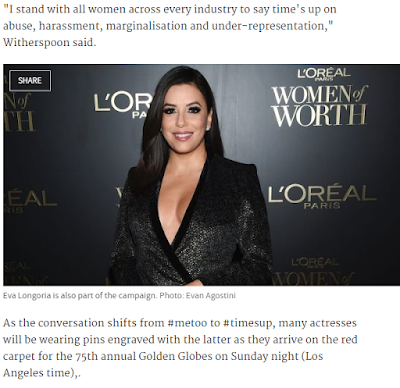 I know it's a serious situation at the moment, but it's also kind of ironic that a guy known for being the star of
'The Rocky Horror' stage show in Oz (and which is also currently touring around the country) is today being accused as a sexual predator by the 2014 fellow cast members of the show and it has all come out on the same day that the Golden Globes are being screened live to Oz from LA LA Land.
Craig McLachlan accused of indecent assault, sexual harassment during Rocky Horror Show 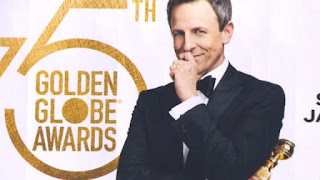 Golden Globes red carpet 2017: Black dress 'Time's Up' protest gains momentum
"This year's Golden Globes red carpet looks set to be awash with black as Hollywood's sexual harassment scandal firms as the major – and perhaps only – conversation topic of the night.
Despite a barely audible nudge from event organisers to show strength with colour, a last-minute burst of momentum has propelled the campaign to wear black into the spotlight."
That 2014 Black Friday rehearsal in the You Tube above has since proved to be an ominous sign of things to come for Craig in the not too distant future it would seem and on the day most of the stars are wearing black too, which happens to be on David Bowie's birthday (It's Monday in Oz, while it is Sunday in LA at the moment) over in this part of the world. 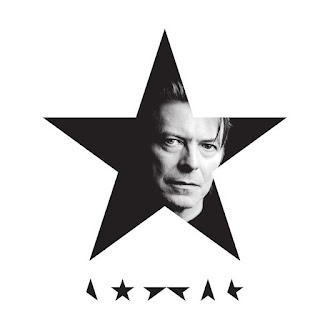 I guess the future rests with the stars after-all. 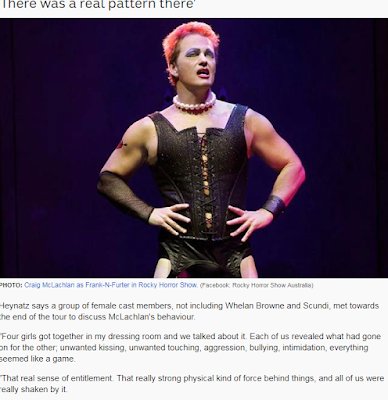 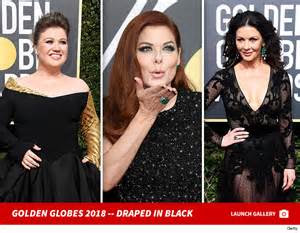 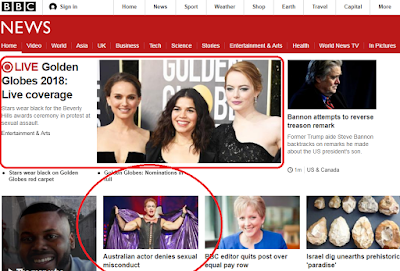