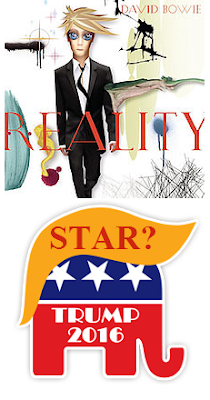 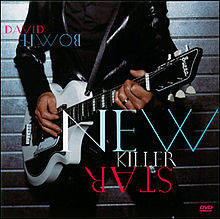 ""New Killer Star" is a song written and performed by David Bowie in 2003 for his album Reality.
This was the first single from his 23rd album.

While it is uncertain what the song is really about (like other Bowie songs), the lyrics make oblique reference to life in
post-9/11 New York City.
However the video clip, directed by Brumby Boylston of National Television, tells a surreal story using lenticular-postcard like images of a spaceship almost crashing into the modern American heartland.
Bowie himself said of the song: "I’m not a political commentator, but I think there are times when I’m stretched to at least implicate what’s happening politically in the songs that I’m writing.
And there was some nod, in a very abstract way, toward the wrongs that are being made at the moment with the Middle Eastern situation.
I think that song is a pretty good manifesto for the whole record."

The area and park are named for the artillery batteries that were positioned there in the city's early years to protect the settlement behind them.
Toward the northwestern end of the park is Castle Clinton, the often repurposed last remnant of the defensive works which inspired the name of the park; the former fireboat station Pier A; and Hope Garden, a memorial to AIDS victims.

At the other end of the park is Battery Gardens restaurant, next to the United States Coast Guard Battery Building.
Along the waterfront, Statue Cruises offers ferries to the Statue of Liberty and Ellis Island.
The park is also the site of the East Coast Memorial which commemorates U.S. servicemen who died in coastal waters of the western Atlantic Ocean during World War II, and several other memorials.
The SeaGlass Carousel, a site-specific attraction that is set to open on August 20, 2015, is designed to resemble an under-the-sea garden through which visitors ride on fish shimmering as though they were bioluminescent, in homage not only to the carousel's waterfront site, but also to Castle Clinton, which housed the New York Aquarium in the early 20th century." 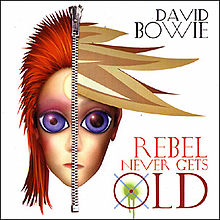 'Trumpkin' jack-o'-lanterns light up social media for Halloween
"The US presidential race has dominated news and social media in the lead-up to the November 8 election, and it now has spilled over into the country's much-loved holiday — Halloween."


"On the album's title, Bowie said:
I feel that reality has become an abstract for so many people over the last 20 years.
Things that they regarded as truths seem to have just melted away, and it's almost as if we're thinking post-philosophically now.
There's nothing to rely on any more.
No knowledge, only interpretation of those facts that we seem to be inundated with on a daily basis.
Knowledge seems to have been left behind and there's a sense that we are adrift at sea.
There's nothing more to hold on to, and of course political circumstances just push that boat further out." 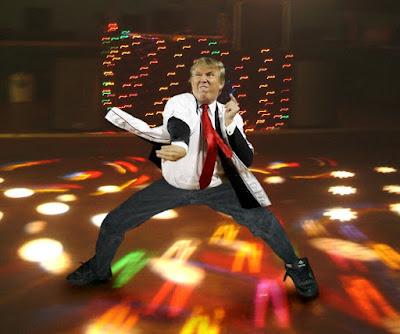 ""Bring Me the Disco King" was originally recorded by Bowie back in 1992/93 during the studio sessions for his album
Black Tie White Noise, but for reasons unknown was not released until it made an appearance on this album (in re-recorded form)."

""The Loneliest Guy" is a song written by David Bowie in 2003 for his album Reality.
It's a slow-tempo minimalistic piece in which, according to James E. Perone, "Bowie's character also lives in denial: in spite of the shards of glass that he finds near his windows, the solitary life he lives, and 'all the pages that have turned,' he expresses the belief that he is not 'the loneliest guy' in the world, but, rather, 'the luckiest guy'."
The biographer also writes: "The slow, solemn pace of the piece, the long phrases sung with a slowly pulsing vibrato suggest a profound sadness.""

Reality is a very synchromystic album, it would seem to me, considering who the president of The USA is at the end of the year that Bowie leaves this world.
""Fall Dog Bombs the Moon" is an ugly song sung by an ugly man.

So it was definitely about corporate and military power."

Yeah, If you wanted something close to a modern day prophet, then David Bowie seems to tick all the boxes.