Does Synchromysticism Sound 'Mental' to You?

Chris Mackey's Synchronicity Interview with Mitch Foy
Lightning in My Blood/Shamanism and Lightning
Turns out there are heaps of synchromystic connections, in fact I would swear that 2016 resonates very much on a synchromystic level with this movie and some major world events in the news this year.

"A young American tourist who was killed in a lightning strike on the summit of Mount Warning has been remembered by his friends as a fun-loving adventurer who had lived life to the fullest.
Sam Beattie, 24,and his girlfriend, Michele Segalla, 23, had flown into Sydney in early October from their home in New York, and were planning to spend a year travelling across Australia in a campervan.
In the first eight weeks of their dream trip, the couple had already travelled along the NSW and Queensland coasts, posting photographs on social media showing them enjoying themselves in Seal Rocks and Byron Bay, sipping wine in the Gold Coast Hinterland and swimming with dolphins on Stradbroke Island.
On Monday, they had pitched their tent at the summit of
Mount Warning, just south of the NSW-Queensland border.
Camping is prohibited on the 1556-metre peak, but it is a popular place to watch the sun rise.
On Monday night and into Tuesday morning, however, a series of extraordinary electrical storms battered the region, shocking local residents with their ferocity.
Up on Mount Warning, Mr Beattie and Ms Segalla had pitched their tent under a tree, which was struck by lightning in the early hours of Tuesday morning.
Mr Beattie's feet were touching the tree and he was killed instantly, while Ms Segalla suffered minor injuries to her head and neck and her hair was singed. A group of hikers who arrived at the summit early on Tuesday morning reportedly found her crying in the tent beside Mr Beattie."
Lightning Strikes That Change Lives

The above shot from the movie 'Mental' has a picture of the movie's misogynist Donald Trump like politician, Barry Moochmore with real life former Premier of Queensland, Peter Beattie while

Mt.Warning/Wollumbin
can clearly be seen in the background.
Of course the guy in the news story who has killed by the lightning strike also had the same surname of the former Queensland Premier, Beattie.
Not only that but Sam Beattie and his girlfriend Michele Segalla had christened their white camper-van, Barry White.
On a personal synch here I just read that Peter Beattie left office in September 13th, 2007 and my father passed away this year on September 13th, also when I won free tickets to the screening for the movie 'Mental' I chose to sit in seat number 13 -
Mental Syncs

A bit like a monolith with the word mental written across it.

In the movie Michelle believes that aliens from the TV show
'Lost in Space' are stalking her. 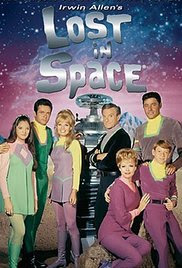 On a side note Toni Collette who plays Shaz in the movie I noticed was born on All Saint's Day (November 1st) in 1972, which is the middle day of Allhallowtide.
In other words the day between Halloween and
'The Day of the Dead'.
Toni Collette is probably best known for playing Lynn Sear in the
M. Night Shyamalan movie, 'The Sixth Sense'. 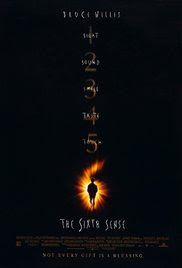 
to catch the sunrise.

I know that climb fairly well, having done that climb more than a few times now.

and while I like climbing mountains without tempting fate too much, I have no desire to climb mountains like Everest -
It's All Downhill From Here? 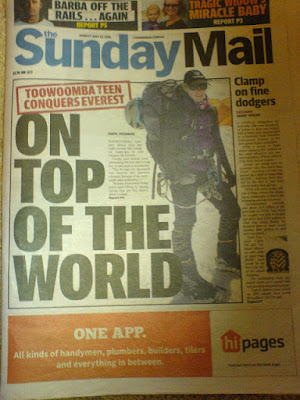 Now in the movie 'Mental', Michelle is the main character focused on in the climb up the mountain.

Now, I have to say that if my partner (if I had one again) got struck by lightning while we were trekking up this mountain, the talk of luck, fate or destiny would be of no comfort to my loss and I would regret the climb until the day I died.

Having said that though, I am a big believer in fate and that when your number is up, it's up.

And SPOILER ALERT, Shaz loses her partner in the movie through a dark twist of fate, too.
Which turns out to be a bit of a sink;-)

Watching this movie again in 2016 after reading about that tragic unlucky death on Mt.Warning/Wollumbin has certainly given me goosebumps and I'll write a separate post of why I think this movie really resonates with the year 2016, for me anyway.
But I'll leave you with these screen shots from 'Mental' to whet your appetite and give you a clue.
UPDATE:
Here is that post -
Why I Think 2016 Has Been a MENtal Year

Shark Week in the Year of the Monkey 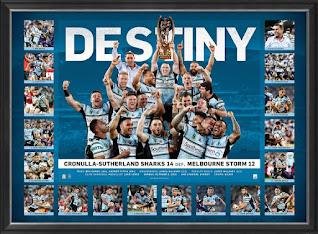 2016: Heroes, Anti-Heroes, Football, Music and Movies
Maybe all those years as a Shark's supporter has just taken it's toll on my mental health, but I think that I've weathered the Storm pretty well this year;-)
And I see in the news that Mick Fanning has put his mental sharks behind him by surfing as far away from South Africa and Australia as he can at the end of 2016.
Surfer Mick Fanning rides waves under Norway's Northern Lights
"Fanning — currently on a hiatus from professional surfing — camped out on a beach in the Norwegian archipelago of Lofoten, Norway with local photographers Emil Sollie and Mats Grimsaeth waiting for the conditions to align and, as it turned out, they didn't have to wait long.
"We'd set out a 10-day waiting period because there were so many elements that had to come together," Fanning told the ABC.
"Even then it was a bit of a roll of the dice. 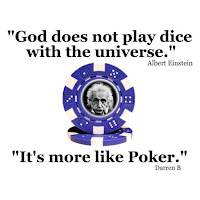 You need the right waves, clear skies and on top of all that, you actually need the lights to come on."
The lights came on for the first two nights, however, the waves refused to co-operate.
"But on the third night we got lucky," Fanning said.
The surfer spent the night riding "surprisingly good" waves as the photographer set to work capturing an image they planned for two years.
In keeping with his ethos for 2016, Fanning also took time to take in the spectacle.
"From my end it was pretty easy, I just had to ride the waves," Fanning said."