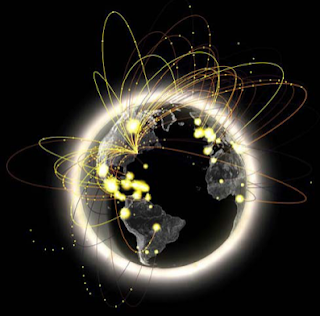 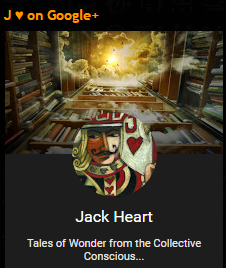 I really liked this part of the post, but click on the link above and read the whole lot for yourself -
"Our theory of the new, noösphere incorporates the creation and proliferation of the World Wide Web, with all its associated technologies, as part of the third strata of planetary development.

We have previously described this communication network as the “infosphere.”
The accelerating partnership of man and machine (ie: humans and the internet) as a mechanism of the new, noösphere has ominously been labeled: Technological Singularity (but this is another thread of the tale, best told another time).
Suffice it to say that humanity and our technological tools are inseparable as the sphere of human thought.
The new, noösphere is inclusive enough to incorporate
Gaia Hypothesis within the processes of all three strata.
This inclusion would imply a planetary sentience.
This places humanity as part of the process, not the ultimate center of it.
Again, this quickening of evolution is evidenced by the current increase in geologic activity, the acceleration of climate change and the planetary mammalian rise in consciousness.
Each is an example of a hastening of the three developmental spheres of the planet.
We would argue that this is an interrelated unfolding of the three spheres, in tandem, as an expression of the system as a whole.
The accompanying rise of Conspiracy Culture International represents a fundamental shift in the workings of information flow, worldwide.
The demonization of the press is a symptom of this shift, as is the rise in importance of a certain somebody’s infamous twitter feed.
These are symptoms of the immediacy of information exchange."

Thanks for reposting the "Conspiracy Culture International" piece... The sync-o-sphere has been on fire as of late. I tried to cover a lot of ground with few words on that one!