Twitching in My Backyard 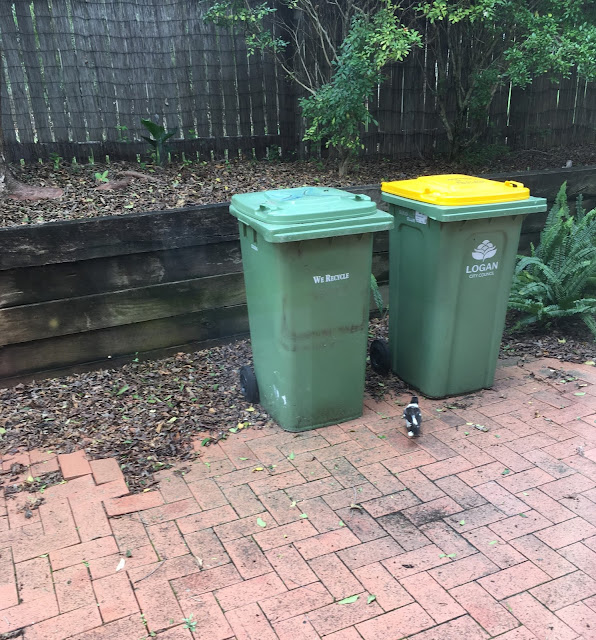 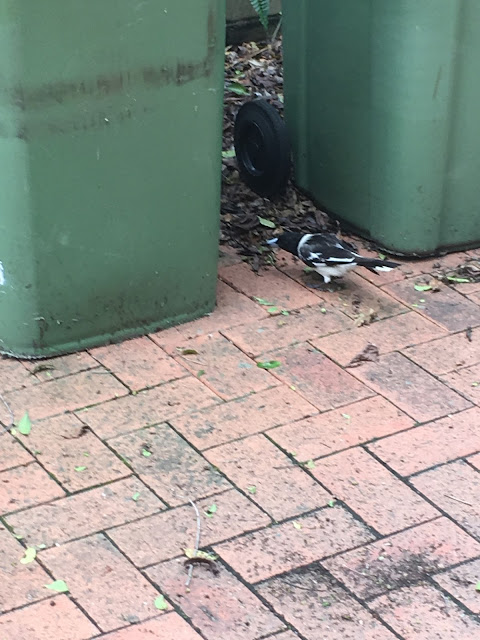 I was sitting in my dining room around lunchtime just after listening to a podcast about bird-watching, or twitching, and I heard this awful commotion coming from my backyard. 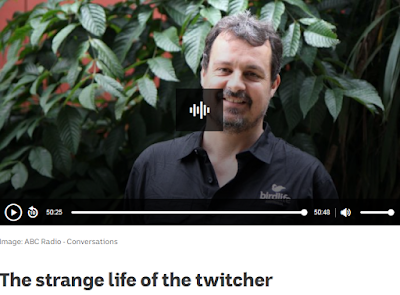 The strange life of the twitcher
"Sean says everywhere he goes he is thinking about birds, and in family photos he can often be seen looking to the sky.
In 2002 he set out to break the Australian birdwatching record, of seeing the most species of birds in one year.
And he did it, against the odds, and sometimes in the strangest of circumstances.
Sean is now the editor of Australian Birdlife." 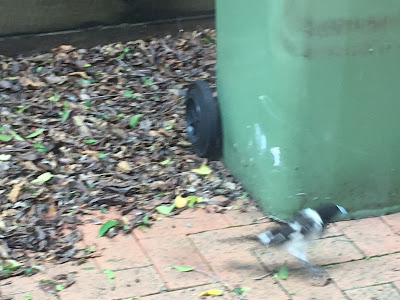 When I looked outside I saw a whole heap of frantic black and white feathers flapping around wildly and at first I thought it was just a magpie trying to scare off my metal magpie I have in my backyard. 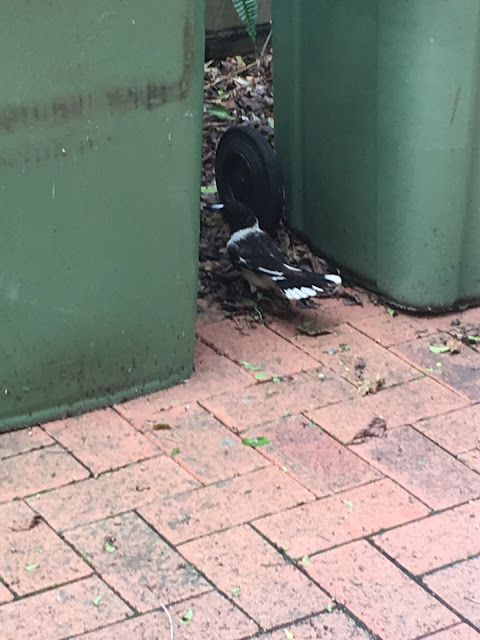 It turned out to be a butcher-bird, but it wasn't the metal magpie that had its attention, it was a snake.
It was trying to take off with a 2 foot long dark green snake that had a body as thick as a garden hose.
The bird nearly took flight with it, but when it was about four foot into flight it dropped the twitching snake behind my bins and then went looking to reclaim its find. 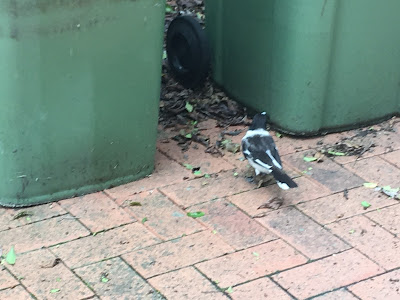 I was truly hoping the bird would find the snake again and get it out of my backyard, because I was in the habit of going out to throw stuff in my bins at night barefooted without the lights on...but not anymore I'm afraid....because now I am afraid literally to do that anymore. 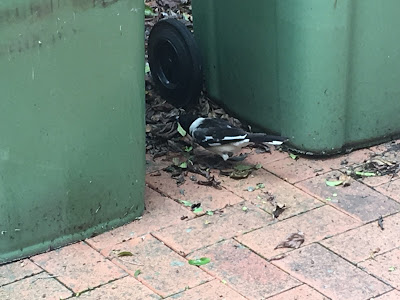 After a good hunt for the snake the butcher-bird took off without its bounty leaving me with a bloody missing snake in my backyard. and me twitching in my boots.
I never got a shot of the bird with the snake unfortunately, or the snake for that matter.
In fact I have no idea where the bloody snake went.
It must have buried itself in the leaves and got away.
Lights on at night for my future bin trips from now on...I'm afraid.
Butcher Birds?
I just hope my new friend doesn't bring me anymore home warming gifts in future;-)
Sean Dooley talks comedy, bird-watching, and family life 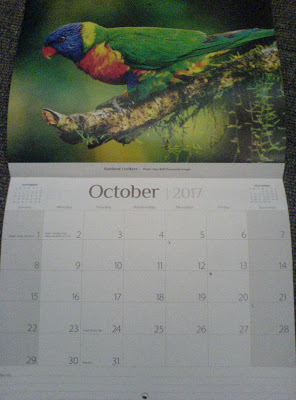 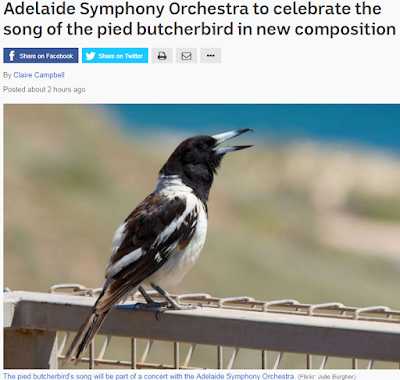 I just saw this news story about butcher birds at the ABC news site.
Adelaide Symphony Orchestra to celebrate the song of the pied butcherbird in new composition