Playing Chicken with Fate in the Year of the Rooster? 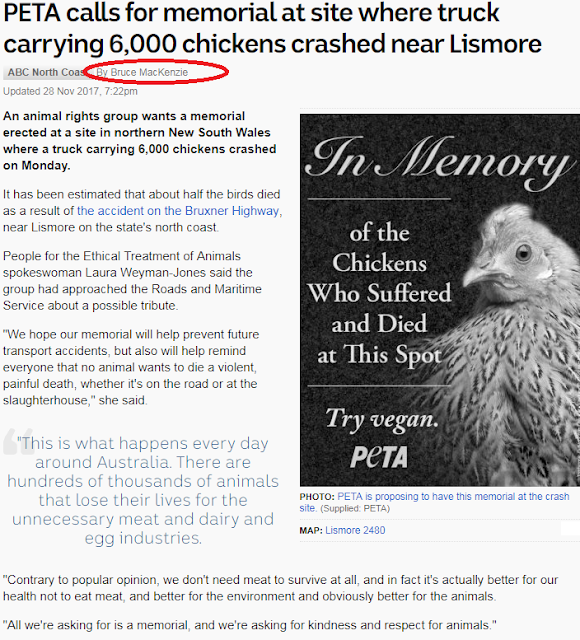 On the 28th of November, 2017, I saw
the above news story at the ABC website written by Bruce Mackenzie about a truck carrying 6000 chickens crashing on the Bruxner Highway in New South Wales. 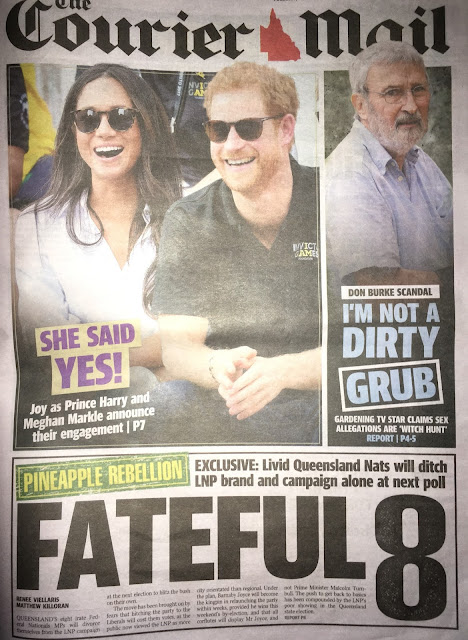 On the same day in the November 28th 'Courier Mail' newspaper with the headline on the front page of 'Fateful 8" (Fateful Ate?-), which had nothing to do with the chicken story, there was a cartoon of caged chickens discussing a jailbreak.

But that's not all, because if you have read my previous post about my drive down Mount Cotton Road to see 'Logan Lucky' -
Logan Lucky: Mountain Mamma, Take Me "Home" Country Roads?
you'll see I mentioned the John Denver song sung by Farrah Mackenzie in that movie, called 'Take Me Home Country Roads'.
But that is still not all, because that chicken truck was heading for the Darwalla abattoir at Mount Cotton (off Mt.Cotton Rd.) in Brisbane for processing. 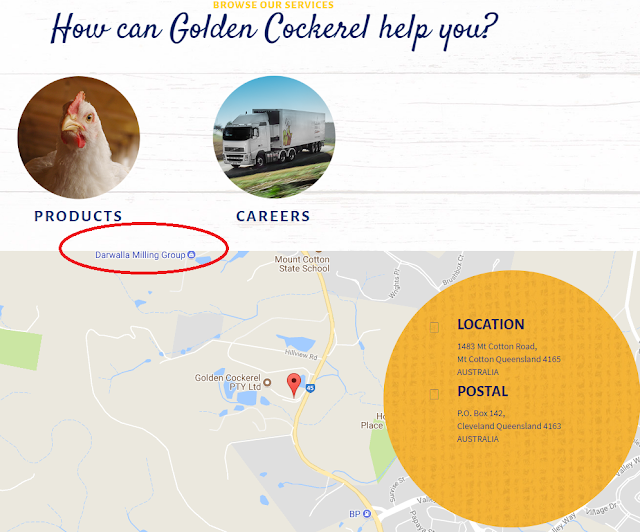 "The broiler chickens had been on their way to the Darwalla abattoir at Mount Cotton in Brisbane for processing." 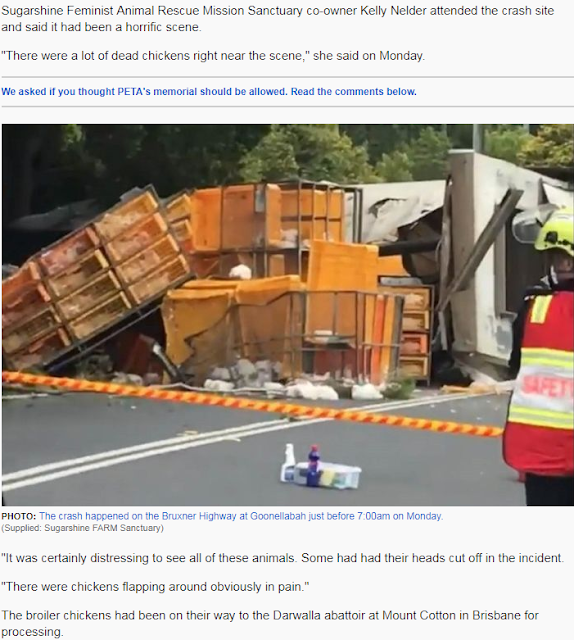 I have a tin chicken in my backyard which I bought for my new home, because I bought it in the 'Year of the Rooster'.
It's been a weird year, that's for sure. 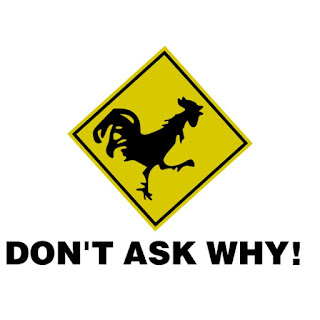 Just for the record though, while I do eat a mainly Vegan diet at present (I eat honey still) I'm not a Vegan, I just do it for personal health and the planet's future sustainability (cattle/dairy industry).
While I try not to inflict unnecessary pain on animals, to me the animal world is a rather cruel "dog eat dog" kind of world where animals eat and kill other animals anyway and you can't stop that.
As an example I was reading the now defunct 'Slow' magazine which had a wine advert on the back bragging about how their chickens roam free to eat the bugs that eat the winery's grapes.
Poor bugs? 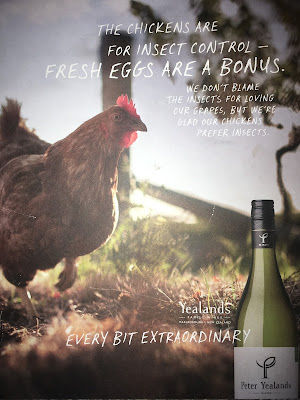