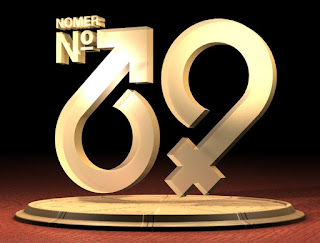 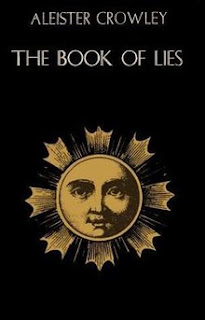 "The Book of Lies (full title: Which is also Falsely Called BREAKS. The Wanderings or Falsifications of the One Thought of Frater Perdurabo, which Thought is itself Untrue. Liber CCCXXXIII [Book 333]) was written by English occultist and teacher Aleister Crowley (using the pen name of Frater Perdurabo) and first published in 1912 or 1913.

As Crowley describes it: "This book deals with many matters on all planes of the very highest importance.
It is an official publication for Babes of the Abyss, but is recommended even to beginners as highly suggestive.""
"The book consists of 93 chapters, each of which consists of one page of text.
The chapters include a question mark, poems, rituals, instructions, and obscure allusions and cryptograms.
The subject of each chapter is generally determined by its number and its corresponding Qabalistic meaning.
Around 1921, Crowley wrote a short commentary about each chapter, assisting the reader in the Qabalistic interpretation.
Several chapters and a photograph in the book reference Leila Waddell, who Crowley called Laylah, and who, as Crowley's influential Scarlet Woman, acted as his muse during the writing process of this volume."

"In his Confessions, Crowley discusses how the book was to lead to his joining Ordo Templi Orientis.
He wrote each chapter at lunch or dinner "by the aid of Dionysos," with one chapter that was especially troubling.
He eventually was able to get it written after much effort, but he remained dissatisfied and angry with it.
Not too long after it had been published, he was visited by Theodor Reuss, then head of the order.
[Reuss] said that since I was acquainted with the supreme secret of the Order, I must be allowed the IX° and obligated in regard to it.
I protested that I knew no such secret.
He said, "But you have printed it in the plainest language."
I said that I could not have done so because I did not know it.
He went to the bookshelves and, taking out a copy of The Book of Lies, pointed to a passage in the despised chapter.
It instantly flashed upon me.
The entire symbolism, not only of freemasonry but of many other traditions, blazed upon my spiritual vision.
From that moment the O.T.O. assumed its proper importance in my mind.
I understood that I held in my hands the key to the future progress of humanity.
Aleister Crowley sometimes said that this could not have happened the way he remembered it, since The Book of Lies had not yet come out when he joined the O.T.O.
As previously mentioned, however, Wilson claims that the book lies about its publication date.
Assuming this event did take place, readers have suggested various possible chapters that might contain the secret. 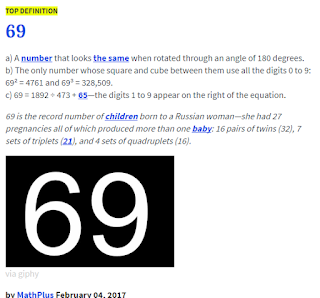 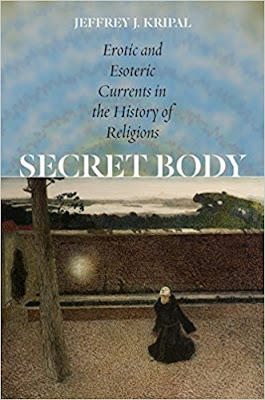