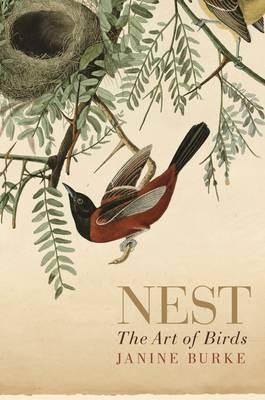 I'm reading a book by Janine Burke called
Nest:The Art of Birds, which is a book where Janine is trying to persuade the reader that nests could be considered works of art in their own right, even if not made by a human artist.
She doesn't have to twist my arm too much there.
I bought Nest:The Art of Birds after a talk Janine gave at the
Byron bay Writers Festival last year.
She even brought real birds nests along with her for the audience to examine. 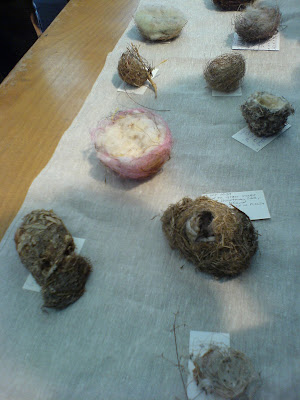 But what really got my interest was the information on crows that was in her book.
The main difference between the Australian Crow and the
American Crow is the colour of their eyes.
The Australian Crow has white eyes and the American cousin has black eyes.

Janine also tells the story of the Tower of London's ravens, which I had not heard of before.
Janine also wrote about the intelligence of crows and some amazing stories like this one in the You Tube below.
She also tells how crows like to cache their food all about the place then come back for it at a later time, before it rots.
On the subject of creating a cache, that reminded me of the crow I photographed while my son was trying to find a Geo-cache, which I wrote about here -
Flow Like Poe?
Another crow coincidence in the book was the place where the book was printed, 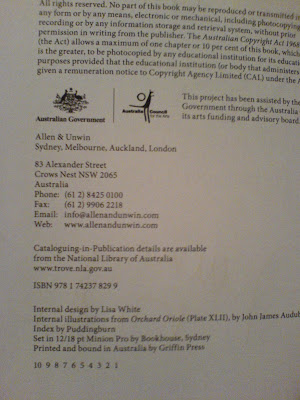 Crow's Nest!?
The Bower Bird was also mentioned in the talk at the BBWF and also in the book.
You can see a similar talk that Janine did in the video clip at this site 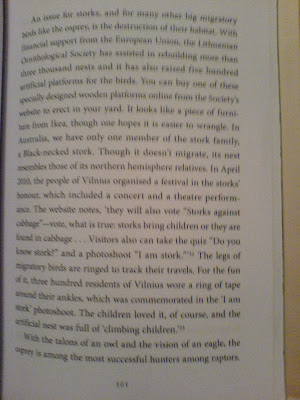 I like how Janine mentions
(if you can see through the blur of the out of focus shot of the page)
the "I am Stork" activity from a 2010 European Stork festival, because actor Bruce Spence was at the BBWF that day and I snapped a shot of him on the sly.

Sync Degrees of Jackie Weaver
Weaver Birds are also mentioned in the book, too.
Also on the same page Janine uses a four letter word that makes me sick to the stomach, IKEA;-) 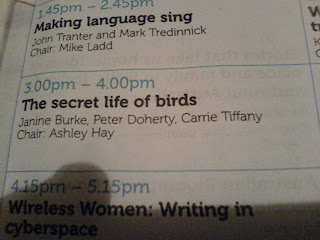 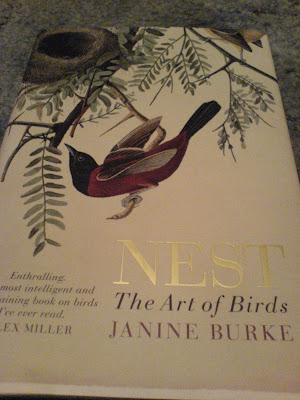 The book made a great souvenir as a reminder of the day, as well as a source of new information on birds and how they are woven into pop-culture going back quite a while in human history.
The only thing missing in the book was mention of the
New Zealand Crowe;-) 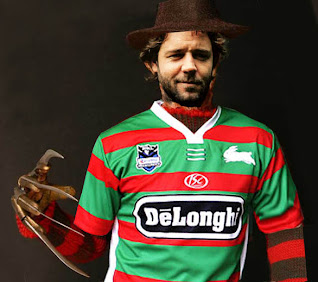