The Man, The Well (and how he fell)

I picked up this book at the Byron Bay Writers Festival in 2011 on a whim. 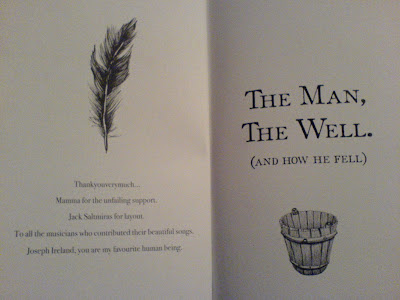 What attracted me to it was the idea of a man falling down a wishing well and being trapped at the bottom of it, perhaps wishing futilely to get out of the wishing well he was trapped in, ironically.
I had the idea one day of writing a song called "Drowning in a Wishing Well", so I was surprised  to see a book with a similar idea, which had beaten me to the punch
(and I still haven't written it yet either ... probably never will the way things are going) 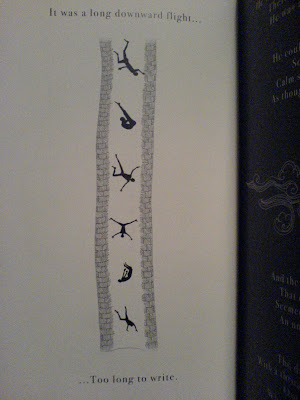 I love the illustrations in the book, too. 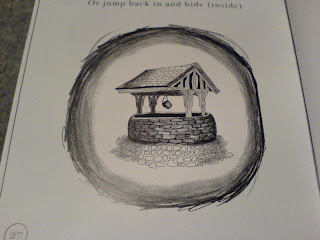 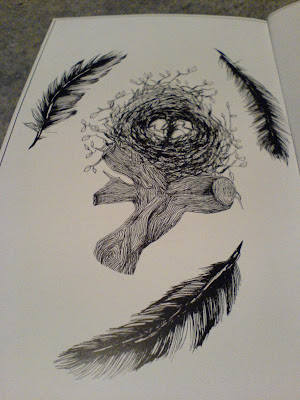 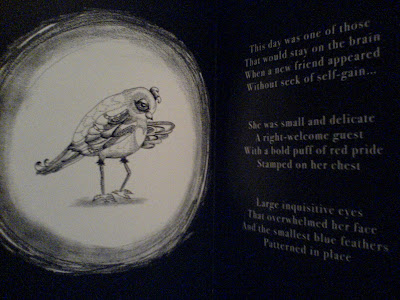 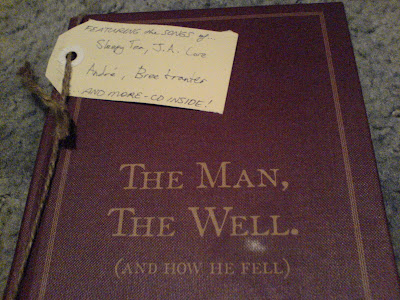 But, what I really like is the CD of great songs that came with it, with local artists singing songs inspired by the story.
Featuring the original songs of:
Members of the Middle East and more!
Joseph Liddy and the skeleton Horse
Bree Tranter
J.A.Core
Dragging Pianos
Nathan Roche & Jordan Ireland
R. Somerset
Ruby Kammoora
The Starry Field
Andre'
Skeleton Jack
Matt Maclean
Silver the Moon
Paul Liao
SleepyTea
and Esteban
I especially like Bree Tranter's  song Winter.

also on the disc is Sleepy Tea, although not this song -
Matt Maclean
On a side note, when I was looking on Google for Matt Maclean
I came across this tragic story 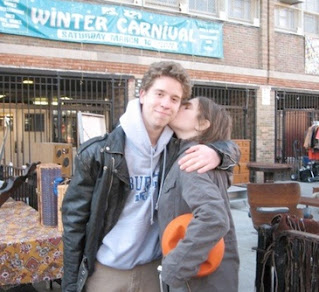 "The young man and woman who were killed by a falling tree during the Hurricane Sandy surge in Ditmas Park on Monday night have been identified as Jessie Streich-Kest, 24, and Jacob Vogelman, 23.
Officials said they were out walking a dog when a tree fell on them;
according to local residents, this may have happened sometime between 8 p.m. and 10 p.m., when several large trees in the neighborhood were knocked over.
But their bodies weren't discovered until the next morning.
"[The victims] were covered by branches," witness Gina Alica, who walked past the scene Tuesday morning, tells DNAinfo, "You could see their faces."
Another neighbor tells the website, "I heard a tree go down around 10 or 11 p.m. yesterday.
I didn't see it hit anybody."
The Observer reports that Streich-Kest is the daughter of Jon Kest, executive director for New York Communities for Change.
She grew up in Ditmas Park and worked as a teacher at the Brooklyn School of Social Justice.
“I can’t believe she is not here anymore,”
her friend Matt MacLean tells the Post.
“Her passion for animal welfare, political activism and her new career as a high-school teacher were so amazing.”
Vogelman, a SUNY Buffalo graduate, was studying at Brooklyn College.
A friend describes him as "kind and always smiling." "
Young Couple Killed By Falling Tree While Walking Dog In Ditmas Park Sandy Surge
Reminded me very much of the two runners that were struck by falling branches in this storm in Brisbane pictured above on March 24th this year which I wrote about here - 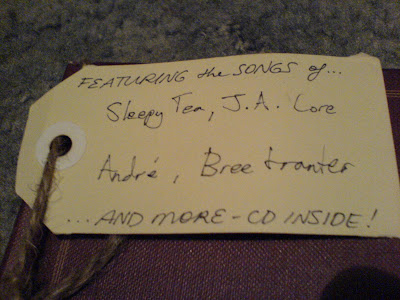 It may not be everybody's cup of tea, but I'm glad I fell for the well and discovered some great artists inside.
It's a little work of art in my book;-)
Note:
The only song on the disc that is featured in this post is Winter by
Bree Tranter, I couldn't find any other songs on You Tube off the CD that came with the book.
The only way to hear the rest of the songs from the book is to buy the book I guess.
I'm sorry ... but I bet Imogen's not.
Posted by Brizdaz (Darren) at 5/02/2013 10:59:00 PM