The other day when searching for some music to play I halfheartedly asked the universe for a sync and blindly ran my hand over my CD collection and pulled out the soundtrack to
Repo Man. 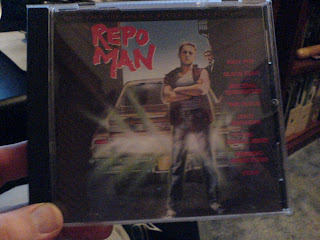 Being out of work with my finances heading for ground floor I thought this wasn't the choice I wanted to see in my hand.
I love a lot of the songs on this CD, but I wasn't in the mood to focus on a Repo Man, so after wondering why I would get this CD as my answer I put it back and chose another CD.
A day or two later I go over to The Secret Sun and see this post featuring the above clip about synchronicity from the film
Repo Man
AstroGnostic: The Ultimate Star Trek Fans 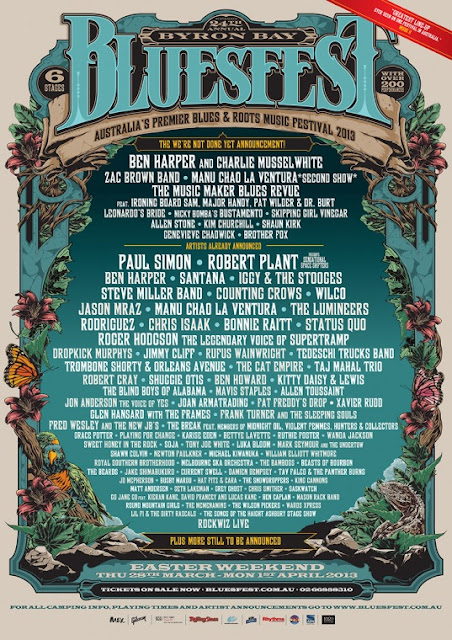 Iggy Pop played Bluesfest this year, but I didn't see him play, as I bought tickets for Rodriguez, which makes the following quote from the movie seem a bit of a sync -
Bud:

"Goddamn-dipshit-Rodriguez-gypsy-dildo-punks. I'll get your ass"
Miller:
"A lot o' people don't realize what's really going on.
They view life as a bunch o' unconnected incidents 'n things.
They don't realize that there's this, like, lattice o' coincidence that lays on top o' everything. Give you an example; show you what I mean:
suppose you're thinkin' about a plate o' shrimp.
Suddenly someone'll say, like, plate, or shrimp, or plate o' shrimp out of the blue, no explanation.
No point in lookin' for one, either.
It's all part of a cosmic unconsciousness."
And in regard to Star Trek that Chris Knowles referred to in his post, the new Star Trek movie starring Chris Pine is out,so maybe this quote as well - [Regarding tree-shaped air fresheners]
"Find one in every car. You'll see."

Plus, I just won two free passes to the movie
The Place Beyond the Pines 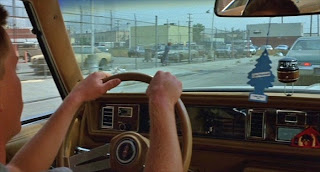 Did they mention brews in that last song?-)
Oddly, the above song is called Institutionalized by
Suicidal Tendencies,
and as I mentioned in my comment at The Secret Sun post, how appropriate to a post about the "Heaven's Gate" cult? 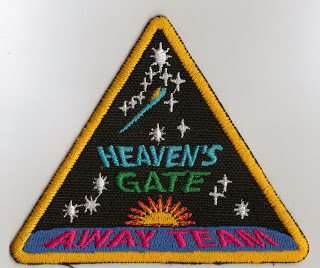 "ARMED With a DREAM"/42 Sync
I couldn't help noticing that the number-plate on the mysterious car in Repo Man has the numbers 127 in that order on it.

Which reminds me of James Franco's movie 127 Hours.
Apparently James likes Gosling's acting in
The Place Beyond the Pines -
Burning for Gosling
"I loved the whole film and was engaged every moment of the way.
But what I want to talk about is the first section, the Gosling section;
I want to make love to this section."