On the Right Track?

I just love the cryptic nature of synchronicity. 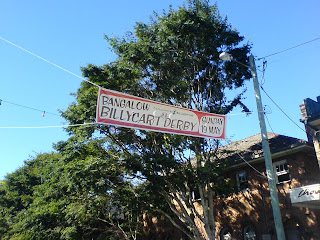 I've been waiting for the Bangalow Billy Cart Race for a long time,
I meant to go the previous two years, but always forgot and missed the day.
This year though I was determined to get down there and see it for my first time.
Why a billy cart race you ask?
Well it all goes back to a dream (?) I had after my father-in-law died -
My WTF Birthday Card ,
which featured him pushing me up and over a hill in a pale blue peddle car.
This has set me off on an obsession of trying to find out the meaning of this very real dream that I had, plus my obsession of trying to find a match to this blue car from my dream.
Life Is A Boxcar

I found the above picture the other day, which matches the colour of the car in my dream, plus the silver/white tyres.
I've been using it as my desktop background for the past week or so.
I chased the photo down on the net after seeing the above picture of an old Hudson with a pale blue finish and white/silver wheels.

The guy that owned the old beat up Hudson was featured in a post about his restoration of old railway diners.

The Spud Boy Diner
Anyway, the Hudson that I've been using as a desktop background has the number plate
622-127 on the front and I also noticed the car out of the movie
Repo Man has a 127 number-plate also -
Repo Man/127 Sync

So, I decided to take my Repo Man soundtrack with me on the drive down to Bangalow.
But I pulled this CD out of the rack by "mistake" -
The railway tracks meant nothing to me when I pulled the CD out, because I wasn't aware of the old railway line running behind Bangalow's main street, but I had seen Brett play these songs live a few years ago when he supported Pete Murray

(who lives near Bangalow)
So I grabbed Brett's CD So Much More,

as well to take along for the long drive.
I just noticed the tree behind Gordon Tindall's 1951 Hudson Hornet and the tree I thought was a maple tree in Bangalow look pretty much the same.
I'm hoping to use my free tickets today to see

The Place Beyond the Pines.
James and the Giant Peach Syncs 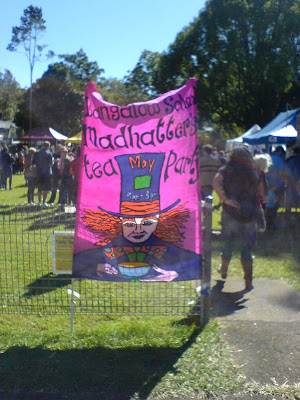 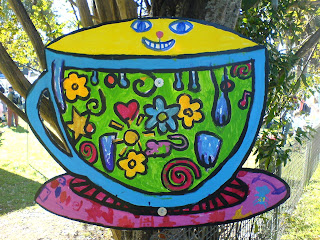