If you have lost someone to suicide, or are contemplating suicide in a half hearted manner (I have to say that you will never stop someone whose mind is set on going through with it) then I HIGHLY recommend you watching this video above.
As being someone who attempted suicide about 32 years ago ... attempted is not the right word, because I went through with it ... it was only "fate" that "saved" my life.
I'm literally a dead man walking in a sense.
But I have to say that Julie has hit the nail right on the head with this video.
Nobody is going to hell (if there was such a place) for committing suicide and I don't care what anyone tells you about this, because they are not talking for God on this point, but there are always consequences for you and to those you leave behind, that is if you are leaving anyone behind.
But if the circumstances of life, real, or imagined haven't ever put you in this position then you are in NO position to judge anyone who has been put there.
Like Julie says in the video, nobody (I think) ever wants to 100% kill themselves, it's more like a 70/30% decision where the scales are tipped overwhelmingly in death's favour that anyone decides to kill themselves.
There is always a part of yourself that wants to live in my experience, that you have to work to ignore if you are to succeed in killing yourself.
I'm sure there are a lot of cases where people did it on the spur of the moment and in hindsight thought it was a dumb idea, but I'm from the camp of suiciders where life just ground me down to the point that I could see no way forward in my life.
I've heard people say how selfish people were who committed suicide and I think, mate you haven't got a F#CKING clue you mindless imbecile.
Take your rose coloured glasses life has given you off for a minute and you might just see something d!ckhead.
I could rant on forever here, but my point is Julie is right on the money with what she says in that video.
If you have lost someone close to you by suicide, then from my own experience of trying to end my own life 32 years ago this is the video I would have hoped my parents had watched if I had of succeeded with that attempt, because I haven't heard a truer word when it comes to that taboo subject of suicide.
And why is there only 6 views on this video at the moment, this is one of the best videos I have ever seen on the subject?
And if you really know what's kept me going for 32 years, it's the fact that I can always die another day ... and this was well before Madonna sung about it.

A day, or two after writing this post I saw this disturbing news story going viral over the internet -
12-Year-Old Girl Hangs Herself in Front Yard—Adding More Tragedy Is What People Did with Video

I didn't watch the video ... and I doubt I ever will, but the disturbing part for me is that anyone can watch it, including young kids, who will be very sorry they ever did. 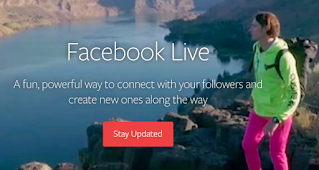 I'd hate to be a kid growing up in today's world of Facebook and the internet, as such technologies are a very double-edged sword when it comes to human interaction.
There are even tribute videos on You Tube to Katelyn from a person who has embedded her last words into the sound track of photos of her with Jesus images all around her, probably to make the person who put this together happier about his or her own faith more than anything else, and I'm not knocking it even though I'm not into Jesus.
Whatever gets you through the night I guess.
I did watch and listen to that You Tube and it is truly heartbreaking, but I'm not going to upload the video to this post, although this is the link to it at You Tube if you truly want to know why a 12 year old would take her life and in her own words -
Katelyn Nicole Davis (Dolly) "THE LAST WORDS" (WARNING: GRAPHIC CONTENT) SENSITIVE FOR YOUR EARS
Suicide is something that isn't going to go away anytime soon in the society we live in, if anything it will become more and more common and will effect more and more people.
A head in the sand approach won't help much, but neither will these viral "suicide notes" to the world that anyone can see, no matter how old and emotionally unprepared they are.
Posted by Brizdaz (Darren) at 1/11/2017 09:52:00 PM