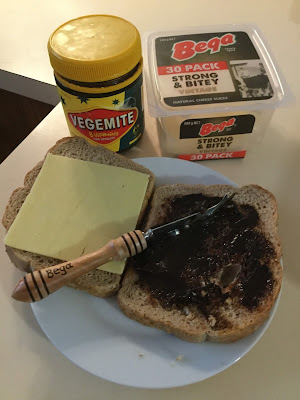 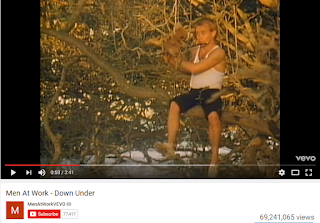 At last, something most Aussies can celebrate together on...or around Australia Day, Vegemite is majority owned by an Australian company again.
Vegemite bought by Bega from US food giant Mondelez International
"Vegemite is set to return to Australian ownership after dairy company Bega announced it would buy most of Mondelez International's Australia and New Zealand grocery and cheese business.
Bega, in a note to the Australian Stock Exchange on Thursday morning, said it would use bank debt to fund the $460 million acquisition.
The deal does not include Philadelphia products but will see Australian ownership of Kraft-branded products, including peanut butter, cheeses and mayonnaise."
It just seems to be one controversy after another when it comes to Australia Day, from whether to eat lamb, or not on Australia Day, offensive(?) TV ads about eating lamb and counter You Tube spins on the ad, which may be offensive themselves, to the day itself and what it means to certain Australian groups.
I couldn't get that last You Tube to upload, so you'll have to click on the link under the screenshot and watch it at the You Tube channel if you want to view it, sorry:-) 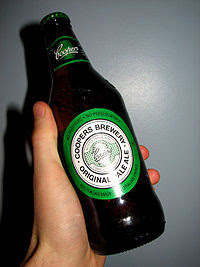 I do eat lamb, but this year I might just celebrate Vegemite being Aussie owned again by eating Bega cheese and Vegemite sandwiches and drinking Coopers beer.
I've had a block of Bega cheese in my fridge constantly (but not the same one:-), since my visit to the Bega Cheese Factory earlier this year, which I wrote a post about visiting at this link -
Art, Birds and Synchronicity are My Therapies 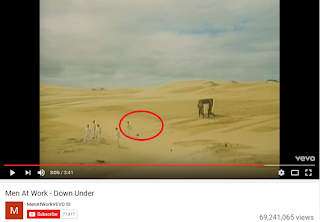 I always find watching the 'Men at Work' 'Down Under' music video quite eerie with the rumours that Greg Ham may have killed himself over the copyright lawsuit filed against him and the members of Men At Work, for allegedly stealing a few bars from "Kookaburra" for the flute riff in "Down Under".
The part of the video I find eerie in hindsight is Greg sitting in a tree playing the flute riff to a koala hanging from a rope in the same tree and then in a later part of the video where Greg is trailing the group with the same koala dangling on a rope behind him while four guys dressed in black seem to be walking behind him carrying a coffin like case in a mock like funeral procession.
Copyright Kills “Men at Work” Flautist, Greg Ham
How the song turned sour for a 'beautiful man' - Sydney Morning Herald

"I'm terribly disappointed that that's the way I'm going to be remembered -
for copying something.''
There's nothing new under the sun in Pop-culture.
That phrase isn't mine, if you where wondering, I just copied it and mashed it up a little.
"This world-weary viewwas already expressed in 1382 in the Bible translation attributed to JohnWycliffe's followers:
“No thing under the sun is new” (Ecclesiastes 1:9)."

And God knows where those Bible dudes flogged it from;-)

On the subject of partys on the beach, 80s hit songs and litigation, I just saw this news story -
Lambada singer Loalwa Braz found dead in Brazil
"Loalwa Braz, the Brazilian singer best known for the 1980s hit Lambada, has been found dead in a burnt-out car in Brazil.
Local police confirmed it was Braz, but the circumstances of her death are unknown.
The singer, who was 63, was discovered close to her home in Saquarema, Rio de Janeiro state.
International hit Lambada was released by French group Kaoma in 1989, with Braz providing the Portuguese vocals.
It sold millions of copies around the world.
In Portuguese, the song was known as Chorando se foi (Crying he/she went).
The tune and lyrics were based on a Bolivian song, but the title, Lambada, came from a dance style in northern Brazil.
The Bolivian brothers, who recorded the original version with their group Los Kjarkas in 1981, took legal action against Kaoma for the song's unauthorised translation and were reported to have received a pay-off.
The song, with its catchy beat and sensual lyrics, continues to inspire musicians today.
US pop singer Jennifer Lopez used the tune in her 2010 hit On The Floor.
British group The Spice Girls mentioned the Lambada by name in their 1998 single Spice Up Your Life.
UK electronic group Clean Bandit cited it, in a BBC interview, as one of their biggest inspirations.
"It's been quite inspirational for us," said band member Grace Chatto. "It's got that mix of euphoria but also melancholy and beauty that we try to recreate.""

Sir Paul McCartney sues Sony over Beatles songs
"It could become one of the most important legal battles in music - Sir Paul McCartney is suing Sony over control of The Beatles' back catalogue.
The star has gone to a US court, seeking to regain the publishing rights to 267 of the band's classic songs.
He's been trying to get them back since the 1980s, when Michael Jackson famously out-bid him for the rights."
I remember most of those songs like it was only 'Yesterday' that I heard them playing;-)
I thought Paul sang 'Ebony and Ivory' with MJ.
Ouch!
Sorry Paul;-)
Posted by Brizdaz (Darren) at 1/19/2017 05:59:00 PM

"...each person who holds the truth of his synchronistic journey, while listening for the truth in another's journey, helps to build a new, more truthful worldview.
And because of this honoring of evolving truth, that person exudes a special influence on the world.
"
From "The Twelfth Insight" by James Redfield.